It seems that gambling will finally come to Grand Theft Auto Online, the online module of the hitGTA V. The news appeared on Rockstar studio's Twitter account, which published a short video featuring a neon-style logo of the game with the following description: 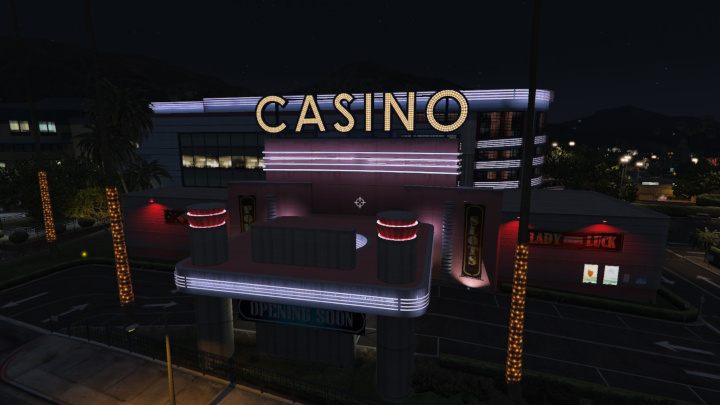 Welcome to the casino.

The casino in Los Santos has existed since the beginning of the game. Until now, however, it has not been possible to use it. The first credible indications that this may change soon appeared last week thanks to a Rockstar fan, TezFunz2, who discovered data about the upcoming update in GTA Online files, thus confirming rumors that have been circulating for some time. But before the door to the "gambling cave" in Vinewood opens for everyone, the surroundings of the spot will gradually change. According to the players, the process has already begun. You can see it in the tweets below.

Grand Theft Auto Online has launched on October 1, 2013 on PlayStation 3 and Xbox 360, November 18, 2014 on PlayStation 4 and Xbox One, and April 14, 2015 on PC. This module is still very popular today and is one of the reasons why various releases of GTA V are still at the top of the bestseller lists around the world. The multiplayer mode of Rockstar's game continues to receive regular updates and fresh content. Recently, for example, there have been new missions as part of Simeon's Premium Deluxe Repo Work.