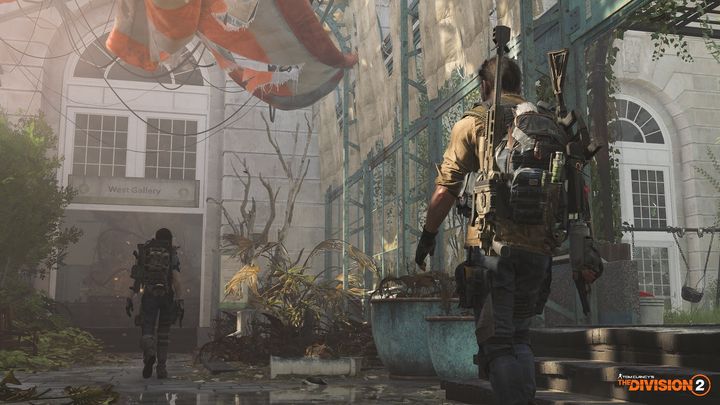 The Division 2 sells well on PC.

THE DIVISION 2 IN A NUTSHELL:

Ubisoft announced a special offer thanks to which gamers who decide to buy a PC pre-order of The Division 2 will receive another item from the studio's publishing catalogue as a gift. The action concerns only one platform and raised anxiety as to whether the resignation from Steam and the agreement concluded with Epic Games Store had a negative impact on the sale of the latest French company's popular shooter.

However, it turns out that the title is doing quite well. As Yves Guillemot, President of Ubisoft, said during the talks with investors, the PC version of The Division 2 sells better than the first part before the premiere. The publisher also explained the reasons why cooperation with Valve was abandoned:

There is a growing number of distribution platforms fighting for great content. With this deal, we saw an opportunity to increase player's exposure to our own store, while at the same time supporting a partner that greatly values our games and provides materially better terms. Early indications are supportive, as PC preorders are higher than for the first Division, and preorders on the Ubisoft Store are six times higher. We believe this deal is a long-term positive for Ubisoft.", said Yves Guillemot.

It seems that Ubisoft is basically using the Epic Games Store to convince more players to do shopping on its own digital platform. Theoretically, PC users still have a choice, but cutting Steam from the equation makes Uplay - a service older and more developed than Epic Games store - more attractive. As they say: of the two "bad", the better is the one you know.

There are many indications that The Division 2 will be more successful for Ubisoft than the first part. We would like to remind you that the game will debut on March 15. In addition to PCs, it will also be available on PlayStation 4 and Xbox One.