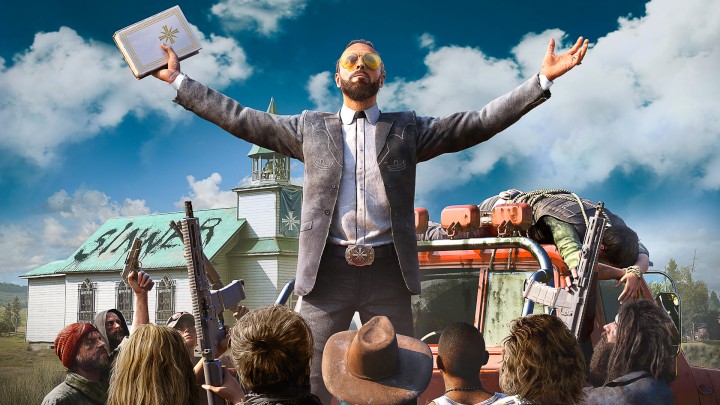 The increase in Ubisoft's revenues is due to, among other things, the excellent sales of Far Cry 5.

Ubisoft has released a report on its financial results for the first nine months of the 2018-2019 financial year, i.e. the period from April 1 to December 21 2018. The company's revenue amounted to 1.315 billion, an increase of 13.5% compared to last year.

The good results are due, among others, to the excellent sales of Far Cry 5, which, according to the estimates of Ubisoft and analytical companies GFK, GDS and NPD, was the fourth largest bestseller of last year in terms of revenues. Assassin's Creed Odyssey took 10th place in this category and achieved better results and attracted players' attention for longer than Assassin's Creed Origins.

Ubisoft shared some other interesting information. Racing game The Crew 2 was released in June last year, but the best sales month was in December. Over 45 million people have already played at Tom Clancy's Rainbow Six: Siege, and production revenues have increased compared to the previous fiscal year. In addition, the audience watching e-sports matches increased by 205%.

For Honor is also doing very well. Over the last six months, the number of people who have played the title has increased by six million. What's more, the publisher is satisfied with the results of its mobile games, although no specifics have been given in this respect.

Traditionally, the publisher also presented the precentage of revenue generated by each platform. The list shows, first of all, an increase in importance for PCs and mobile devices.

The company also shared its plans for the future. In the next fiscal year, i.e. in the period from April 1, 2019 to March 31, 2020, the publisher intends to release 3-4 AAA productions. We know that one of them will be Skull & Bones, but the rest are a mystery for now. It is worth reminding, however, that rumors have been circulating for some time about Watch Dogs 3 and the new installment of the Splinter Cell franchise.