In mid-February, we reported that Tom Clancy's The Division 2 would receive new content this year. Yesterday, the devs at Massive Entertainment revealed first details about support prepared for the game.

The update we mentioned back in February will arrive in late 2021 at the earliest. It will include a new game mode that Ubisoft Massive veterans Adrian Trasca and Yannick Banchereau are working on. Ubisoft's Bucharest, Romania branch will also be helping out.

To fill the time until the release of the DLC, the next season of The Division 2 will be launched. The devs decided to do a replay of the content from season 1, so the players who have not had the opportunity to play the title before will be able to get cosmetic items that have not been available for a long time. Of course, there will also be updates to the game that will introduce bug fixes and gameplay improvements.

Ubisoft also boasted some interesting statistics. 40 million people have played both The Division games. The highest player activity in The Division 2 was recorded in March 2020. Other interesting facts can be found on the infographic below. 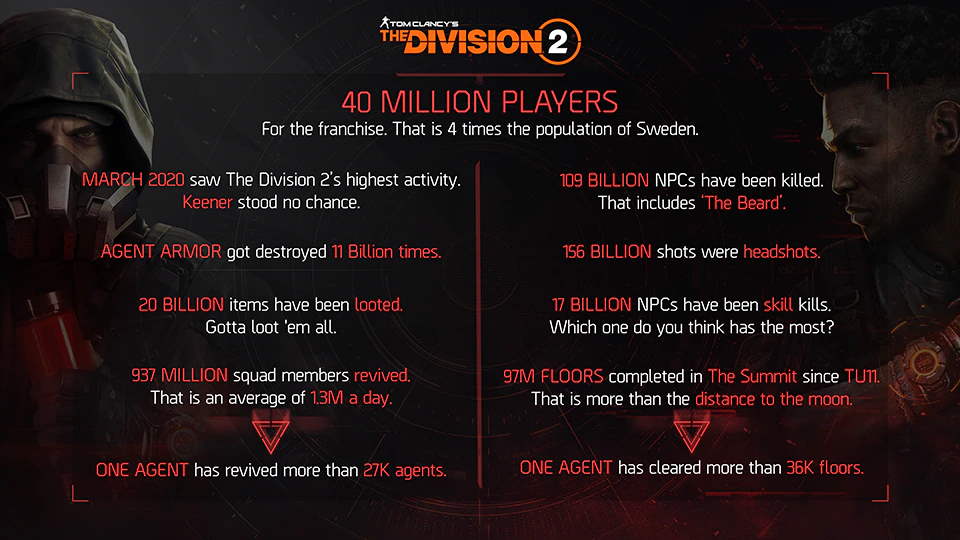