The Forgotten City from Modern Storyteller certainly belongs to the more interesting games out there. The title was born in 2015 as an ambitious mod for The Elder Scrolls 5: Skyrim. However, the creators did not intend to stop at preparing an unofficial project to the famous RPG from Bethesda. Therefore, they decided to create a separate game, based on their original idea. The title was announced during E3 2018. In recent days, almost exactly three years after the event, the devs announced the exact release date. The Forgotten City will be released on PC, PlayStation 4, PlayStation 5, Xbox One and Xbox Series X/S on July 28.

The game is also planned for Nintendo Switch. However, this will happen a little later, specifically in the third quarter of this year.

What is it The Forgotten City? It's quite an unusual adventure in which we, as a character created by us, go back thousands of years and find ourselves in a mysterious city built in the glory days of the Roman Empire. It is governed by one golden rule - no one can sin in it. If they do, all inhabitants will be annihilated. Unfortunately, someone plans to break the rule. Our task is to stop this wicked person and save the whole settlement.

What distinguishes The Forgotten City is the fact that the whole gameplay is based on the idea of a time loop. We arrive at the city in the last moments of its normal functioning and at the first attempt, we're unlikely to save it. At the moment of our death, we go back a few hours and get another chance. Within this loop, we have to collect information from citizens, find clues and learn from our mistakes to finally reach a happy ending. 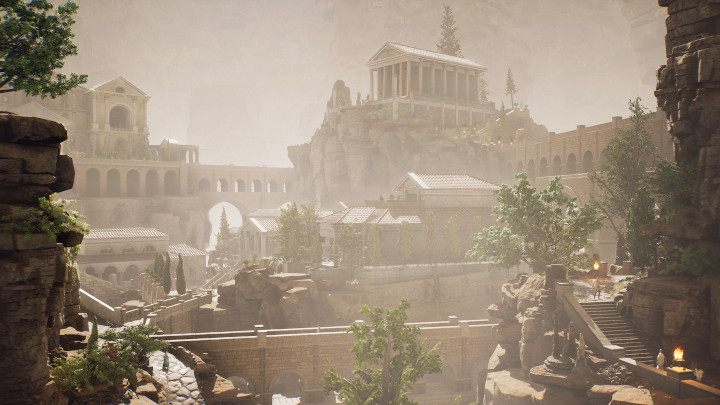 Can we save a Roman city from destruction?

The game is to offer a lot of freedom when it comes to choices and how to lead our story. There will even be an option to use force, though we'll need to be careful here.

According to devs' assurances, in comparison to the original mod, the standalone game will offer a more developed scenario, new mechanics, professional dubbing, an orchestral soundtrack and much more. So it looks like a real treat for fans of the type of games.