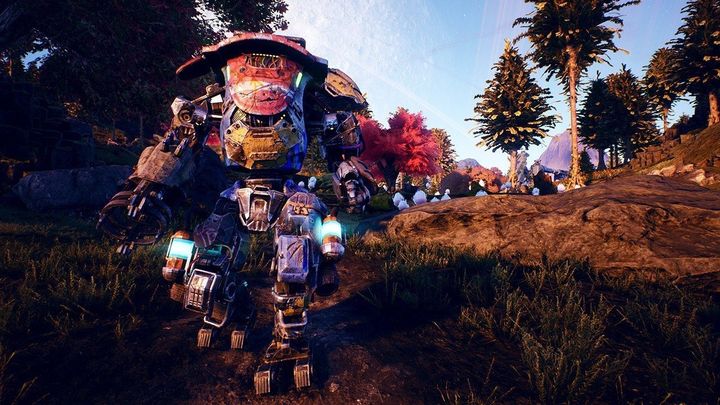 Today, the newest action RPG from the award-winning Obisidan Entertainment studio debuts on the market - the creators have won their well-deserved fame with such titles as Knights of the Old Republic II, Fallout: New Vegas and Pillars of Eternity 2: Deadfire. The game in question is the retro-futuristic The Outer Worlds. The title is available in versions for PC, PlayStation 4 and Xbox One (for now only in Epic Games Store and Microsoft Store) at a price of $59..99 (on the last two platforms you can also play it after paying for the Xbox Game Pass). The Nintendo Switch edition is also planned, but will be released later.

The Outer Worlds takes us to the edge of the galaxy, where we take on the role of a settler newly awakened from hibernation. The hero discovers a conspiracy involving powerful corporations that rule the entire colony. The production is a spiritual heir to the aforementioned Fallout: New Vegas - it combines a lot of freedom and advanced mechanics characteristic for the RPG genre married with an arcade combat system and first person perspective.

The Outer Worlds was warmly received by the industry media (as evidenced by the average Metacritic review score of 82-86%), although our editor Draug pointed out a few drawbacks, related to the construction of the world, combat system and technical shortcomings when reviewing the game.

"The other big problem of The Outer Worlds is that a lot has happened in the RPG genre since the release of Fallout: New Vegas. We've witnessed a major convergence of the Action and RPG genres; self-identifying as role-play is no longer an excuse for crude combat mechanics. If we consider FPP games, there's not just the upcoming Cyberpunk 2077, but even the poor Fallout 4, falling short of most real shooters, is miles ahead TOW in terms of gunplay," the review reads.

We remind the game's hardware requirements (fortunately not too high).