Reddit users have prepared a map that can be useful for people playing Genshin Impact. It presents the most efficient (according to the creator) path that can be taken when looting items from chests. The illustration shows the locations of all such items that we can find during the exploration. 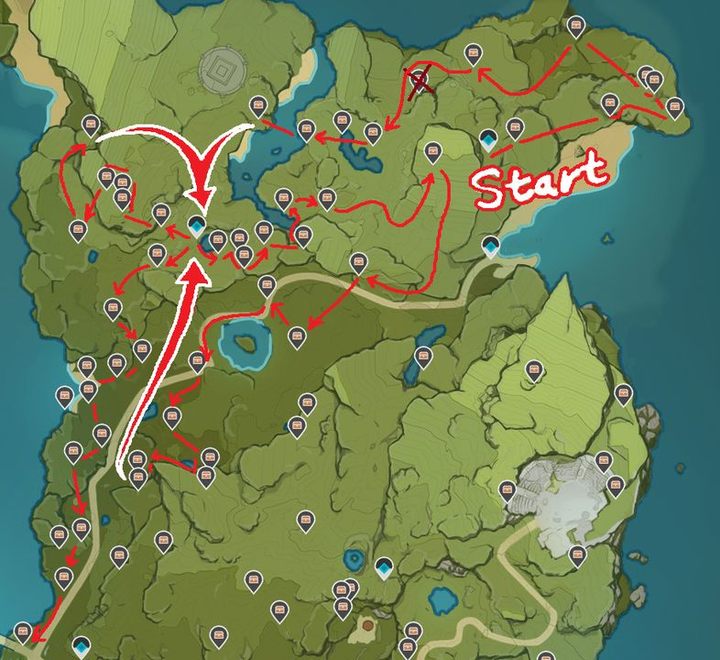 Map of chests in Genshin Impact.

The chests contain weapons, artifacts, and experience-yielding items, among other things. It's worth noting that the standard chests respawn after about 18-24 hours (Exquisite ones have longer cooldown). Every time one of them is opened, the game starts counting down the time that has to elapse before it reappears. Everything indicates that this value is modified by a number of additional variables, such as rarity or number of items inside). What's important, the next container will most likely not materialize in exactly the same place (we will find it near the previous location).

Genshin Impact is available on PC, PlayStation 4 and mobile devices. The developers are also planning a version for Nintendo Switch (coming next year) and PlayStation 5.

The Boys Puts Up Fight Against Netflix's Biggest Hits