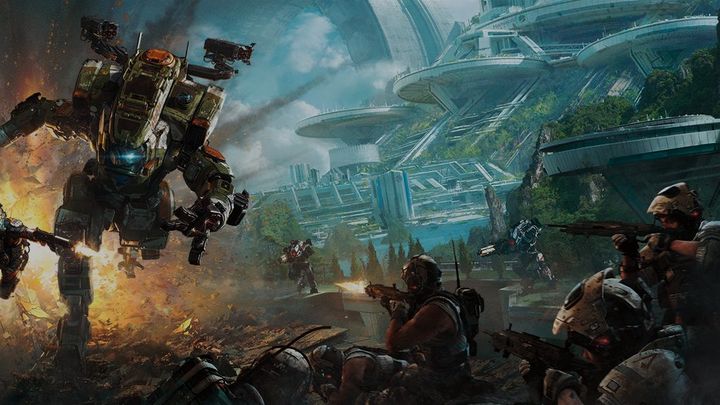 The free battle royale shooter Apex Legends was a great success for Respawn Entertainment and Electronic Arts publisher. In the eight days since the release, more than 25 million unique users have already logged in to the game servers. It turns out that the excellent results of FPS also contribute to the increased popularity of the developer's previous production (embedded in the same universe, by the way) - Titanfall 2 published in 2016.

The post published by the authors on the Reddit forum indicates that the number of people playing the aforementioned three-year title on Xbox One has recently exceeded 10 thousand, which has not happened since 2017. The increase in interest can also be seen in the case of computers - although in their case the numbers are not so impressive (yesterday, at the peak time 3400 people logged in to the game), they are growing every day.

We would like to remind you that Titanfall 2 is a FPS, whose action takes place in the world of science fiction. In this title players are given the opportunity to control both an ordinary soldier and a powerful mech called titan. The production was very warmly received by the industry media. Unfortunately, great reviews were not reflected in the financial results - the game sold worse than expected by the publisher.

Recently we found out that in the Respawn Entertainment studio another part of the Titanfall series is being created, about which we do not know anything at all. The creators are also working on the Star Wars Jedi: Fallen Order action game, which is expected to make its debut on the market later this year.