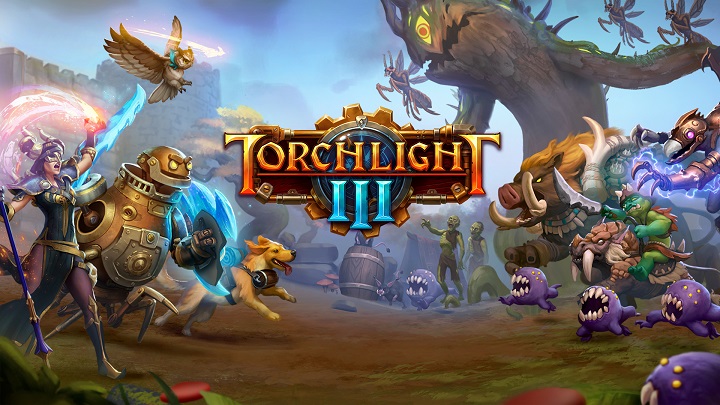 The F2P Torchlight has been promoted to the rank of a full-fledged installment of the series.

It's been a long time since Torchlight Frontiers was revealed, so it was time to... announce it again. At least that's what the devs think, who rebranded the game on Torchlight III, announcing some important modifications. As Max Schaefer from Echtra Games explains in the material on YouTube, after gathering the opinions of alpha-test participants and long discussions, the developers decided that the title they are creating "wants to be a true spiritual heir" of the series and a full-fledged continuation of the first two games. Hence the change of title.

Torchlight III in a nutshell:

This is not a purely aesthetic change. The creators decided to give up the free-to-play model and release Torchlight III as a premium title. In other words, we will have to purchase the game, but in return we will automatically get access to the entire content. This also forced a change in the structure of the game - the game will be divided into classic acts, as in previous installments of the series, and most of the instances will be private by default, i.e. without the possibility of meeting other players. This does not mean that the online aspect is abandoned. We can meet the rest of the players in public cities, where we can form a party and go on an expedition together. However, if you don't like the mandatory Internet connection, Torchlight 3 will allow you to create characters for solo play, albeit without the ability to use them in online sessions with your friends.

The change of business model also entailed the move of the PC edition of Torchlight III from Arc to Steam. Fortunately, those who had the opportunity to play on the previous platform will receive a key to participate in the next pre-release tests. The next updates will include a fourth playable class, as well as the aforementioned division into acts. Moreover, we are about to move from the closed alpha to the beta stage, although there is no approximate date yet. The full version of Torchlight III will be released on PCs later this year, and soon later on PlayStation 4 and Xbox One. Unless, of course, it can manage to avoid further delays.