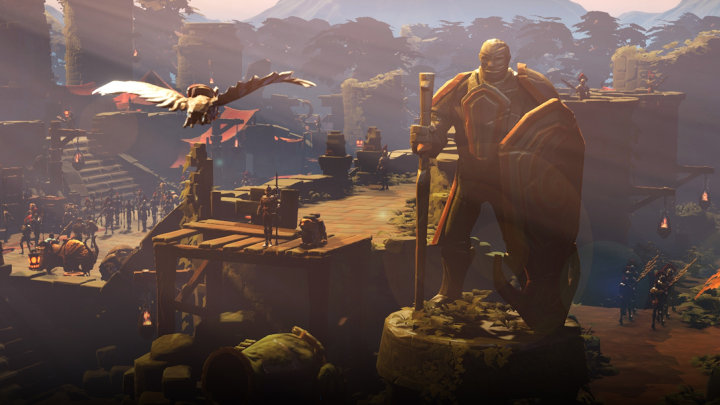 We're not gonna play Torchlight Frontiers this year, though.
TORCHLIGHT FRONTIERS IN A NUTSHELL:

During last weekend's ExileCon 2019 event, a PC Gamer representative interviewed Max Schaefer, the founder of Echtra Games, who is currently working on Torchlight Frontiers. During the interview, the creator of the new installment of the popular hack'n'slash RPG series confirmed that the production will be released a little later than originally announced. The title will debut on the market in 2020 at the earliest.

Echtra Games isn't ready to share new materials yet, but Max Schaefer assures that Torchlight Frontiers is getting better and better every day and that all the studio staff are excited about the direction the title is taking.

Echtra Games Studio was founded by former employees of Runic Games, responsible for creating the previous installments of the series: Torchlight and Torchlight II. Torchlight Frontiers, like the previous parts, is to be a classic isometric hack'n'slash in cartooninsh style, but unlike the first two games, it is to contain elements known from MMO games, such as a large common world, divided into smaller regions. Torchlight Frontiers will be released next year on PC, PlayStation 4 and Xbox One.

Dead Island 2 Not Dead Yet; Saints Row 5 is in the Works