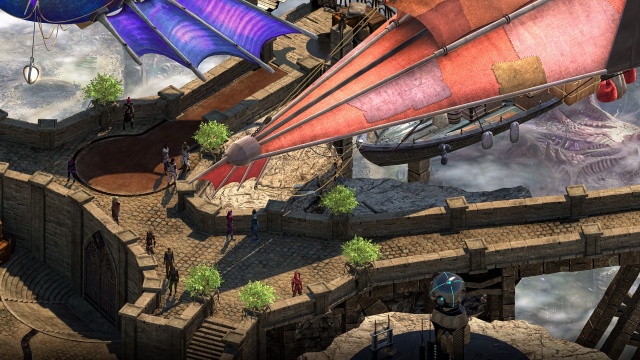 By the end of the month, Torment: Tides of Numenera will be available to general public.

After a delay Torment: Tides of Numenera beta was announced for January 17th. Eligible backers will be able to test the spiritual successor to the cult classic cRPG Planescape Torment for over a week before it hits Steam Early Access on January 26th. Beta will offer 10 hours of gameplay (which is a big step forward from Alpha content that could be finished in 20 minutes) starting at the very beginning of the game. Players will be able to complete the introductory sequence plus explore major portion of the first location called Sagus Cliffs.

If you would like to join the beta, but you didnt pledge during the Kickstarter campaign, you can still do that on Torment: Tides of Numeneras official website. The lowest tier granting beta access is the Digital Deluxe Edition priced at $55.

On the games Kickstarter page Brian Fargo from inXile Entertainment promised to reveal more details on the content of the beta in future updates. This will include the story behind individual locations, characters, and game mechanics.

Psychonauts 2 funded; less than a week until the end of the crowdfunding campaign