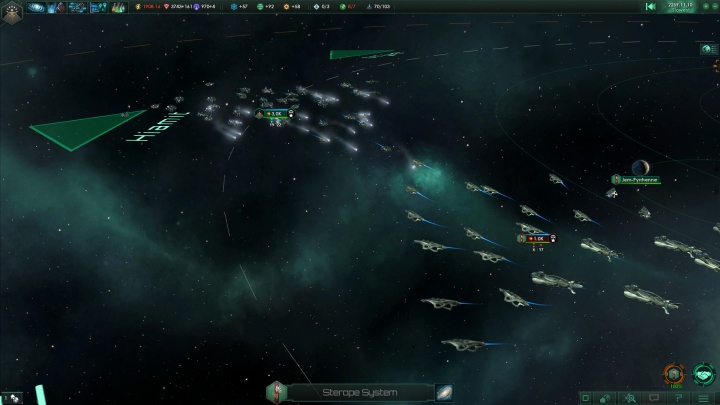 Tens of thousands of players are enthusiastic about Stellaris.

Despite some critical opinions (in their review IGN wrote about the games wasted potential), Stellaris turned out to be a big success for Paradox Interactive, breaking the publishers sales records. In less than 24 hours since its launch on PC (May 9, 2016) the game managed to move over 200,000 units. Moreover, a record-breaking number of 68,000 simultaneous players were noted on the day of release, thus dethroning Cities: Skylines, Paradoxs previous record holder for the most users playing at the same time.

The 4X space strategy from the creators of the Europa Universalis series has currently got 95% positive user review rate on Steam. Henrik Fahraeus, Game Director of Stellaris commented on this success:

Stellaris breaks a lot of new ground for Paradox Development Studio. It is a type of game we have never attempted to do before, and we are immensely satisfied to see this leap of faith work out well, especially with all the positive response we are getting from the players. We are listening very keenly to all the feedback we are getting and look forward to many years of continued expansions and improvements to the game. Lets make space great again, together!

Stellaris lets players guide a self-designed species towards becoming an intergalactic superpower. You get to explore procedurally generated space, manage your nation, and establish diplomatic relations with alien races, or fight them if necessary. The game is available on Steam for $39.99.