Many games representing a variety of genres offer the players access to a command console, which enables the user to facilitate or modify gameplay in various ways. One genre in which this is particularly popular is strategy games. Such options, however, unfortunately are not available in Total War: Warhammer 3.

Fortunately, one of the title's fans has decided to fix this problem. On the web you can find a modification that introduces the aforementioned console into the game. Here you will learn where to find it and what capabilities it offers.

What is the Console Commands mod? 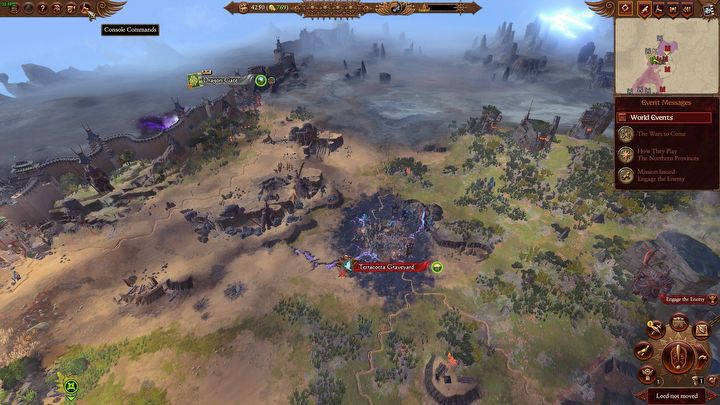 The modification, called Console Commands, is an easy-to-use mod that will enable you to use commands in Total War: Warhammer 3.

After installing it, it will work like analogous tools in other games. All you have to do is open the console with the new menu button and enter the appropriate command into the displayed field.

In this way you will be able to add yourself a certain amount of resources or modify the composition of your armies at will. Of course, these are only the simplest examples, because the list of commands that are available within the mod is truly extensive.

In addition, it is worth mentioning that Console Commands is regularly updated. On August 24 the creator of the mod adapted it to the latest version of the game, including the Immortal Empires mode.

Console Commands - how to install the mod?

Installation of mods for Total War: Warhammer 3 is extremely simple and can be described in a few steps.

Console Commands enables you to use a whole bunch of commands. With them you will increase your income, eliminate individual heroes, change the affiliation of selected provinces and much more. Below you will find a complete list of commands prepared by the creator. The most useful of them have been bolded.

Of course, with the publication of subsequent mod updates, the list of commands may grow. Up-to-date information about them you will find on website modifications.

Way of the Hunter - Best Weapons

MultiVersus - How to 1v1 Friends in Multiversus

The Last of Us Remake Storage Requiement; Preload Launches

MultiVersus - How to 1v1 Friends in Multiversus

Way of the Hunter - Best Weapons

Skull and Bones Will Test Your PCs; System Requirements and Online Features