Creative Assembly released a new video, along with an accompanying blog post, dedicated to the upcoming Total War : Warhammer III. The materials focus on showing the improvements that will be made to sieges, which should please fans of the series, as so far this element has left much to be desired.

The game will offer a much larger set of siege maps than the previous two installments. They will be based on fortresses and strongholds characteristic of the culture of a given faction and its preferred fighting style. For example, dwarves and Cathay specialize in building powerful defensive structures adjacent to mountains, which enables the defenders to take full advantage of the available firepower. The Kislev, on the other hand, prefer to fight in the cramped streets of cities, where local men and women make their enemies pay dearly for every inch of the city they give away. The Skaven and Greenskins take refuge in shabby structures that can be deadly traps for aggressors and the forces of Chaos have strange fortresses, each reflecting the character of one of their foul deities.

The developers have also made sure that the maps are much more varied in terms of terrain. There will also be bridges and multi-level cities. Many fortresses will have several internal walls, making battles multi-stage and giving defenders a chance to regain lost positions.

All of this ensures that every siege is different. It has also been ensured that such battlefields in neighbouring regions are very different from each other.. The ambition of the developers is to never again see situations known from previous installments, when we take part in two virtually identical sieges in a row.

This type of battles will also use the system of supplying and building structures known from survival battles, which is another novelty that will appear in Total War: Warhammer III. However, it will work differently in sieges. On each map we will find a few points, the control of which will provide a constant supply of resources and the ability to construct towers and barricades next to them. If we lose these positions, the buildings assigned to them will be destroyed. The idea is that at the beginning of the battle the defenders will focus on defending the walls, and when these are penetrated by enemies, the defenders will retreat into the fortress, where they can quickly create a new line of defense. Before the battle, we'll be given a pool of raw materials to start with, and we'll be able to prepare some of these structures even before the fighting begins. 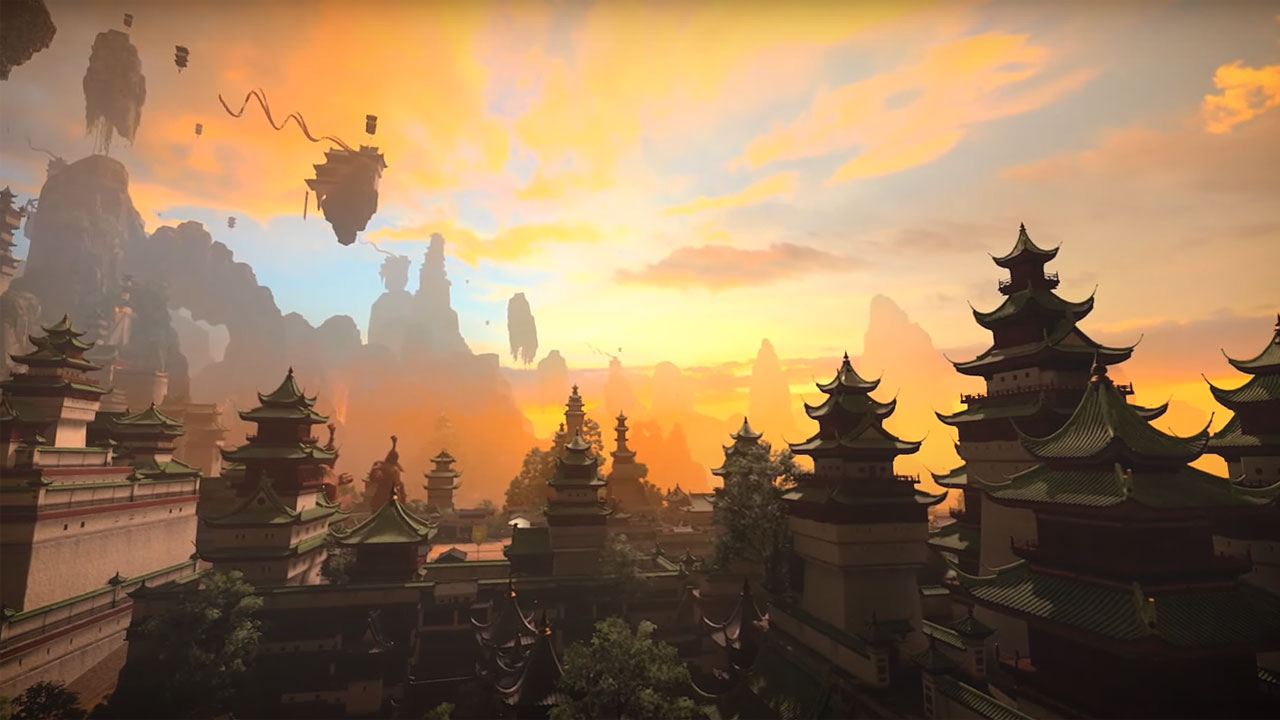 Siege maps will be much more varied.

This system is supposed to make sieges more attractive. Players will have to make decisions about which districts and points are more important, and which can be given away, at least temporarily, to the enemies. All this will be accompanied by improved AI that makes better use of the conditions on the map and takes advantage of these new features when directing both the attacking and defending sides.

Most of the new features will also appear in skirmishes over more modest settlements, albeit on a smaller scale. Here, we also get unique maps, tailored to this type of gameplay, and not just a slight reworking of levels from standard battles, as was the case in the previous part.

Changes in sieges were necessary in Total War: Warhammer III as the key role in the strategic campaign will be played by the Great Bastion of Cathay, a giant wall built to stop the hordes of chaos. When leading the Cathay during th game, we will improve and defend this structure. There will also be numerous tasks associated with it.

Unfortunately, we will have to wait a long time for all these attractions. Originally, the game was supposed to be released this year, but recently the creators informed about the delay. Currently, the launch is planned for early 2022.