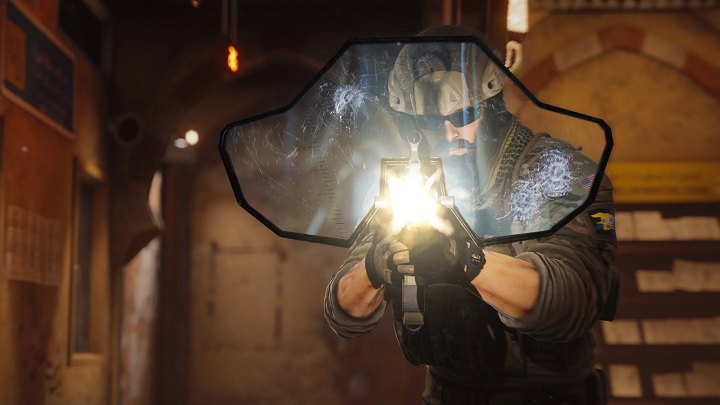 This time, Ubisoft decided to hit the creators and not the users of Rainbow Six: Siege cheats.

Ubisoft has filed a lawsuit against the bosses of MizuSoft, a company offering cheats for Tom Clancy's Rainbow Six: Siege, which increase the damage inflicted by the user's weapon and field of view, as well as allowing them to see opponents through obstacles in the field. According to Polygon, the publisher explains that in this way the owners of MizuSoftu have violated copyright, while encouraging players to violate the terms of use and the code of conduct.

According to the French giant, cheats were used "thousands of times" and MizuSoft earned "thousands of dollars every month", while Ubisoft spent "huge sums of money (and gigantic amounts of time)" on fighting them. The fact that they did not do all this for free complicates the defendants' case; on their website you can purchase a subscription to the so-called Budget Edition Rainbow Six Siege Cheat, which costs $13 a day or $77 a month. As you can easily guess, the publisher demands not only the cessation of business activity by MizuSoft, but also compensation in the amount of $25000 for each violation of the rules of the game. As the lawsuit was filed with the California court on October 23, the proceedings are pending at the time of writing this news.

This is not the first time that Ubisoft has fought cheaters and other dishonest players in Tom Clancy's Rainbow Six: Siege. The latest wave of bans, which affected them, swept the community in July, while in September the publisher launched a big action against the perpetrators of DDoS attacks on game servers. No wonder about that - the French have to take care of the good name of their game, which still attracts both new players and veterans (the latter mainly thanks to the constant development of the title, which regularly receives patches and new content).