September 24 marked a quarter century since the release of the iconic Ultima Online. In connection with this anniversary, all sorts of community events were held online, commemorating one of the first MMO games in history. 25 years on the market is the perfect opportunity to reward loyal fans of the game, without whom - let's not kid ourselves - this anniversary would not have taken place.

As reported by PCGamer, the developers of the game - as a token of gratitude for their commitment - gave veteran players a special piece of equipment: Hildebrandt Shield. It can be obtained by owners of accounts created 25 years ago and older. 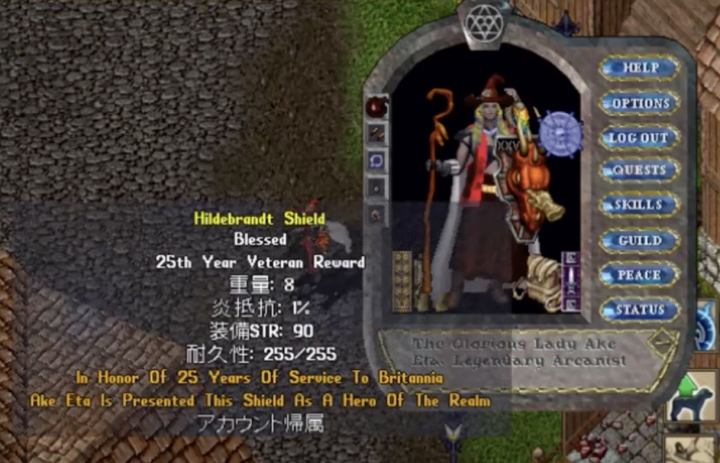 Features of the Hildebrandt Shield

Hildebrandt Shield is not only an attractive piece of equipment, but also a real help in the game. Here are the most important features:

There is no shortage of attractions

However, this is not the end of attractions. All players will also receive a special 25th anniversary card and a token that entitles them to receive a variety of gifts. Among them is a shield with a stylized version of the Ultima Online Charter Edition box and an inscription informing about the game's release date. An anniversary album has also been prepared. And for those who enjoy "potions", the developers have bottles of skull-shaped liquor.

Finally, let us remind that Ultima Online made its debut on September 24, 1997, bringing the foundations for solutions that are now standard in the industry and can be found in many titles, such as World of Warcraft or New World.

How I Survived Another Summer. About Games That Are (Not) Afraid of Cold