Valve confirmed on Wednesday that the Valve Index VR goggles  a piece of tech necessary if you want to play the upcoming, highly-anticipated Half-Life Alyx  would finally get restocked on Monday, March 9, 10AM PDT. Valve Index remained sold out for almost a month, even when it was revealed that Half-Life Alyx would be relased on March 23, with gamers all around the world growing more and more impatient as Index-less days dragged on.

Now, if you want to get your hands on the Index, better hurry. Valve said they were expecting that available stock on hand will sell out quickly, just like it did after the announcement of Half-Life Alyx.

To celebrate the return of its sought after VR kit, Valve also released two new SteamVR Home environments from Half-Life Alyx. This way whoever already owns the Index can now take a look at the narrow streets of City 17, as well as hardware-filled Russels laboratory. (Thats the guy starring in the trailers.) Heres a glimpse: 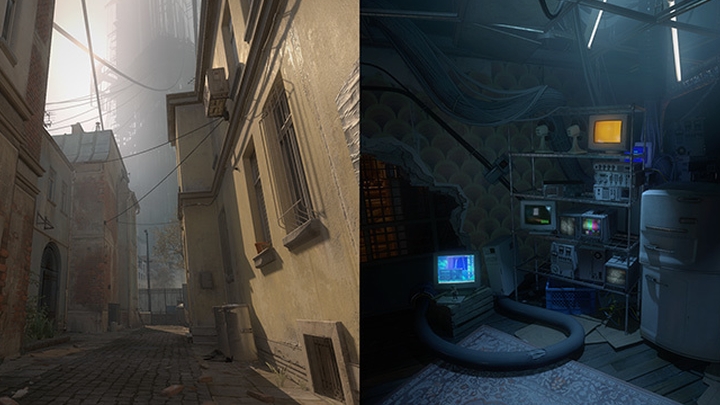 City 17 and Russels laboratory in all their glory. Look closely and youll see the Citadel!

In case you missed it: Valve also released a new, 10-minute gameplay footage from Half-Life Alyx yesterday, showcasing a miniboss fight and different ways in which you can move around in the game. Plus its really smooth. Watch it here.