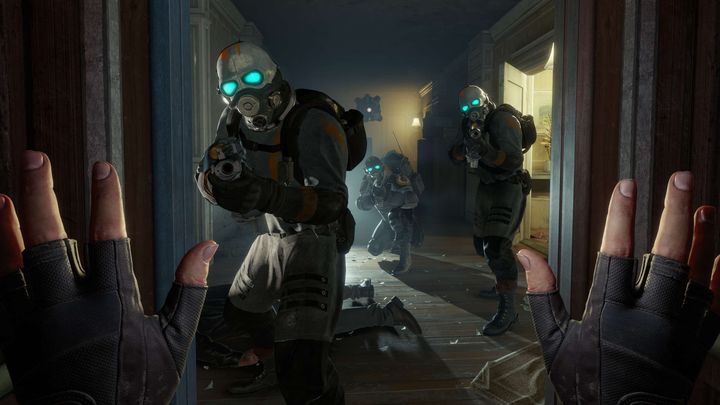 Valve Index is a big success.

It seems that Valve Index VR goggles are selling like hot cakes... or at least much better than the manufacturer assumed. The device has made its debut on 31 markets and, according to Road to VR, has already sold out on almost every market. The device can currently only be purchased in Japan, provided that we are only interested in a helmet or goggles with controllers. A full set, including the base station, is not available. Valve assures that it is working hard to meet the demand. Users can use a tool that will notify them by e-mail when the device can be ordered again.

We are working hard to build more units and meet the high demand. We are targeting to be back in stock before Half-Life: Alyx ships," Valve's spokesperson told Road to VR.

Of course, from this information it is difficult to judge what the actual sales of the device are, we can only conclude that the demand for it is greater than the supply. What's interesting, despite the high price (it's a device for enthusiasts, the complete set was priced at $999). 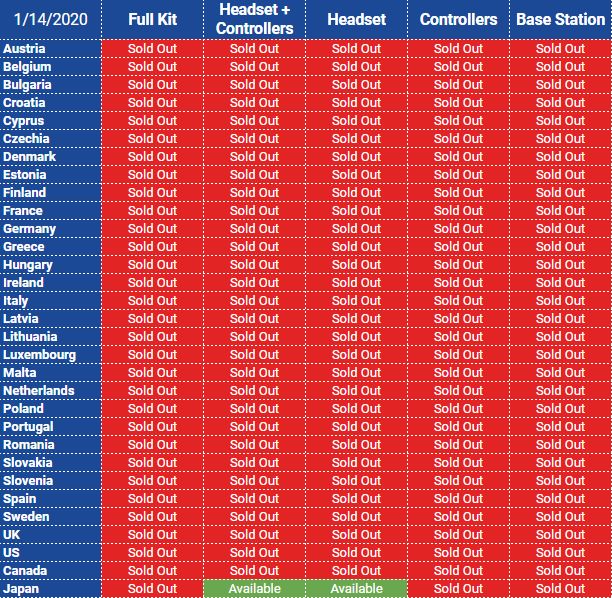 Availability of Valve Index around the world - the picture speaks for itself.

Such a great popularity of the device is probably connected with the very promising Half-Life: Alyx, a spin-off to the famous shooter series, which is being developed with virtual reality in mind. The game is highly0anticipated by the community, which is well illustrated by its high (currently twelfth) position on Steam wishlists. It is worth noting that the title from Valve Software will also be playable with the use of other VR goggles, but Index is to offer the best possible experience (e.g. thanks to the finger tracking function).