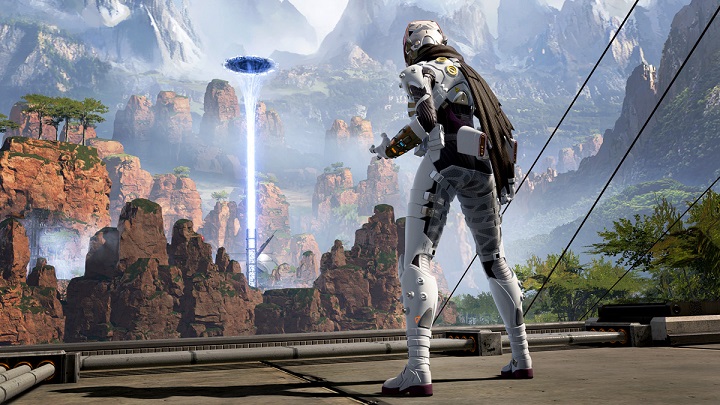 Apex Legends has another event going on.

A week after the end of Iron Crown, another event began in Apex Legends - Voidwalker. As before, when the focus was on Octane, this time the creators allowed us to take a closer look at another of Legends - Wraith. Her story is told by a long story trailer published by Respawn Entertainment. In the game itself, it translated into the introduction of a new location in the Valley of Kings. In Wraith Town we will find a functioning prototype of the portal, which takes us to a mysterious laboratory.

This is not the only attraction prepared by the developer. For the duration of the event, the developers have released a new game mode, called Armed and Dangerous, in which the battle is fought only with rifles and sniper rifles. If you don't like that, you will find something to do with the new tasks, the completion of which will grant you access to exclusive Wrath-related content, including skins. Speaking of which, you can now buy legendary skins in the game shop, although not all of them are available at the same time. The current list of items will be valid until September 10, and then we will receive a new offer.

Players will be rewarded with new challenges (and prizes).

In addition, the weekend on September 6 to 9 will offer doubled experience points for victories and a place in the top five players in a given session. Apart from that, the creators added a few minor but important novelties. From now on you can disable the option of automatically changing weapons after your ammunition is depleted, and while watching other players as a spectator we will use a new interface. The full list of changes can be found on the official website of the game. The event will last until September 17 on PC, PlayStation 4 and Xbox One.