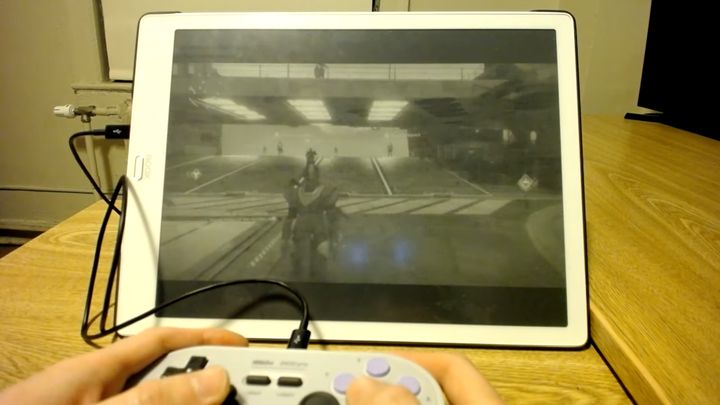 One gamer, Sebastian Orsted, decided to check if using the Google Stadia platform it is possible to play Destiny 2 on eBook reader. It turns out that yes, provided that the device is based on Android 9 (the youtuber in question used a Onyx Max Boost 3) and we connect a compatible gamepad to it. And we'll come to terms with a few difficulties, beginning with rather characteristic visuals and limited smoothness. Anyway, look for yourself.

It's not practical, that's for sure, and seems doubtful that someone would actually decide to play the game this way. However, it is undoubtedly an interesting experiment that shows how much change streaming platforms can bring to the world of digital entertainment, provided, of course, that they mature and become a more attractive offer than the heavily criticized Google Stadia (which, according to some reports, is doing very poorly in the market).

It is worth noting that as far as mobile devices are concerned, for the time being the Stadia officially works only on smartphones from the Pixel line (we can also run it on a PC and a TV set with Chromecast Ultra connected, but we need a new model of this device, sold among others in the service starter package). However, it seems that Google is quietly starting to test support for other hardware, which is certainly good information for users.