Computer game characters have found their way to the annals of pop culture and many of them boast exceptional sympathy and popularity. Just to name a few, there's Mario, Sonic the Hedgehog or Lara Croft. Most of us can easily name our favorite heroes (explain why it's Geralt), but  surprisingly  its not so easy with villains.

In one very long thread on the web about liking (or not liking) virtual characters, a significant number of those writing couldn't say which one they particularly hated, claiming that there is generally no such persona. Perhaps this is due to the fact that we play games to relax, and when it comes to the gameplay itself, or the protagonist, we identify with him, while antagonists are just more enemies to be eliminated.

Don't think, however, that the mean characters in games are getting away with it and that none of them are raising our blood pressure. After all, many productions are great, story-driven stories with superbly rendered characters. These characters evoke our sympathy or antipathy, though such virtual hatred is primarily a very subjective thing. A lot of people either cite examples of some long-forgotten adversaries from niche games or go completely off the rails, claiming to hate Lara Croft or Doomguy, for example.

However, in the midst of this diversity, there are some particularly common examples, namely characters with a negative connotation that many players simply can't stand.

As a result, here is a list of the most hated video game characters. Created based on my own feelings and opinions prevalent online. And if you have your own representatives of this not-so-honorable group, mention them in the comments. For this one and only time, we exceptionally encourage you to hate, but only virtual heroes!

Be warned that some of the entries contain plot spoilers for games like Call of Duty: Modern Warfare 2, The Witcher, The Last of Us: Part II, GTA: San Andreas, and Red Dead Redemption II. In these cases, it was necessary to explain the reasons for hating the characters in these productions. 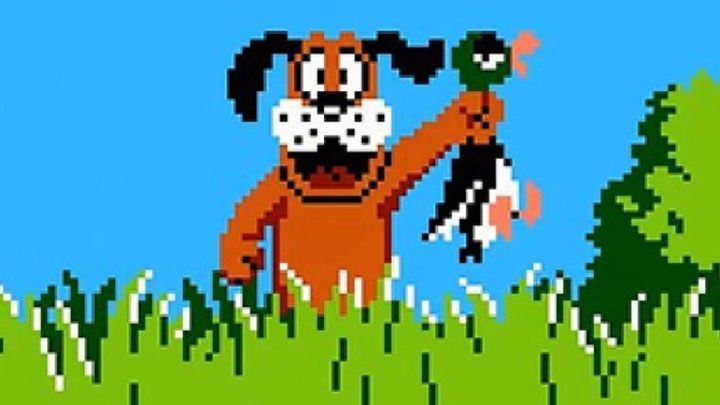 We begin without controversy  with a rather fun example that only the oldest players and connoisseurs remember, as the nameless dog has gone down in history as one of the most iconic game characters. The game Duck Hunt first appeared in the mid-1980s. on Nintendo's NES console. The game was a shooter in which you've used a gun-shaped controller to shoot down ducks appearing on the screen.

Duck Hunt didn't get some particularly outstanding reviews, mainly due to its rather monotonous, repetitive gameplay mechanics, which involve shooting one or two ducks equipped only with three bullets. The NES launch title, often bundled with the console on a single cartridge with Super Mario Bros., however, went down in gaming history precisely because of the dog. A dog that usually helps when hunting, but not in this case...

The title was released for NES in the 1980s. but the console was a rarity, as it wasn't distributed in Poland. But, in the 1990s. Duck Hunt has gained considerable recognition in Poland thanks to the Pegasus console, sold at almost every market.

Why do gamers hate "the dog"?

Although the dog in Duck Hunt generally served its purpose, fetching hunted game and scaring it out of the brush, it had one additional vice  it mockingly mocked the shooter if he missed with his entire supply of three bullets. Instead of a reward, then, we were taunted, but enough is enough  the game, unfortunately, lacks the ability to shoot the dog. Such an option appeared in the version for coin-operated machines.

To conclude, the dog is considered one of the most annoying characters in gaming history, one that we "love to hate". Some websites highlighted the fact of the dog's immense courage, unafraid to mock a frustrated man with a loaded shotgun in his hands. For such a small game  the dog has made quite a career. He has appeared in a few other titles and re-releases, and in 2014 he was even a playable character in the brawler Super Smash Bros. The icing on the cake is his performance in the psychological horror for VR goggles, Duck Season. After completing a game of duck shooting, the dog infiltrates the player's world and attempts to murder or trap him in the video game! He's probably the only character on this list who inspires fear in addition to hatred.