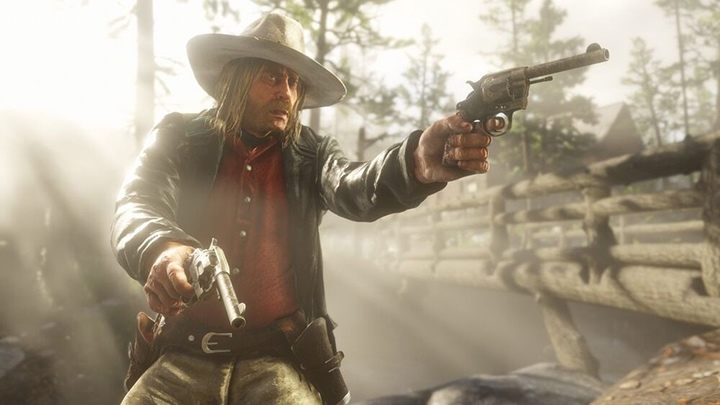 Micah Bell III is the main antagonist of Red Dead Redemption II, a ruthless Wild West outlaw. He started his criminal activity at his father's side, and when he accidentally saved the life of a certain Dutch van der Linde in the Crenshaw Hill bar, he became a full-fledged member of his gang. The leader of this crew was generally the only person who had any sympathy for him, because the rest of the gang, with Hosea and Arthur Morgan at the head, did not like him very much. Micah was, in their eyes, narcissistic, thoughtless, unpredictable, and argumentative – not a very pleasant character in general. It was Bell's idea to attack the Blackwater ferry, which resulted in Pinkerton Agents hunting the gang, which is one of the main storylines of RDR II. Micah thought mainly of himself rather than the gang, and eventually betrayed his comrades, all the while trying to keep his role a secret from Dutch.

Why do players hate Micah Bell?

Considering how much we identify with the Arthur character we control in Red Dead Redemption II, Micah was really well constructed as our initial ally and then main adversary. In the cut-scenes, we see how disliked he is by the other gang members, and as time goes on, his despicable character becomes more and more noticeable, especially when Arthur begins to notice Dutch's paranoia. A clear rivalry is then born between the two characters.

Micah often mocks Morgan's illness, calling him a "black lung." He is a racist with psychopathic tendencies. Later we learn, for example, that he had no reluctance to murder an entire family with a small child. Micah slowly oozes his venom throughout the game, poisoning the atmosphere around him. His betrayal at the end is actually not all that surprising. However, players have to swallow a bitter pill, because despite everything, Micah survives the main character and somehow makes it through the next few years – until the final confrontation.