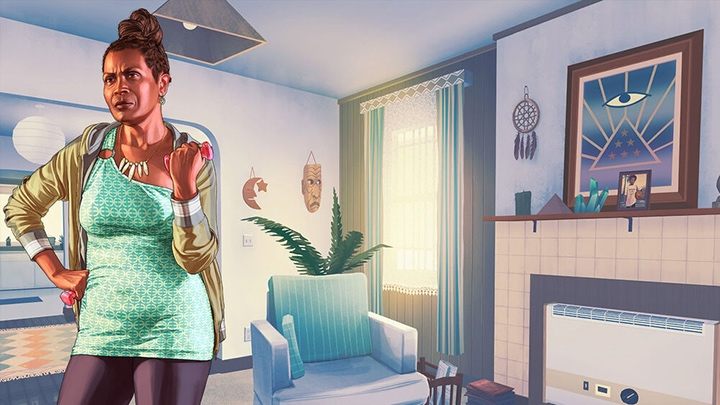 Who is Denise Clinton?

Denise Clinton is a side character in GTAV. She is the aunt of one of the main characters – Franklin Clinton. She's a modern feminist obsessed with men, sex, yoga, and various weird exercises. She lives in the Strawberry neighborhood of Los Santos and initially shares a house with Clinton. She's a generally harmless character, as we mostly see her in cutscenes – so why the player hate?

Why do the players hate Denise Clinton?

Denise replicates the stereotype of the typical "grumpy aunt," mainly by constantly complaining and criticizing Franklin. She accuses him of a lack of ambition, encourages him to move out, and when he finally does, blocks access to the house Franklin still co-owns. Her strange habit of "spirit walks" or making her home the meeting place of a feminist club can indeed be annoying to the person living with her on a daily basis, but it must be said that in the game itself it is not that noticeable. Denise can just be disliked occasionally – from cutscene to cutscene.