Video game achievements are an endless subject. You can love them, you can hate them, you can spend your entire gaming career getting them, or disregard them completely. They can also implemented in various ways – they are sometimes awarded for "nothing," by way of completing the story, and other times it takes blood, sweat and tears to get them. If I'm exaggerating, it's just slightly, but you know what I mean – some platinum trophies are harder to get than others.

These virtual rewards – which are mostly about satisfaction (often quite doubtful) – have been with us long enough that not only we got used to their existence and we even expect them in every game, but for some of players, they became a separate hobby. A kind of obsession with maxing out games often surpasses the limit of absurdity and prompts us to look for exploitable solutions to win the coveted trophy – or, to put it another way – by cheating.

This is my testimony of occasional episodes of exploitation in pursuit of completing all the achievements. Sometimes I regretted it afterwards; usually, however, the fact that I had violated the boundaries of honest competition did not bother me at all. I have included seven achievements in the list below – and most of them fall into the latter category. However, the method of getting one of them is still in the back of my head, so I hope it will ease my conscience if I spit it out. If you have similar experiences, be sure to share them with others in the comments. In the meantime – let's begin! 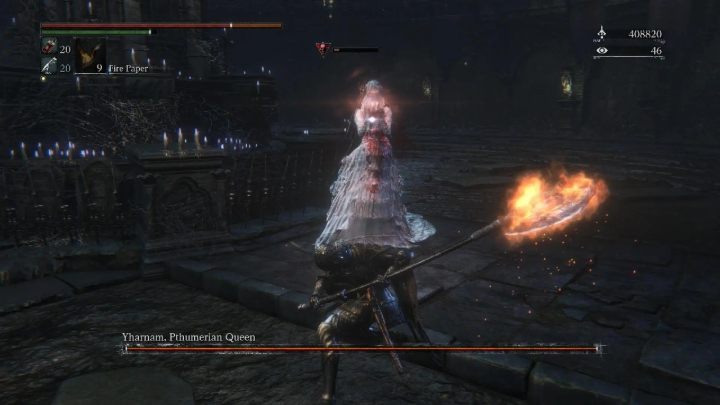 Paradoxically, the fight itself was child's play ...

Let's start with something relatively simple. FromSoftware games are notorious for their high level of difficulty, but with the one called Yharnam, Pthumerian Queen, it doesn't really matter. The challenge is to defeat the boss – the said queen – but the fight is generally trivial. The problem was simply reaching my opponent.

You see, Yharnam – the Pthumerian Queen to be slayed – waits at the very end of a randomly generated level called Chalice Dungeon. We create the next labyrinths ourselves, using the items we find; if we don't get the right ones, we're going to go around in circles. Which I was also doing for a couple of hours... In the end, however, I said "enough" and consulted a web guide. The sheer length of the chapter concerning my problem was a sufficient answer to why I had failed to reach Yharnam's chamber on my own.

In the end, I finished the storyline first to start new game plus – thanks to this, all items returned to their place and I was able to stick to the description I found. Then I broke through to the Mensis Nightmare again, one of the last locations where I collected, among others the living string. Then I went through the first three layers of the Chalice Dungeon, got the haze extractor from the forge and started exploring the next dungeons indicated in the guide, killing a number of bosses along the way (damn the Bloodletting Beast!). Finally I faced Yharnam itself... Which I defeated on my first attempt. However, I am convinced that the fight would not have even happened had it not been for the people of the Internet.