We all lose our heads sometimes. This may be due to stress or confusion, unusual situations or even unexpected questions. In such circumstances, the mind can boggle, especially when you are in the spotlight. Sometimes, there's also too much self-confidence, which can make us believe we're completely right even if we aren't. That's exactly the case of some devs, whose unfortunate statements have become staples of arrogance and perhaps even incompetence. Also – in the form of a song. 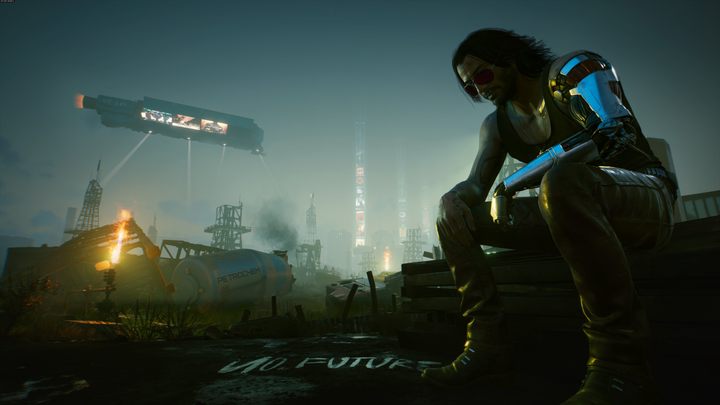 Cyberpunk 2077 is a game that will most likely go down in history, and unfortunately not for reasons that we had imagined. CD Projekt RED seemingly brought a knife to a gunfight, having promised something they were unable to deliver. As a result, we only got a taste of what this great game aspired to be. And that was despite multiple delays. After all, this is a game that was originally announced in 2012.

We weren't really concerned that the studio reportedly didn't intend to rush the release. Releasing an unfinished game and then patching it up was never something players wanted. Unfortunately, similar situations happen very often. Sure, with every postponement of the premiere, you could hear the groan of discontent of fans who were looking forward to play the game, but then nobody wants to buy a broken game.

The Christmas wishes published on the company's Twitter in 2018 were undoubtedly nice. That can't be said about the additional statement on that occasion, where we could read that Cyberpunk 2077 was "coming when it's ready." Apart from the fact that they were at the verge of stating the obvious, the company didn't keep its word, and (spoiler alert) released the game before it was ready. The management board of CD Projekt admitted the mistake and apologized, but what's done is done. Especially since, as the studio employees admitted, everyone was well aware that the game wasn't finished yet.