Today we will take you on a journey to Shadowlands, during which we will encounter many characters from the universe of Warcraft. The Shadowlands hide a lot of secrets, and vigilant players have found a lot of them. As a result, in the underworld, we will encounter not only great heroes, but also ordinary NPCs or "questgivers" who did not play a major role in World of Warcraft, and yet the devs decided to commemorate them.

What are you doing in these parts, wanderer? What fate drove you to Shadowlands? Did an arrow to the knee end your adventures, or are you simply chasing after Sylvanas to thwart her plans? Whatever it may have been, it is irrelevant now, because I, Charon, am taking care of you from this point on. We will go on a tour of the afterlife together to give you a tour of your new home. Don't worry, everything will be fine. After all, what worse than this could possibly happen to you? Isn't that right?

This text is based on Warcraft lore. Therefore, it contains information from Blizzard's books, videos and games. If you don't want to spoil your experience with Shadowlands or any other Warcraft game, turn around while you still can. At the same time, I would like to point out that the material requires the reader to have some knowledge of Azeroth and its basic rules. I wasn't able to describe all the stories in detail, as it would lead to a fat, boring essay. For this reason, you'll have to excuse me for some shortcuts in the story and skipping some details.

Station no. 1: The ascetic Oribos

We will start with the central point of Shadowlands, Oribos, the Undying City This is where you will come most often and from here you will depart for other lands, including The Maw. But that is where I will not take you, because the place has become little more than a dangerous soul dump recently. I'm afraid we wouldn't come return from there alive. Although, truth be told, that's no longer a problem to us, now is it? Nevertheless, better forget about The Maw, adventurer and focus your attention on the beautiful Oribos. It is here where souls are judged and the Arbiter decides their fate. At least that's how it's been so far.

Now, the souls are flowing to The Maw, which shattered the order in Shadowlands. But you are on a trip, so I will spare you the sad details. Now, let me introduce you to some local residents. I believe you should know these two, they are Thassarian and Koltira Deathweaver. These two extremely powerful death knights came along with other servants of the Ebon Blade, who are currently ruled by Bolvar Fordragon after his defeat against Sylvanas. 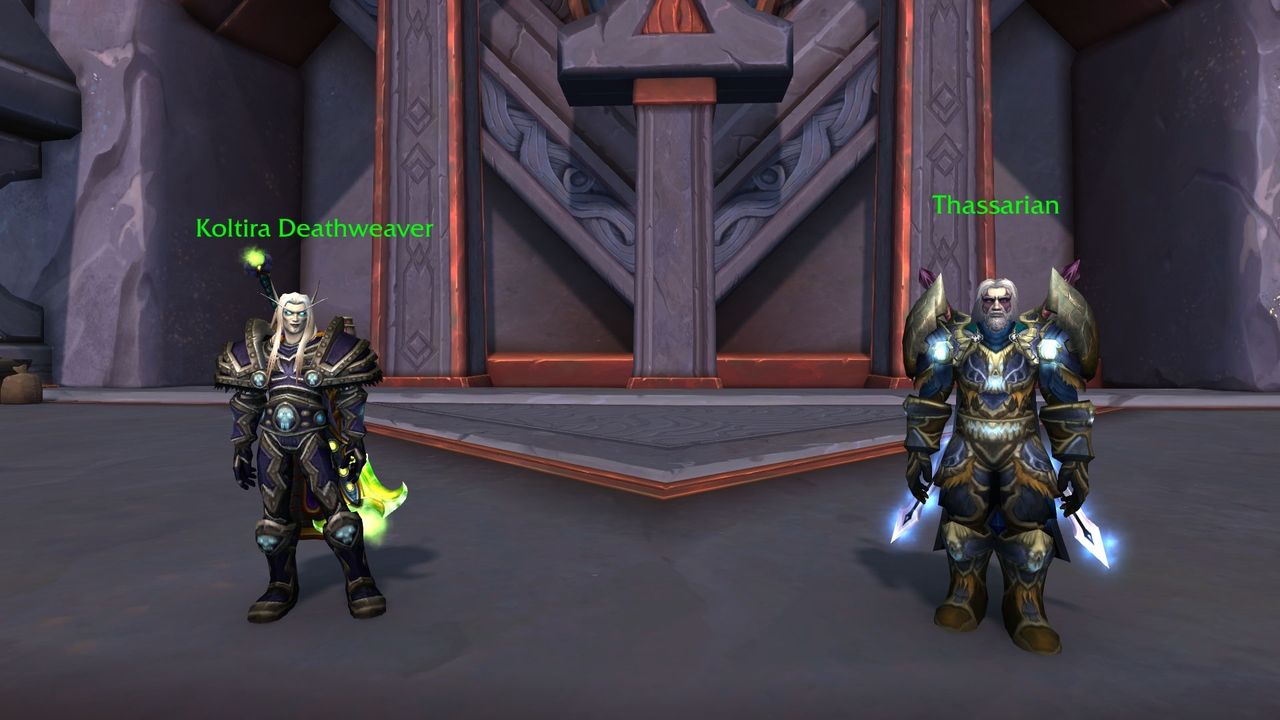 Thassarian and Koltira are united by death, and in the literal sense of the word. The former was killed by Arthas during his expedition to Northrend, only to be resurrected as part of the Plague later on. Koltira was killed by none other than Thassarian himself during the defense of Quel'Thalas. They became brothers in the service of Lich King, but in the end each of them decided to serve their own kingdom - this was after Battle for Light's Hope Chapel. Their special bond has stood the test of time and now they are standing side by side again to fight the new threat.

Also Sunwalker Dezco made Oribos his new residence. This poor man came to Shadowlands to find the souls of his two loved ones. One of them is his wife, Leza Farwalker, the other, his son Cloudhoof. Unfortunately, there is an ocean of souls in Shadowlands and even I do not know where to find each and every one of them. Let us move on. 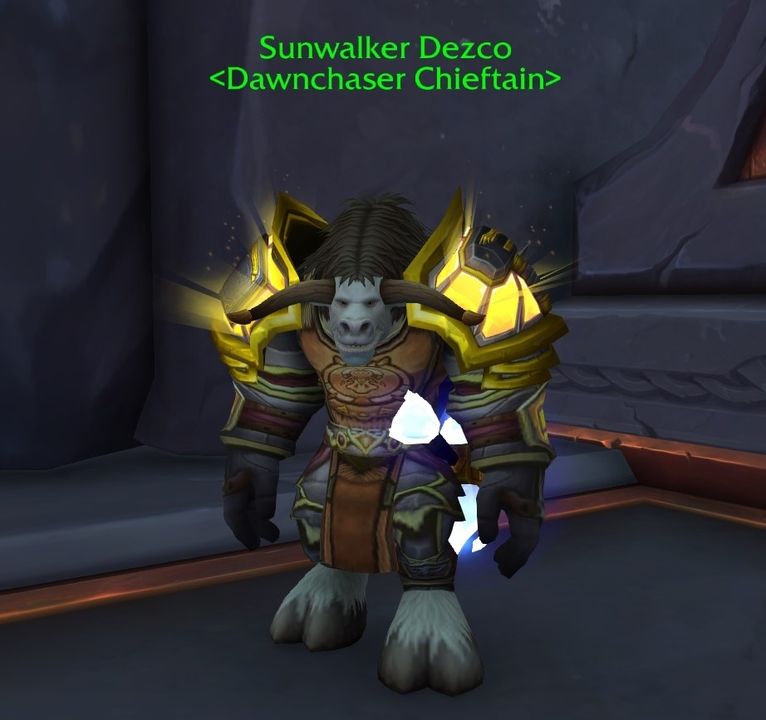