How do you express your devotion to a particular game or an entire brand? Some people like having vivid Internet discussions about the titles they've played. Others go a step further and try writing their thoughts down, making reviews, journalistic texts or guides. Those who can boast their manual skills can, in turn, create often delightful handicrafts.

We've compiled what we think are the most interesting fan-made gadgets, collectibles, and other items in this list. As it happens with making lists – not everything can be congregated, as we may simply have no idea about some of the great creations. So if you think we've left out something important, please feel free to visit the comments section. The same thing goes in case you want to show off something you've made yourself. 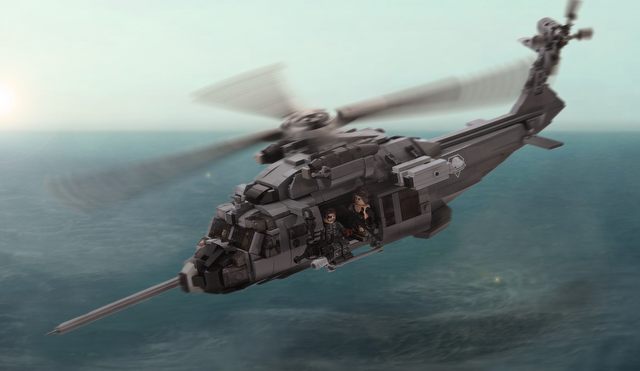 We start the listing with the broadest category of all – LEGO bricks. The Danish company definitely stands out. Not only does it not chase after fans who make their large-scale tributes to games with blocks, but on the contrary – it actively encourages creativity, knowing you can’t get better advertisement. There's a reason why the LEGO Ideas program is so popular, where building block enthusiasts create proposed licensed sets, and the most popular ones live to be realized.

But, back to or main topic. Let's focus on what players do to express devotion to their beloved title or franchise. Having reviewed half of the Internet, it was difficult to narrow down my list to just a few examples. Nevertheless, I have to bet on something, so I'll start with a series close to my heart, namely Final Fantasy. A certain Marius Herrmann creates real blocky masterpieces. His model of Bahamut from Final Fantasy X has caught my eye. 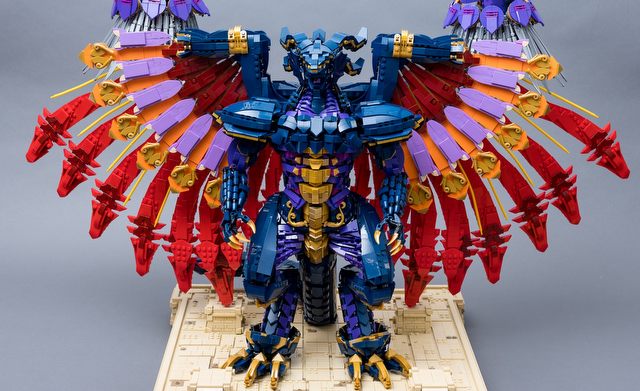 Staying for a moment in the Japanese circles, I couldn't miss the location, which was built using 36,000 bricks to best reflect its mood. We're talking about the Firelink Shrine from Dark Souls, made by a fellow by the nickname of _Eberart_. It took him more than a year to create the whole thing, but the result will knock you out. You can find the project under this link. 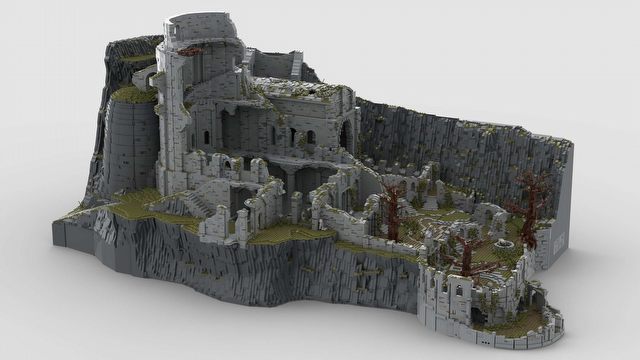 When it comes to LEGO dioramas, there is plenty to choose from. Me, I was captivated by the maps from the Battlefield series recreated with blocks. The chap responsible for these is Taris120, who has been reproducing DICE's works for a long time. The effects look amazing and you will momentarily recognize the original. 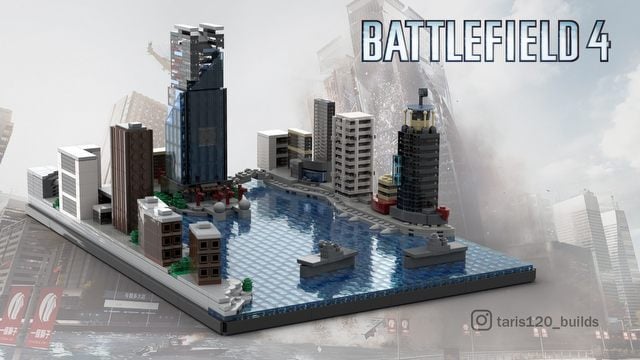 There are tons of similar projects on the web, and even if I were to dedicate this list solely to LEGO bricks, I'd still run out of space. So I'll just give you a quick sneak peek at the very well done New Tristram from Diablo III, Orgrimmar from World of Warcraft, or the Summoner's Rift map from League of Legends (although this one was created with the help of LEGO, the company itself).

And while we're on the subject of blocks, it's impossible to ignore what fans are capable of when it comes to video games. I mentioned earlier that the Danish company actively encourages people to experiment and let their imagination run wild. One project that has received the brand's official blessing is the long-in-the-making BIONICLE: Quest for Mata Nui.

Another fan-made work is the sequel to 1997's LEGO Island. Project Island, as titled by the creators, currently can't be called a speedy production (although they gave a little peek) and the team is constantly looking for new members. However, there is a good chance that something will eventually hatch from this.