For some of you, Night City may seem a bit empty, but you certainly won't deny that it is full of at least two things bugs and easter eggs. We have complained quite a bit about the former, so this time, we focus on what players like most. Well, maybe not the most, but at least very much. Were talking about references to other games, films, books, and, in general, the surrounding reality. You have to agree that a good RPG can contain a lot of these. CD Projekt RED also coddles their fans in Cyberpunk 2077. So let's get started, because we've gathered a lot of it!

Cyberpunk 2077 is best experienced in your own pace. So if you don't want it to be spoiled, note  some easter eggs may reveal bits and pieces of the stories. These mostly are not "in-your-face" spoilers, but I think you understand that simply mentioning them implies revealing some important parts of the story.

Although cyberpunk is a very distinct genre, some people have a hard time with distinguishing works in this style from ordinary, futuristic science fiction. The same doubts should not be raised about the latest game by CD Projekt Red not merely because of its obvious title. Cyberpunk 2077 drips with references to the classics of the genre, and its creators certainly did their homework in this respect  what can be seen, heard and even felt.

The soaring, neon-lit city is strongly evocative of Blade Runner (more about this later), but the lively, animate, and vivid metropolis is also a great reference to the legendary, full-length anime productions  Ghost in the Shell and Akira.

Also, the upcoming Netflix anime  Cyberpunk: Edgerunners will not shy away from similarities to the above-mentioned films. We are very curious to see how this universe works in this specific form.

Leaving the style itself aside, CDPR certainly took inspiration from other AAA cyberpunk productions, such as Deus Ex. Games from that series were much more toned-down, but the similarities are clear in elements like first-person perspective, character development, and several possible ways to fulfill missions (stealth, brute force, hacking, occasionally dialogue).

Matrix  which pill will you choose? 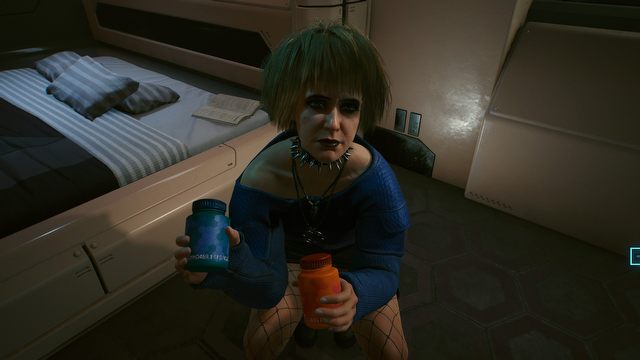 While inspirations can be more or less subtle, easter eggs always have a purpose, evoking specific memories or images. Theres no denying that one of the most recognizable references in Cyberpunk are concerned with The Matrix. And not only because of Keanu Reeves. The creators use the the legendary red-pill-blue-pill trick several times  in the film, Neo had to decide whether he wants to know the crushing truth or continue living in sweet illusion.

V (or rather Johnny Silverhand in V's brain) has the opportunity to make identical choice in the Afterlife club after interaction with a mysterious NPC. The same also happens at the end of Act I, specifically during the scripted scene in which Misty helps us recover and offers two different medications  omega blockers (blue), suppressing the biochip with Johnny Silverhands engram, and pseudoendothritis (red), which, to quote Misty, unleashes demons. These pharmaceuticals accompany us through much of the game, affecting our relationship with Silverhand, as well as the end of Cyberpunk 2077.

IS THE MATRIX CYBERPUNK?

Absolutely. Matrix is cyberpunk and much, much more. Technology taking over the humankind, which resorts to all kinds of hacking tricks to spur a revolution. Suffice it to say that along the way, there are many philosophical developments over the state of our existence. And the ultimate proof should be the fact that the term "matrix" has been uttered in Neuromancer by William Gibson, one of the holy scriptures of the genre.

Akira  the fastest bike in town 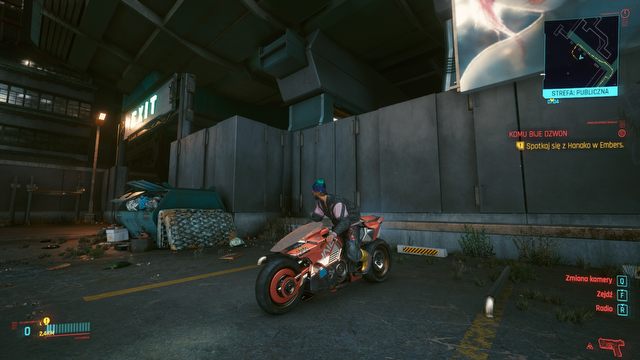 I mentioned earlier that the developers at CDPR were inspired by the Japanese Akira and these are by no means flights of our imagination. In the game, we can even buy a motorcycle from this anime, and let's agree that it's a dream-come-true for all fans of Katsuhiro Otomo's output  the film's action focused on the sound of motorcycle engines rushing through postapocalyptic Neo-Tokyo.

This vehicle is called Kusanagi CT-3X and you can get it in the north of Japantown  courtesy of Wakako Okada. You'll have to spend 22,000 eddies, which isnt that much, as we're talking about a sub-zero cool, futuristic motorcycle. And the fastest one in the whole game, too. 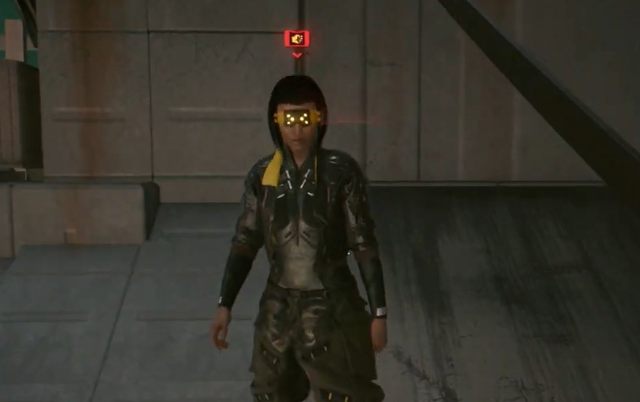 If you play Cyberpunk, you sure remember the Psycho Killer series of quests. In short, it involves neutralizing a 17 minibosses of diverse fighting styles and capabilities. Already in the first hours of the game, you can try your luck with Lieutenant Mower  she is terrorizing one of the blocks of flats in Watson, more specifically, in Kabuki. During this clash, the Ghost in the Shell fans may notice a familiar vibe.

First, the whole scenery surrounding the arena resembles the one known from Ghost in the Shell (both its original version from 1995 and the 2017 remake) used for the memorable fight in the water. Secondly, our opponent looks like Motoko Kusanagi  a leading character not only in manga but also in the whole series. 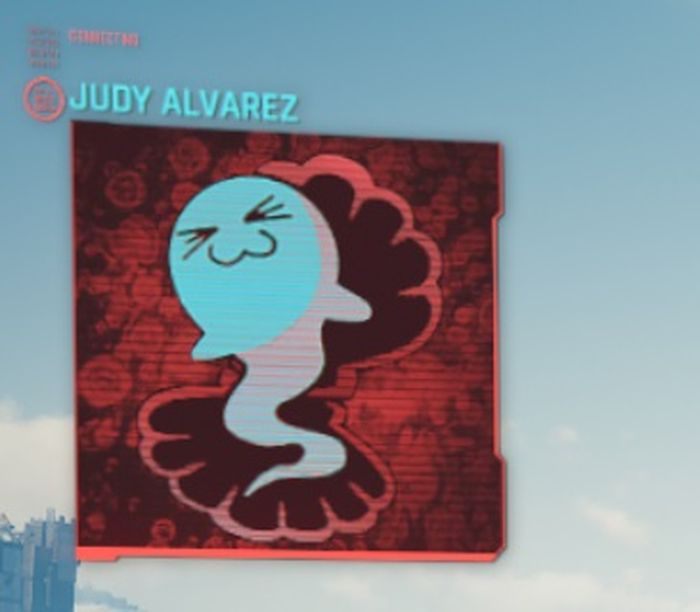 A nice wink at Ghost in the Shell enthusiasts is also the icon used by Judy Alvarez when making a phone call. It represents a cute ghost floating over a shell. The same logo is also visible on the girl's shoulder. The tattoo was noticed by the vigilant eyes of Internet users even before the premiere. Now you probably understand what its all about.

Judy also has a quote from the Pyramid Song by Radiohead tattooed on the same arm. One of the missions we get from her is called exactly that, actually. Its worth noting that it isnt an isolated case. Most, if not all quests in the English version of the game, are named after titles of different songs: Theres Shoot to Thrill, which is also an epic, roaring song by AC/DC; the mentioned Psycho Killer side quest quotes an even more iconic song by Talking Heads, same as Life During Wartime; Beat on the Brat is a song by the Ramones; Disasterpiece is a song by Slipknot; Gimme Danger references The Rolling Stones Gimme Shelter (with an absolutely stunning vocal performance by Merry Clayton); Happy Together is a song by The Turtles; These Boots Are Made for Walking, by Nancy Sinatra... And thats not even half of it.