Straight from Hollywood and superhero comics

John Wick  a guy with a beard and a dog 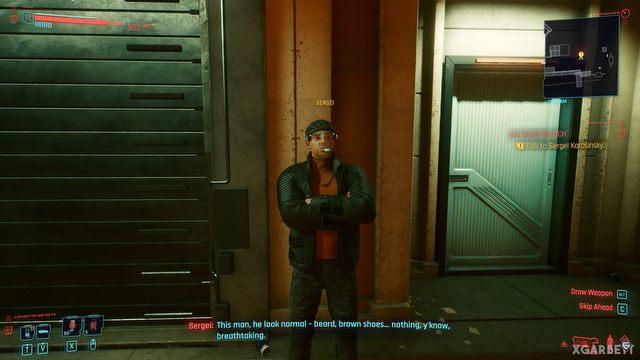 Not only does the character created by Keanu Reeves accompany us from the very beginning, and along the way there are a few references to Matrix in which the actor participated, but the creators have also been tempted to use another memorable role of this star, making it an easter egg.

We are talking about John Wick from the movie... John Wick. We hear about him in the story of a gangster named Sergei (as part of the "Olive Branch" job; you will find the man in Japantown, Westbrook)," he describes a "regular guy with a beard and brown shoes, with nothing breathtaking" walking with the dog. If you remember Keanu's speech from last year's E3 and you more or less remember Khad Stahelski's film trilogy, you will easily understand who our Russian interlocutor has in mind.

Mad Max  a car in the Badlands 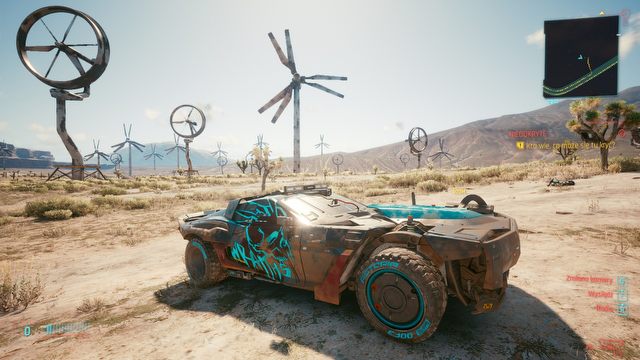 A few months before the game's premiere, CDP developers revealed an interesting design of a Quadra Type-66 series car called Reaver. When you take a look at it, you will surely think about powerful cars from the Mad Max: Fury Road, because this similarity was also the intention of Polish developers. The car looks like a really solid proprietary compilation with a lot of steel plates and tons of graffiti.

This cute little car can be taken for a small ride, although be sure to take a very long trip just to reach it in the first place. You will find it at the eastern end of the map, so you have to go deep into the Nomadic wilderness. It is located near the place marked with a question mark where you also have to eliminate a cyberpsycho.

You don't have to limit yourself to Reaver, because on the map you will find a couple of other Quadra Type-66 cars, including Avenger (55,000 Eurodollars) and Javelin (77,000 Eurodollars), which are waiting in the middle of the City Center and in the south of the Night City  way, way past Pacifica. Yes, it is an expensive pleasure, but remember that you pay for real monsters. 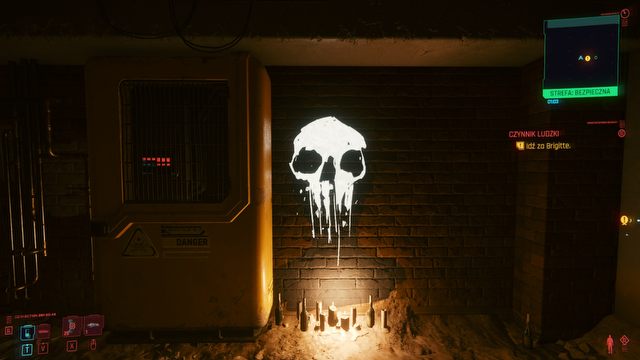 Voodoo Boys are definitely one of the most cunning and unpredictable gangs. Its members perform a strange kind of dark, yet futuristic rituals and dabble in hacks  especially those trying to get into the victim's brain. It's a kind of magic of the future, which is why most of Pacifica (the district where they are located) is covered with all kinds of murals and graffiti with different shamanic signs.

One of them is a characteristic skull, very similar to the one that is the main symbol of punishment of criminals, which has become popular thanks to the Punisher  a character from Marvel based on pure brutality, ruthlessness and a desire for revenge, not on superpowers. This wall painting can be seen, for example, in the tunnel through which Brigitte leads us during the task "The human nature".

Breaking Bad  pizza on the roof 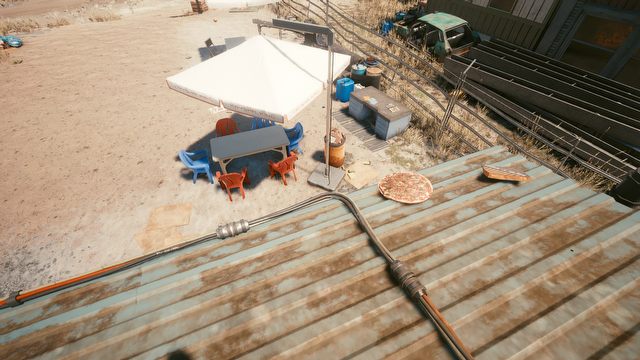 I noticed that the most interesting easter eggs are waiting for players somewhere on the border of the city and badlands. For example, to the left of the exit from Santo Domingo there is a place modestly called a trailer park. If, for some reason, you would like to jump on the roofs there, sooner or later you will come across... pizza. What is a pizza doing on the roof, you ask?

Well, ask the main character of the Breaking Bad series, Walter White, who once in a tide of anger (in episode 2 season 3. threw this treat on top of his family house. Maybe the pizza didn't mold, but it sure spent a lot of time there. The pizza itself has become a kind of internet joke, so CDPR did not hesitate to use it in their game as well. 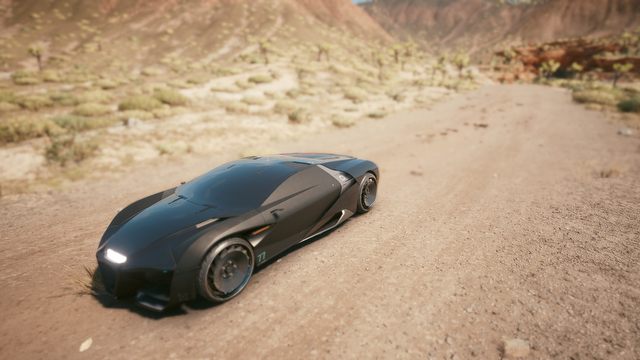 And since we are already at this trailer park, let's also mention another interesting surprise gift left by the creators of the game. We have already talked about the fastest motorcycle (in the context of the reference to Akira ), and now we will talk about an equally powerful car, which is located 500 meters east of the mentioned place. All you have to do is drive into a dark and long cave and you will notice a white stamp symbolizing a hidden car  this way you will get a real four-wheeled beast.

However, it is not an ordinary car, because it is enough to read the note left beside it to understand that it belonged to a superhero who called himself the Shadow Man. He lost his parents one night and has since then become the vengeance of Night City, dispensing justice and condemning evil. So let's not wrap it up any longer  yes, this is about the Batman, and yes, your newly acquired vehicle is the Batmobile. You didn't expect that, did you?