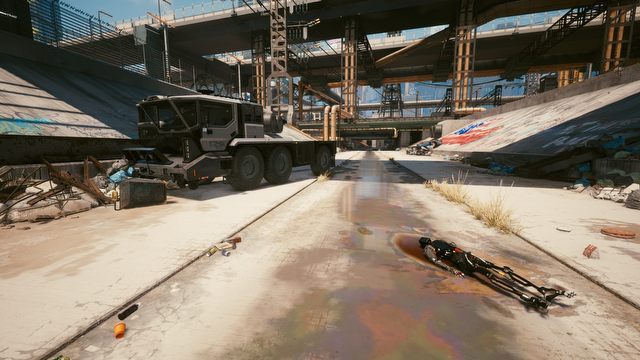 In the very center of Santo Domingo, in Arroyo (fans of Fallouta are bound to like it), there are other mysterious corpses lying on the embanked drain road. A dead man, a destroyed robot and a huge truck  without knowing the context, it's a little difficult to figure this one out.

However, this is another nice reference of the creators, this time to the second part of Terminator , namely to the popular chase scene featuring T-800, T-1000 and John Connor. In the film it ended rather happily, because of the spectacular explosion of a vehicle with the antagonist on board. However, CD Projekt RED decided to play with an alternative version of events. The truck is really good, which is not to be said for our brave heroes who bite the dust. At least they left some decent weaponry for us to loot. 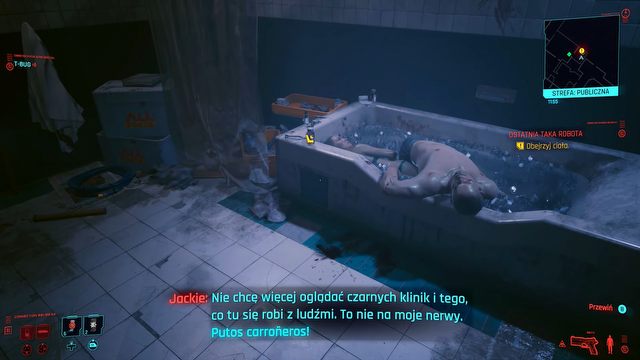 Do you remember room 237 from Stanley Kubrick's Shining? It is rather associated with macabre and horror as it was a place where young boys were tempted and seduced by a demonic older woman in the bathroom. Nothing pleasant, that's for sure. Right at the beginning of Cyberpunk, when completing "The Rescue" job with Jackie, we have to break through the apartment number 1237 (full of gangsters) in order to save the woman we find in the ... bathtub. Stay calm, she is harmless in contrast to the woman from Kubrick's film. Still, it's hard not to connect the dots and not notice how the creators have amused themselves with the players' expectations. 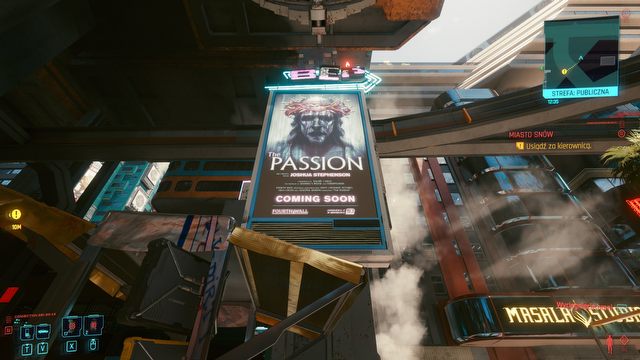 THERE IS A LIGHT THAT NEVER GOES OUT

In a side job called "There is a light that never goes out," which we receive at some point in the game from Wakako Okada, we find a converted murderer who thinks he's a modern Messiah. He even wants to record braindance from his own crucifixion so that people can feel his pain and sacrifice for Night City sinners. We can help him in this precedent or keep our distance  regardless of our decision, it is worth praising the creators for their ingenuity, because this mission is quite memorable.

A trip to the Moon  the classic SF 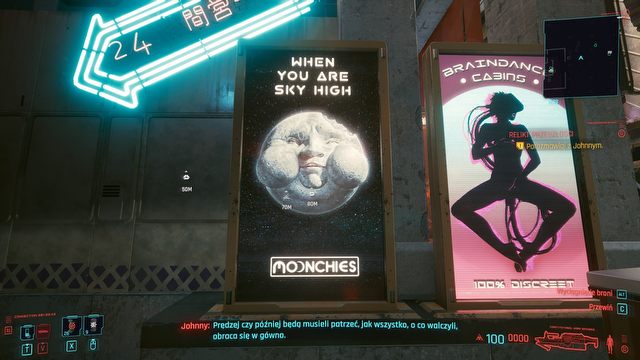 In 1902 the French illusionist and director Georges Mélies made the first science fiction film in the history of cinematography  A trip to the Moon. It is a pleasure to watch it even today because of its practical special effects. Especially memorable seems to be the stylistic trick, in which the rocket is driven into a destroyed Earth satellite with a human face. It may be that the developers at CDP don't know this masterpiece of silent cinema, but I can't help but think that as soon as I saw the above advertisement at one of the market places in Japantown, I immediately associated it with this aged SF.