2023 promises to be a bit better than 2022, because we should finally get some late, and especially awaited hits. Regardless of what ratings they get, it's safe to assume that games such as Diablo IV, S.T.A.L.K.E.R. 2, Starfield, Hogwarts Legacy or The Legend of Zelda: Tears of the Kingdom will certainly resonate and will enjoy great popularity. As long as they are released! There will also be some indie surprises that could win many fans thanks to their playability.

Next to them, there are also games that are not as heavily advertised and do not have as large budgets as AAA titles, but the announcements alone are interesting and may turn out to be the dark horses of next year – an unexpected hit that will cause as much fuss as once the first part of A Plague Tale or Hellblade. Among them, we also picked a few items from slightly more niche genres. Here's our list of those titles that aren't as hyped, but are worth keeping an eye on in 2023. 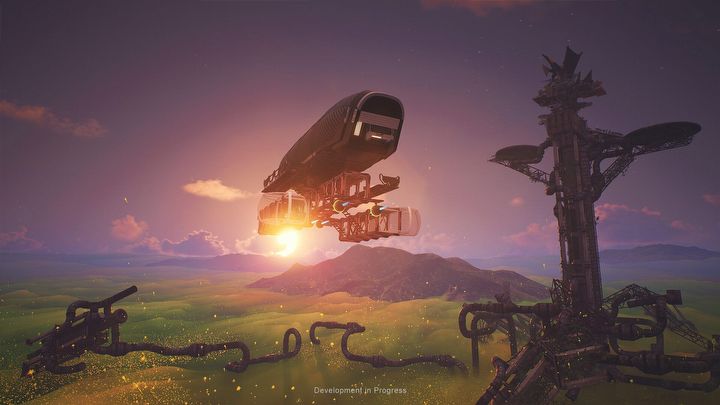 What will Forever Skies be about?

Forever Skies is a Polish survival game that will take us to a rather original place. There's a familiar post-apocalypse theme here, but everything happens above the clouds, because the world is covered with toxic dust. Moving in a futuristic airship, which also serves as a base, we try to survive in these extreme conditions, while looking for a cure for a strange plague that is decimating the remaining survivors. The locations in the game are platforms soaring up in the clouds, often as the ruins of old skyscrapers. It is between them that we will fly our ship. And the whole thing is supposedly strongly inspired by the problems with air quality in the city of Krakow.

Some time ago, the developers released a demo of Forever Skies, which allowed everyone to see what this, quite original game, will be about. And we found it to have quite addictive gameplay, especially when it comes to upgrading the ship, which can turn into an extensive base, even with customizable cosmetic items. We haven't seen many planned mechanics yet, such as the combat system or the co-op mode, which will certainly spice up your stay in this inhospitable, toxic world. While the studio working on this game is quite new, it's made up of veterans who previously developed Chernobylite, The Medium, Dead Island, and Divinity: Original Sin. The authors, by releasing the second, improved version of the demo, signaled that they listen to their fans and take all suggestions to heart. Forever Skies promises to be one of the most original productions of next year.