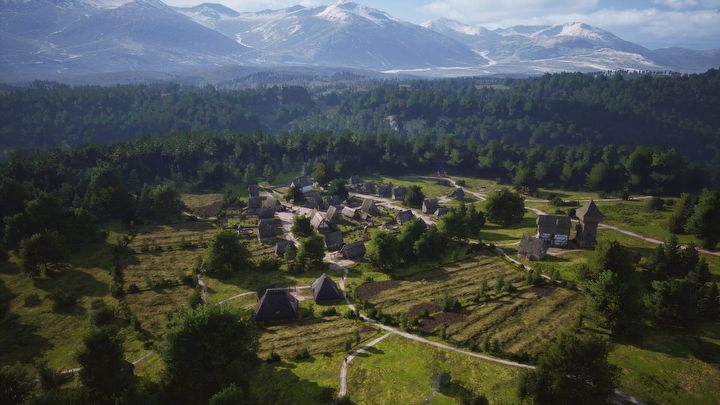 What will Manor Lords be about?

Manor Lords is a Polish real-time strategy set in feudal Europe from the Middle Ages. As in every RTS, it will be important to build and constantly develop the settlement and maintain an increasingly stronger army. The game will be diversified by the season changing system, dynamic weather and random plagues, famine, or war. The game will feature a very realistic, eye-pleasing graphic design, which is bound to impress with the level of detail, so rare in other productions of this genre.

The demo of Manor Lords could already be tried out as part of the Steam Next festival, when the Polish production attracted thousands of people. The game looks incredibly realistic and just so delights with Slavic landscapes. The impressions can probably be compared to those from Kingdom Come Deliverance, but on a macro scale, because instead of worrying about the fate of one character, we care about the future of the entire city, while being able to look into every corner and smell every dirty puddle. We keep our fingers crossed that Manor Lords will be as successful as the game of the Czechs and will bring a new quality to the strategy genre.