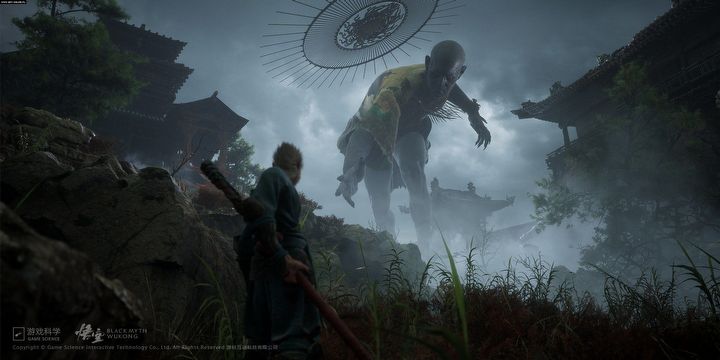 What will Black Myth: Wu Kong be about?

Black Myth: Wu Kong is an action RPG observed from third-person perspective. It tells about the adventures of the "monkey king" – a monk with a unique appearance and the ability to alter the physical form, who wanders through various lands with an ordinary stick as his main weapon. The whole thing is based on Chinese mythology and a novel popular in the Middle Country. The game will not lack spectacular duels with bosses, and in total, we will meet as many as 160 different types of enemies. Initially, the game was taken for another soulslike, but eventually we will get a more accessible title, more in the style of God of War.

From the first trailer, Black Myth: Wu Kong wowed everyone with its beautiful visuals, which now shine even more after switching to Unreal Engine 5 and enabling RTX effects. The designs of the locations, lush vegetation, detailed lighting and the appearance of the characters make an extraordinary impression, and you can feel and see the "exoticism" of China. A spectacular combat system combined with a good storyline and setting may make Black Myth: Wu Kong a game to remember about in 2023.