Gamers who closely follow industry-related news have been in grave moods lately. The reason for that is in large part the increasingly anti-consumer attitude adopted by major publishers, which have been pushing the boundaries of their customer-milking strategies further and further.

The most recent attraction of that sort, the posterboy of which in the last days became Electronic Arts, are microtansactions included in full-price titles, usualy as the so-called lootbox mechanics  selling crates with randomly generated content. The companies claim that we can acquire them over the course of the game, that we dont have to pay for them if we dont want to... but if we dont, wed better be prepared for hundreds of hours of grinding nightmare pulled straight from the worst free-to-play mobile games. Except here the blatant lie of it being free isnt even disguised in any way  we pay a full price for the questionable pleasure of paying even more for loot boxes. 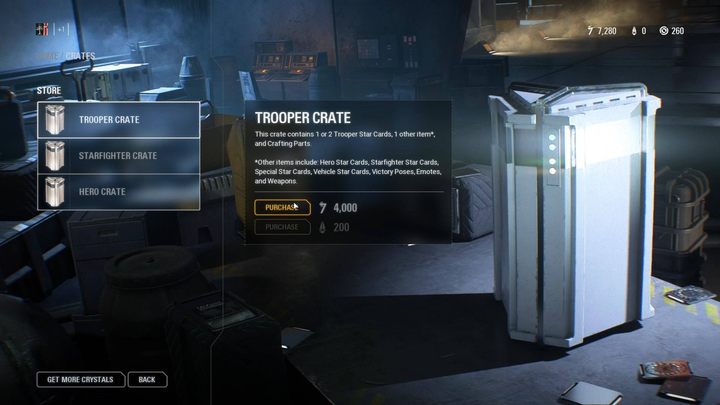 As I write these words, this years Star Wars: Battlefront II is taking massive amounts of flak, and rightly so, but its a case of too little, too late to stop the negative trend.

The informed part of the gaming community is of course putting up brave resistance on all available message boards and social media channels. With Battlefront II their actions were even loud enough to curb the leviathans cravings for a bit, forcing it to go into defensive and launch clumsy attempts to appease the community. Most of us, however, are aware that we are merely delaying the inevitable, and the silent crowd will be happy to smash their piggy banks. The power of the Star Wars franchise, supported by an equally powerful marketing campaign, will work, the game will sell, and it will sell big, and the corporations will receive a clear message  the gamers apparently want to be milked. Lets milk them then, milk them for all theyre worth.

The presence of microtransactions and the future of games as services is almost certain at this point, and the year 2017 is arbitrarily hailed as its beginning. Thats why many people will tell you that its the worst year in the history of video games; that being a gamer is ridiculusly costly these days; that new games are garbage, and youd be better off shutting yourself in your basement with your old trusty ZX Spectrum, leaving all that pathology outside. Or that its time to find a new hobby, maybe playing chess. 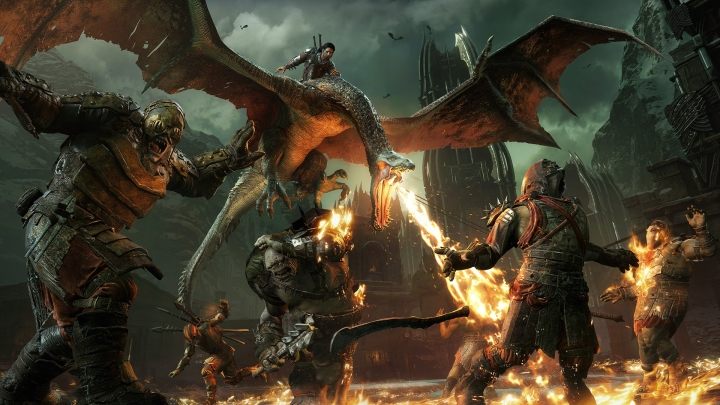 Shadow of War wont allow us to prepare for the entire game; near the finale we will have to spend hours on grinding chores or pay a hefty amount to have them go away.

I, however, believe that 2017 is one of the best, if not the best year for gamers in the last decade, and the aforementioned examples of whining are either a sign of ignorance or intentional exaggeration and seeking drama. The remedy for microtransactions, lootboxes, season passes, and all the other cancers that are killing the industry is in fact really simple: pull your head out of the AAA pool  look past the largest, loudest, priciest, most widely advertised hits.

There are dozens of wonderful titles to be found In the shadow of Need for Speed, Star Wars, and Middle-earth: Shadow of War, titles that offer no less, perhaps even more fun than their advertised AAA counterparts. And Im not talking about small independent games (thats another place where you can find incredible gems), but mainstream games from large and medium publishers. 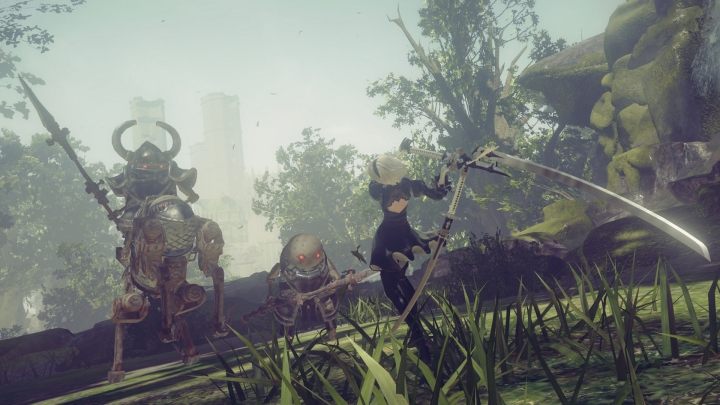 NieR: Automata had neither loot boxes nor microtransactions, and still managed to satisfy the expectations of a publisher known for complaining about sales.

March saw the release of NieR: Automata  a wonderful action-RPG that blew us out of the water with its innovative narration and plot twists; its ability to spark extreme emotions left a lasting impression on those who played it. The game had me so enthralled that I didnt hesitate to call it the best game Ive played since PlayStation 2 era. Just play the games soundtrack in a place where I can hear it and see what happens.

The same month, the latest installment of The Legend of Zelda was released on Nintendo Switch, and it was instantly hailed as one of the best games ever released and the ultimate sandbox. As soon as a month later, Giant Sparrow released What Remains of Edith Finch, an adventure game that realizes the walking simulators full, enormous potential to tell engaging stories. Less than a week later, and we had Persona 5 enter the fray. Its unique style delighted RPG fans in Japan even more than the long-expected Final Fantasy XV. 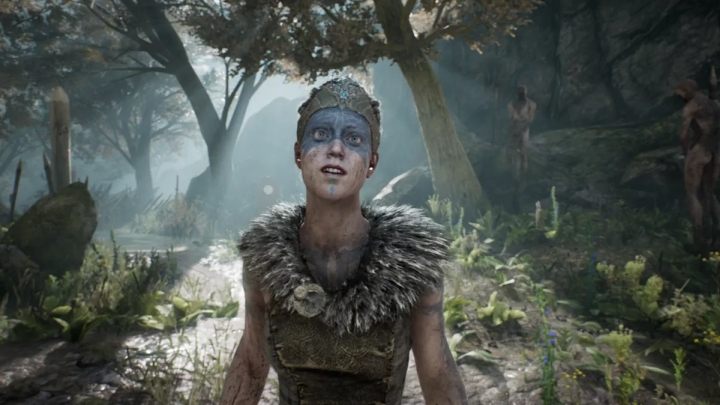 Hellblade smothers you with atmosphere and turns its back on almost every known industry trend in favor of a closed, linear narrative.

Not enough? Oh, Im just getting started. NiOh, which married Ninja Gaidens combat system with Dark Souls-levels of difficulty and game mechanics. Hellblade, which was dripping with heavy atmosphere of madness. Cuphead, with its wonderful visuals and absolute lack of mercy towards players mistakes. Resident Evil VII, giving the franchise some of its lost glory back. The innovative Pyre, testosterone and manly tears-laden Yakuza 0. Rime, a tribute to the titles from Team Ico. Disturbing Little Nightmares.

I could go on. All of them were released this year and offer gameplay of the highest quality and, in most cases, top-notch visuals. None of them were infected with the microtransactions syndrome; we never got the feeling that something was cut out to be sold separately  if any of them offered any DLCs, they are nothing more than completely optional extras. 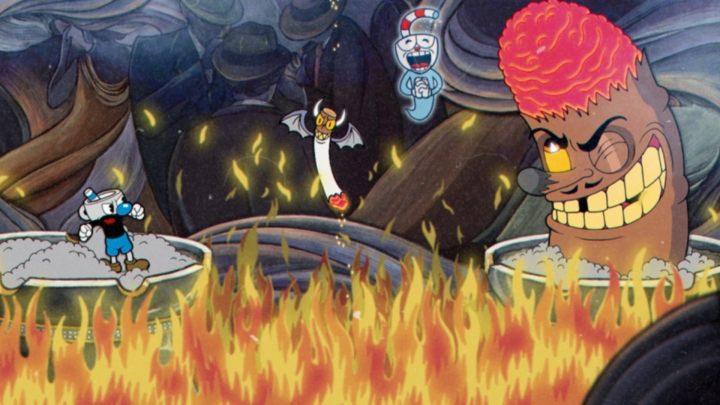 Cuphead proves that theres a lot of room in the industry for titles from passionate developers.

The video game industry grows with each passing year and becomes more and more commercialized. A bigger pool of money on the table means increasingly more greedy attempts to claim it. But lets not forget that the growth isnt limited to biggest publishers. The video game market grows in width as well, giving a lot of space to accommodate medium and small developers.

Thousands of games are being made each year. Among them we find small gems from independent, passionate developers, great mid-tier titles that balance business and passion, and exclusives  titles whose role is to convince the gamers to buy a specific hardware  focused more on quality than money. 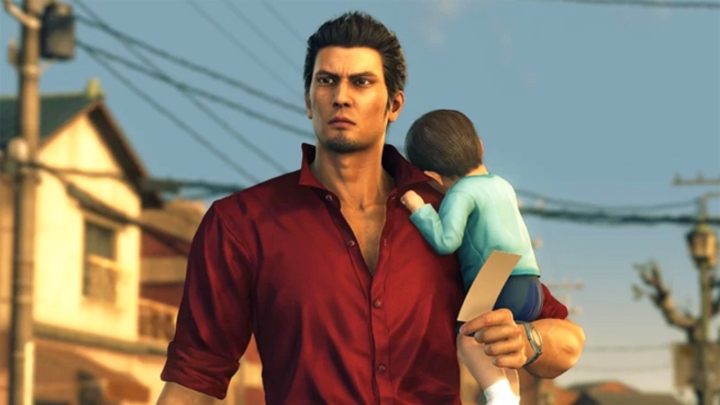 Instead of waiting for more possible disappointments in 2018, why not give a chance to a game like Yakuza 6, facing a risk of getting charmed in the process, like the author of this column when he first encountered the aforementioned series last year.

And it will never change, because there will always be a place for such titles, if not in, then along the mainstream. Even if theyll be unable to rake in as much money as Battlefront II, they will sell good enough to make the idea commercialy viable.

The year 2018 will probably be another year or raging microtransactions. A year of loot boxes, junk DLCs, season passes, and all the other stuff the corporate machine may come up with. But it will also be a year of the next Hellblades, NiOhs, What Remains of Edith Finches, and Rimes. Thats why instead of lamenting the fall of quality standards and the end of video games simply do not play what you do not like and focus on those titles that offer their buyers a fair deal. Thats what I do. And 2017 was a great year in my book.