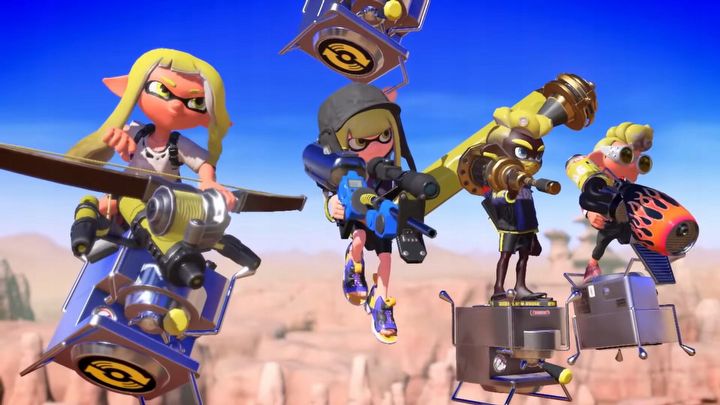 Nintendo fans know Splatoon well, so they are probably not surprised that the series already reached part three. Of course, exclusively on Switch, because why allow other platforms to shoot with ink? So if you want to paint something up, then Splatoon 3 will be perfect for you. Especially if you prefer online gameplay and competition with other players.

The third time, because why not?

Splatoon 3 is just more of the same thing, bringing a host of small improvements to make the gameplay even more enjoyable. The core of the fun hasn't changed, so the game is still about trying to paint an area with your own color to dominate the opponent. Of course, you can also shoot the enemy themselves (and you should!), but remember to refill the ink. In this installment, an attempt was also made to expand the movement system and introduce greater possibilities of modifying the appearance of the characters.