I won't write that we're entering 2023 with a bang, breaching the door and flashbanging the room with stunning releases. January is something different; a month of relaxation, when we prepare for the upcoming year, and take a break after last year's madnesses. There's no shortage of releases this month, but they are not high-profile games, which doesn't mean they're not good! It's just calmer, not really a carnival type of thing. 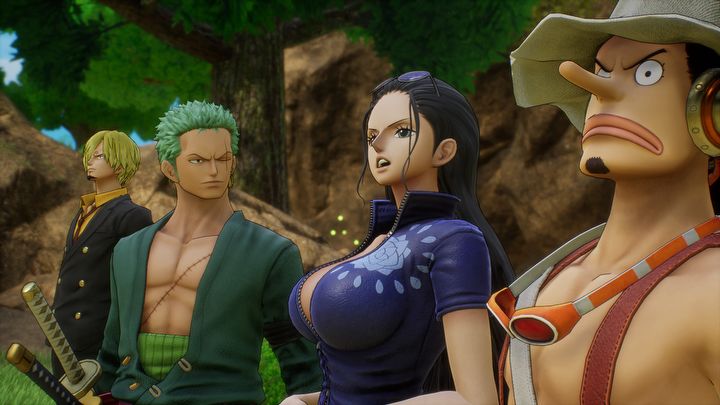 Will the game live up to the manga original in any way?

Even if you're interested in Japanese games, chances are you haven't heard of One Piece. It's the most popular manga, and at the same time one of the longest-running, which even surpassed Dragon Ball in levels of interest. There's no shortage of games based on One Piece, but in the case of One Piece Odyssey we're talking about something unique. We won't get an adaptation of one of the manga stories, but a completely new adventure, created just for the game.

Welcome to the Straw Hat Crew!

As part of One Piece Odyssey, Luffy's crew will end up on an unknown island as a result of a storm. You will have to find your friends, solve the mystery and repair the ship. In the meantime, we will explore the area, develop our heroes, and take part in a series of turn-based battles. The character's attacks can be combined, and the plot twist system will add some spice to the game.