To avoid being greeted at the airport by a rabid crowd with pitchforks and torches on my way back from Cologne, I must emphasize: the Cyberpunk 2077 show at gamescom was spectacular in many ways. When V remotely hacked the boxing robot belonging to an infiltrated gang, which then almost ripped off our opponent's head with a single blow  a French journalist sitting next to me mumbled under his nose: Game of the year, ladies and gentlemen.

When the main character, using a virus, forced one of his opponents to pull the grenade pin out, blowing up himself and two other enemies  my smile was so wide I almost lost teeth. After two presentations of the upcoming hit by CD Project RED, I am confident that it will be an outstanding piece of gaming art in some aspects, but at the same time, it can be very uneven.

I suspect that most reports from the gamescom show will mostly contain appraisals. And no wonder, because the amount of stuff that rightfully deserves praises in Cyberpunk 2077 is just astonishing. The detail of the environment, the beautifully designed world, the amount of effort poured into every detail of the futuristic reality, the complex system of dialogues, the number of ways to solve situations that equal Deus Ex, the phenomenal destruction model  all that makes it easy to turn a blind eye on some of the shortcomings. The obvious problem is that ignoring these during a forty-five minute presentation is much easier than during, say, a 50-hour playthrough. 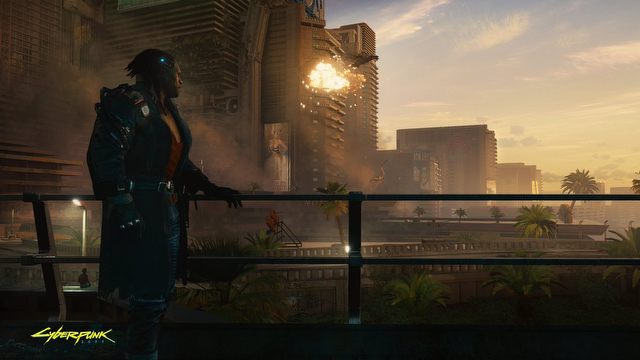 The world of Cyberpunk is full of tight moments. The gameplay? Not so much.

CD Projekt RED either is preoccupied with the production process, or just isn't crazy about creating press demos of their game. The gamescom presentation was the third time I saw the same thing, so we're not going to dissect that again. Check these links if you'd like to read these impressions: 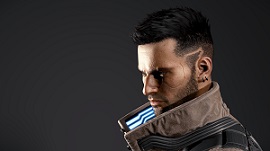 V's male voice acting was a bit of a bummer for me. While in the female version, you can hear the natural feistiness that fits this character, the male vocal is surprisingly unremarkable. But maybe it's just a matter of the wrong fragment of the game. CD Projekt RED always seemed to have a knack for voice actors  Doug Cockle has become quite an icon  so I hope that Gavin Drea will also turn out a good choice in Cyberpunk 2077.

For now, I have a weird feeling that it will be more enjoyable to watch this game than play it. As you will read literally everywhere  the Night City is a sensational design. During the show, the creators took us to Pacifica, a district intended as a paradise for corporate big guns, but now, only the skeletons of giant skyscrapers remain, occupied by the Voodoo Boys gang. Bare frameworks tower around the streets reigned by chaos and gangs; cars burning in the streets, and ordinary citizens hiding in cul-de-sacs. And the player follows the NPCs, observes it all with awe, absorbs this extraordinary atmosphere of futuristic decay... but all this walking, watching and absorbing takes much more time than gameplay proper.

And I think I know why. CD Projekt RED are masters in world building, filling it with all sorts of details, creating characters with actual personalities and writing spicy dialogues. They proved that in the Witcher, and they show it now. When we're following out contractor with a helicopter firing at a building in the background, it looks great. But the core of the gameplay itself  shooting, sneaking, driving cars (or in the case of this particular piece, motorcycles)  looks decent at best. Weapons lack a solid kick, opponents hide behind shields, but half of their body is always exposed somehow, and, with the exception of one kind of enemies  melee warriors who jump at the player in lightning-fast leaps  they're not very mobile on the battlefield. In addition, the flood of markers and numbers is quite distracting  but we should be able to turn these off. 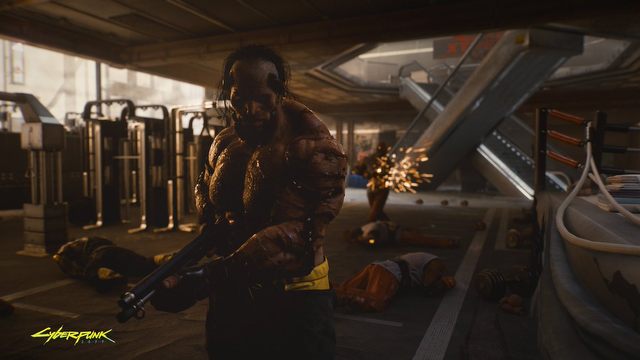 The Animals are walking towers of muscle, spending most of the day at the gym. A clever hacker can easily take advantage of that.

I'm not saying Cyberpunk 2077 looks bad in action. When real mayhem starts to unfold, pieces of walls flying around, a virus-infested enemy blowing up his mates, and V landing a perfectly timed blow on an enemy that had just teleported in front of him, it looks magnificent. But these are individual moments. The rest of the game is meat and potatoes, a solid shooter. And such an ambitious project deserves something more  the predatory feeling of Doom, Titanfall-type mobility, or, even better  some new, original solution that could really surprise us. Things are similar with the vehicles. The driving model seems shallow and too arcade, which wouldn't have been a big a huge problem if we were cruising streets with some actual traffic. Meanwhile, at least in the Pacifica, the roads are empty. You might have seen this emptiness on the only extended gameplay available on the web.

This is the unevenness that I wrote about at the beginning. The impression I got was that CD Project RED chose some elements of the game  the world design, the hacking straight from the best immersive sims, the attention to detail  and allocated the best talent to work on them for months on end, and the idea for the rest was something like Meh, just let's do it like everyone else. Nowhere is this more apparent than in the presented boss fight, where V clashes with a giant hammer-wielding leader of the Animals  Sasquatch. The opponent has a set of easy-to-learn attacks and a brightly glowing tank on his back, that's practically yelling SHOOT HERE. The skirmish is carried out according to a simple scheme: dodge the blow, move behind the enemy when Sasquatch tries to pull the hammer from the ground, empty the clip into a weak spot, repeat. Where did we see it? Uhm... yes. Everywhere. 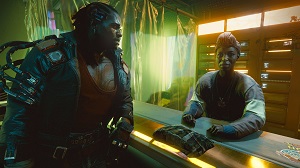 One of the most interesting aspects of the demos was the language used by the inhabitants of Pacifica. They are Haitian immigrants, so they communicate with each other in Creolian mixed with French and English, all with a thick accent. To understand the more obscure of the three languages, we can equip an implant, which translates foreign languages on-the-fly, in the form of text on the screen. 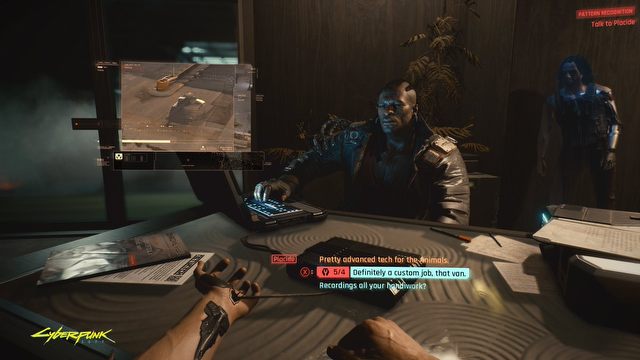 Dialogs are great  on top of that, a lot of conversation options are only unlocked with special abilities and the right origin. 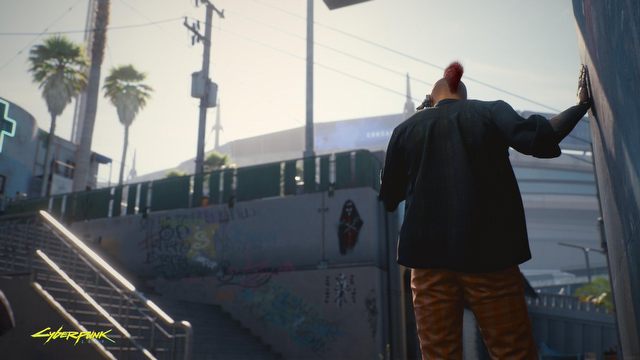 If not for the cybernetic arm, you could confuse this guy for a regular punk.

You might feel that I'm nitpicking, and that even if everything isn't perfectly innovative and impressive, it's not reason to start moaning. That the moments, after which you have to collect your jaw from the floor and wipe tears of joy from your face are plentiful. And there's some truth here  it's actually great to have a developer, who has accustomed players to such quality that anything less than impressive is in the case of Cyberpunk 2077 disappointing. It's simply that the bar has been raised so high; good enough for others is the starting point for CDPR. The hype is so gigantic that some people seem to expect the game to start a new era in the world of interactive entertainment, to secure GOTY awards for the years 2020-2077, and bring about world peace. But the people from the RED Project CD can't be specialists in everything. Their game is still just a game, with its own set of shortcomings. But don't worry  it still promises to be absolutely insane.

The trip to Cologne, and the costs of accommodation were covered by Gamepressure. 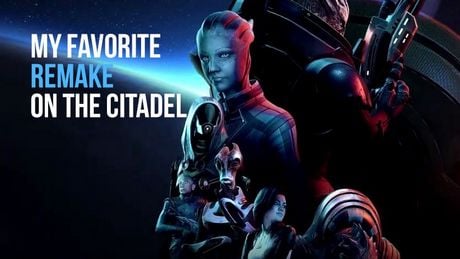