Four years have passed since the release of the last installment of Heroes of Might & Magic, and over a decade since the last truly successful one. Apparently, Ubisoft hasn't got a good idea of what to do with the franchise, and its fans slowly begin to feel a certain emptiness  some of them may have even forgotten about the series. And so, this is the perfect time to enter the fray  preferably with a game that already has an established position in the genre, and a noble pedigree, but hasnt yet overstayed its welcome. The creators of King's Bounty II felt they could fill the market niche... but for some reason, they did that with an overcomplicated game that squanders a few opportunities.

Many players refer to Heroes of Might & Magic III as the game of their childhood, but without King's Bounty, the series would have never been created. Both games were designed by the same man, Jon Van Caneghem, the founder of New World Computing. The developers of that studio never denied that the Heroes were in many respects a reiteration of ideas first implemented in King's Bounty.

In what respects? Things like the eponymous heroes, capturing and maintaining castles, searching for map fragments that reveal the location of artifacts. The 2008 remake, subtitled Legend and developed by Katauri Interactive studio turned out to be a worthy successor to this classic. We have doubts whether the same thing could be accomplished with the sequel.

Could someone tell me what's going on here?

The most surprising thing for someone who spent some time with the first installment of the renewed series (and half their school years on various Heroes of Might & Magic games) is how hard it is to find bearings around this game. Our greatest enemy are not the powerful trolls or armed skeletons, but mostly the gameplay design. Although I do not generally approve of repetitiveness in video games, I found myself thinking that King's Bounty II could have been so cool if only the developers went along the line of least resistance. There is virtually no trace of transparency, which was usually the hallmark of other games of the genre. The turn-based battle mode is where this is most obvious  instead of a single figure representing the whole unit, we actually see the entire units, which results in the battlefield being pretty stuffed with units. 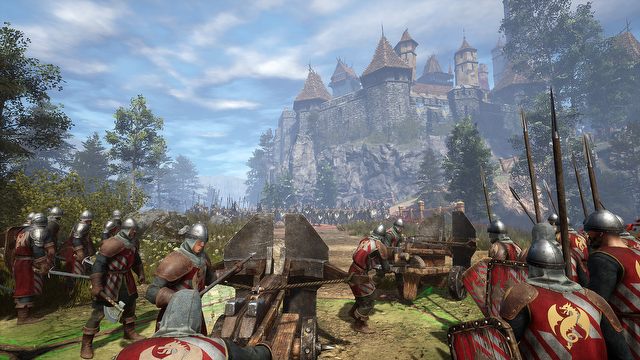 To add insult to injury, most of the units look identical. In the tested fragment of the game, my army consisted of crossbowmen, archers, spearmen, swordsmen and knights, and until the very end, I wasnt able to visually discriminate between them, and had to hover the cursor above a unit to make sure what it was. It was a little better in the case of opponents, because at least once in a while you could get an ogre or a warlike angel. Even worse, the enlargement of units caused that instead of neat, small tiles we got huge hexagons, packed with a dozen or so creatures. On the battlefield, theres a maximum of a dozen of these  some are occupied by obstacles, some by opponents. As a result, tactical options are scarce, and the whole tactical element of troop positioning goes down the drain.

King's Bounty is not a fairy tale

In my opinion, giving up the fairy-tale setting was a cruel shot to the knee. In the previous King's Bounty (and the good installments of Heroes of Might & Magic), colorful visuals were not just a stylistic measure  colorful, distinctive characters, monsters and elements of environment were highly distinguishable and made the game extremely clear. The latest work of 1C Entertainment does not have any of these advantages. Archers are difficult to distinguish from knights, key NPC differ little from ordinary passers-by, and loot chests do not differ in appearance from all the other containers. I spent half the time with my eyes pinned to the minimap, which reveals important items and persons, as the game doesnt otherwise highlight them.

But I can't really complain  at least it spared me from looking at the graphics for too long. For some reason, the developers decided to present the action from third-person perspective, like in a full-fledged action-RPG, but the only thing they have achieved with this is highlighting budget constraints. King's Bounty 2 looks mediocre when we look at still frames, and god-awful when we see the game in action. Everything is marked by extreme ruggedness, the open world turns out to be empty and not very interesting, our character moves with the grace of a block of reinforced concrete, and the cut-scenes  running in stunning less-than-30-fps  look just phoney. And I know that some of you will probably say that youre willing to forgive a certain degree of stiffness, as long as it gives you as much fun as the predecessor. But I bet dollars to doughnuts that if 1C Entertainment sticks to the current release date (which is not far away), it won't be very much fun. 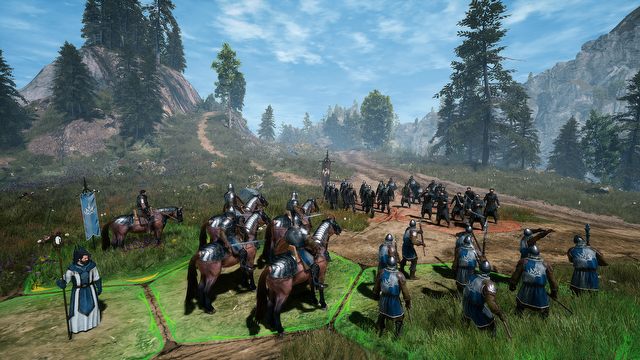 Waiter, this game doesn't cut it for me

It's just a poorly designed game. Things that worked well in earlier parts of the series were reworked here as part of a strange mission to create a new face for the franchise. For example, recruiting troops  previously they could be recruited in different locations; in the second part, we deal with everything through interaction with a single merchant who gives you access to five different units: from barely trained swordsmen to killer knights. Where's the challenge in that? Where's the feeling of overcoming difficulties, when the enemies are nice enough to face us in open field, when they have a fortified castle (and a visibly weaker army) at their disposal? Where are enemy units using any tactics other than attacking a random unit from our army? 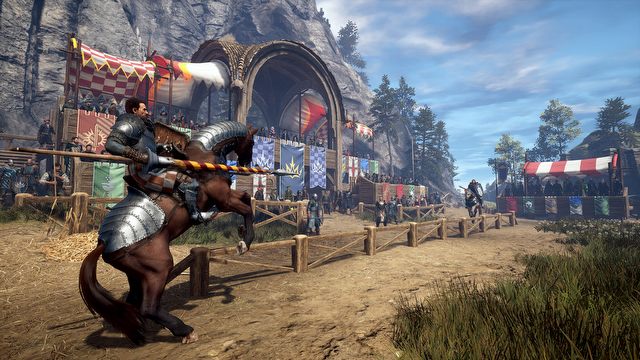 And there are things here that could work well. The complex equipment and weapons system of our hero, a variety of possible development paths, an extensive and well-designed universe, and finally, the widely-advertised choices that will affect the story  King's Bounty 2, beneath that short-coming facade, hides a few solutions that might have been really interesting. In each of the tasks I managed to complete, I had to choose between helping one or the other character (or even an entire faction), between negotiations and combat. On the other hand, however, we have an extreme lack of transparency, ugly visuals, a pointless decision to go towards realism... There's just too many flaws here. And all that image change of King's Bounty seems like a revolution for the sake revolution.

Maybe I'm jumping into conclusions here  I spent just over half an hour with the second installment. However, I have the impression that the Russian studio involuntarily sabotages this series. Transplanting the beating heart of the franchise is a delicate matter, requiring good instincts and minds of the best gamedev professionals. In the case of this production, it looks as if the developers decided to perform an operation on a living patient after having spent two sessions with Surgeon Simulator. The results are not yet known, but it doesnt look good.

The expenses of the trip to gamescom were covered by Gamepressure.