It took a quarter of an hour at the Nintendo booth at gamescom to get me feeling terribly sorry for Luigi. His brother is not only an icon of pop-culture, who, despite the proletarian origins, married into aristocracy, and became rejuvenated in his old years, crushing the platformer competition with Super Mario Odyssey. Parents (in this case, Nintendo) invested huge money into him, making him the face of increasingly high-budget hits, and Luigi gets only the leftovers, minor games. But guess what? I like still him. And Luigi's Mansion  although nowhere near the quality of most games starring the chubby plumber in a red cap  is also a great game.

And to a huge part, it's thanks to the title character. Mario acts like a fearless daredevil in his adventures  landing on the heads of deadly enemies with a trained smile, jumping over the precipices with his fist triumphantly raised up  to put it shortly, he's a flamboyant character, whose spirit is as great as his mustache. And his brother, on the other hand, is a prime example of a trepid wussy. He walks around the haunted castle scared stiff, tripping over his own two feet, looking at the ghosts chasing him with a grotesque countenance of a librarian who finds himself in the worst of nightmares. It is a universal hero; a mirror reflecting the player, allowing them to give themselves more credit. Because Luigi, though terrified, overcomes the fear, frees his imprisoned friends from the ghastly fortress, along the way discovering the courage that has been long subdued by his favored brother. What a beautiful story! 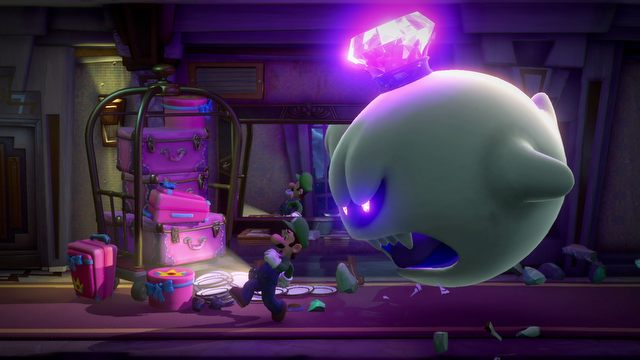 The philosophical metaphor of reaching emotional adolescence that allows one to accept their personality is complemented by the gameplay. The creators don't want to push us around; they don't have high demands, repeating to us at every step: "Easy now, lad, you can do it." So the entire thing comes down to using three gadgets: a flashlight that immobilizes the ghosts for a brief period of time, a vacuum cleaner which can get rid of them once and for all, and a 'gun' that lets us pull things. Here's a remedy for all problems: three items empowering Luigi to at least once become the hero, the savior of the day, instead of being his brother's usual sidekick. 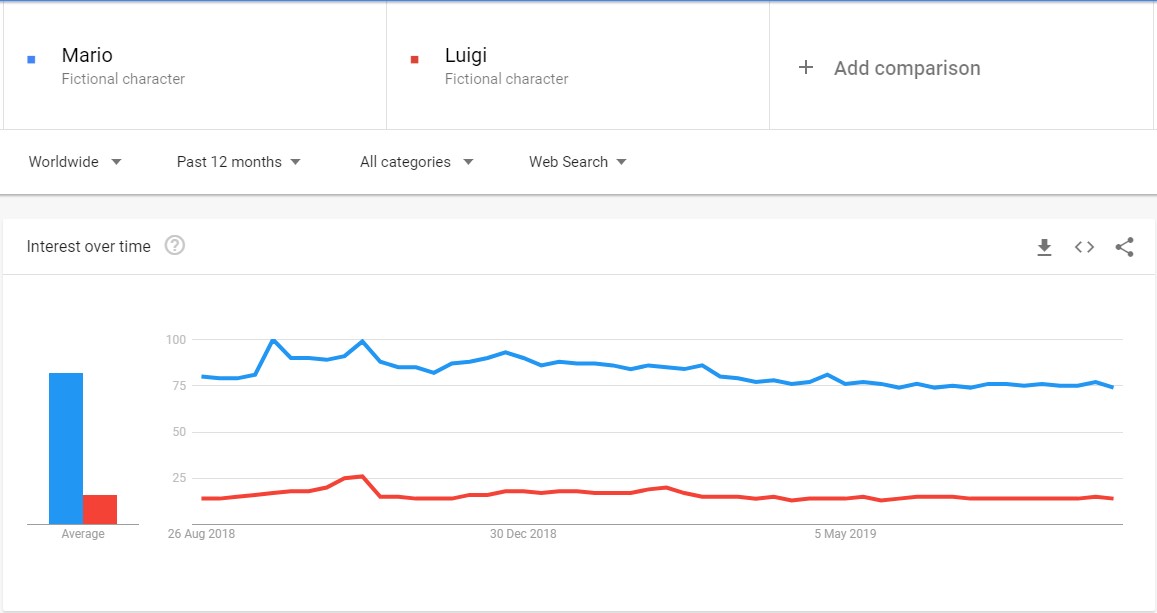 We also have to bear in mind one more element, the dogmatic cornerstone of the interpretation of this difficult artifact of gaming: the matter of Gooigi. This... grose, green, mucinal clone is, in a way, another reflection of the brothers' difficult relationship. Compared to Luigi, Gooigi is sluggish, barely able to move those disgustingly disturbing legs of his; he's void of his own form, as if his whole identity was only realized in his "superior counterpart. This is a representation of the protagonist's own fears about his position  always inferior, defined by his brother Mario. But again, Luigi's Mansion shows the silver lining. Because without Gooigi, you won't be able to handle the haunted mansion. It's because Gooigi is so miserably shapeless that he's able to overcome situations, where both Mario and Luigi would be helpless  he can cross a spiky trap, or risk his (already dubious) health by cuffing himself in stocks. Ultimately, he uses the same items and can do exactly what Luigi does, but he humbly accepts his secondary role, while also realizing his undeniable value.

Luigi's Mansion is... simply cool. This is a game that's supposed to cater to the Sunday players: you can solve almost any problem in an instant, and even if we go somewhere, an overzealous system of clues will immediately prompt: I'm not saying anything, but you can actually open some containers with the sticky gun."

And while games with Mario offer a slew of different mechanics, Luigi's Mansion is limited to a few solutions, on which all the puzzles are based. It's hard to tell whether the devs were ultimately able to make the entire experience captivating enough throughout the few hours it should take to complete the game using the limited mechanics, but the few moments I spent in the game were easy, intuitive and transparent. When ghosts appear, we immediately realize that you should first dazzle them with light and then suck them in with the vacuum cleaner. When there's a spike trap in our way, it's a clear sign that it's time for some Gooigi action, for whom these are no obstacles. This is a very relaxing little game, and even the boss fight which was the culmination of the fragment I tested, was not much trouble. It wasn't a gaming epiphany, but I had a really good time. 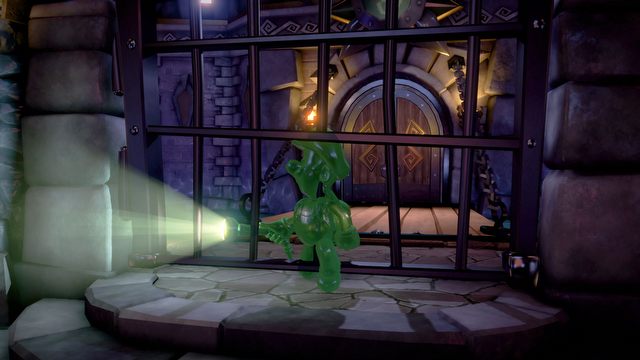 Ultimately, Luigi's Mansions is only ostensibly a journey through a haunted castle. In fact, this primarily is a journey into the psyche of the hero we often treated harshly. The mansion inhabited by the ghosts is a metaphor of Luigi's psyche, where spirits are manifestations of his inferiority complex.

The developers, however, dont overuse this pessimistic vision. It's quite to the contrary: to defeat the monster, all you need to do is look towards it and shed some light on it. And then, his ridicule and harmlessness is revealed. And when the specters disappear into the depths of our vacuum cleaner, Luigi smiles back at us  without the forced It's a-me, Luigi! on the lips. Unlike his brother, he doesn't need a catchphrase to solidify his value. He knows exactly who he is, and what hes worth. 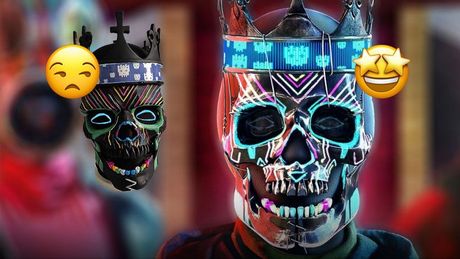 The latest instalment of the Watch Dogs series, despite some revolutionary solutions, still holds on to its roots. This is what I like and what I definitely don't like about the Legion.

According to our users, Luigi's Mansion 3 for Switch was a disappointment - the expectations before the release were higher than the current average user score. Our reviewer rated the game 8.5/10, you can read full review here: Luigi's Mansion 3 Review  A Lovely, Unremarkable Game