In many ways, my short adventure with Marvel's Avengers was no different than other encounters with movies in this universe. This production is exceptionally accessible, not requiring great knowledge; it's intense, spectacular, full of cheerful demolition and glorious superheroes. You swollow it without a chaser and there's plenty of rather shallow entertainment here. But as with most movies from Marvel, I forgot all the details of my twenty-five minutes session with the Avengers a few dozen seconds after I left the console.

Bear in mind however, that the experience I had at gamescom doesn't reflect the final product quality. It would also be rather daft to expect the devs to throw lethal challenges at us right at the beginning of the game. Developers from Crystal Dynamics pointed out that after the prologue presented to us, the game will become much less linear and will offer challenges with different levels of difficulty. I don't doubt it  but at the same time, I can't help feeling that the game will be limited to mashing two buttons, with occasional interruptions to launch a special attack or engage in ranged combat  and the same thing until the end credits. 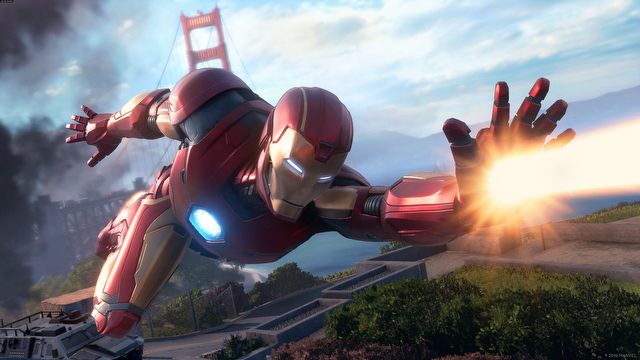 Some might find that a hypocrisy - after all, last year's Spider-Man or the Arkham trilogy worked on a very similar principle, and it was ok then  so... what's the fuss about? Because even if the combat system wasn't perfect in either of these games, it was either great exploration, an interesting plot, or an immersive atmosphere that drew legions of players to them. Meanwhile, in Marvel's Avengers, the idea for building the atmosphere seems like an attempt to just copy the traits of the movies set in this universe, and flying the Iron Man feels decent enough, but there is no sense of momentum, nor excitement. The story boils down to a painfully formulaic concept: Avengers try to save San Francisco, they fail, the public blames them for gigantic destruction, so now each of them has to overcome their weaknesses, become a united team again, send their enemies into oblivion (probably turning parts of the city to dust again), and then get a shoarma. 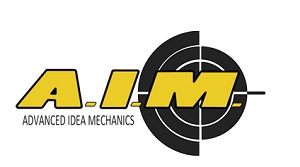 After the events of the prologue, where our group of superheroes succumbs to a collective spleen, decides to go into disguise, and Advanced Idea Mechanics takes the place of the Avengers. This organization should be familiar to most Marvel fans, as it has been appearing in the comic books for a long time. It is a group of eminent technocratic scientists, who use their influence for one purpose: overthrowing governments and replacing them with a cult of science. As it's easy to guess, their motivations will be much more sinister than mere passion for science: AIM is the antagonist, but don't fret  the group couldn't do without other villains like the Taskmaster (Black Widow is fighting him in the prologue) or Abomination (challenged by Hulk).

All in all, the greatest concern I have for the game after gamescom is that the upcoming Crystal Dynamics' offers absolutely nothing that could make it stand out. It is certainly not the opportunity to play all the characters known from the first Avengers (except Hawkay, perhaps, because after embodying a flying arsenal, a storm god and an angry green monster, the guy who can shoot well from a bow doesn't seem all that exciting). Iron Man, Thor, Captain America  they all have slightly different punches and special attacks, but the gameplay comes down to the same principles every time. From time to time, Tony Stark will fly after some villains and the Hulk will throw a tank at someone, but the essence remains the same: the same two buttons, and the same combos are completely enough to win each battle. The only exception here is the Black Widow, who fought with the Taskmaster using mostly guns.

At no point in the Marvel's Avengers presentation was I particularily surprised by anything. It's just as if the principle was: do not go crazy, follow suit with other superhero hits from Rocksteady and Insomniac, and bring the rest as close to the movies as you can. Apparently, the project is too expensive to invite innovation. And being so strongly dependant on the silver-screen original already backfired  while the outfits and haircuts of each of the Avengers resemble those from the movies, the same can't be said about their faces and voices. As a result, the whole team of superheroes looks like extremely ardent cosplayers, and their punchlines and sharp exchanges in the midst of combat are not nearly as natural as in the movies. 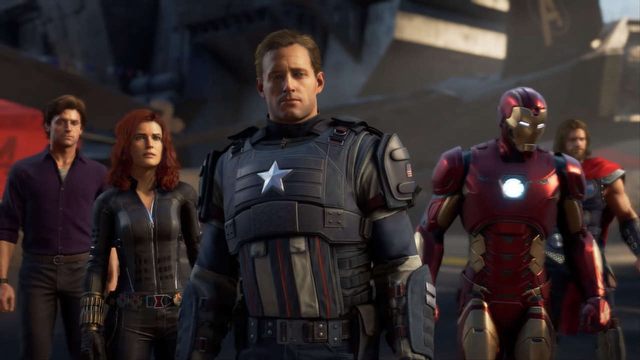 But what can be the strength of Marvel's The Avengers? Co-operation, of course. Even if I hardly felt captivated by the game itself, you can't deny that wreaking havoc in the city with three other friends could suddently render the entire experience much more exciting. However, the coop has some (rather annoying) limitations. Playing exclusively with friends, we won't complete (or indeed even begin) the campaign  in storyline missions, we'll play each hero in turn and discover their story, so yeah, there's just singleplayer. Four-person coop is only designed for looting missions, uncloking skills, and developing characters. 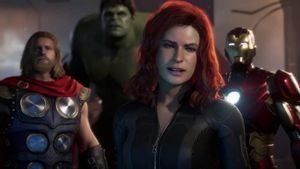 You probably realize that Marvel's Avengers simply had to be concieved as a game-service. During the presentation, the representatives of Square Enix confirmed this: their idea is to develop the game over the years, enriching it with more tasks, equipment and, of course, cosmetic items  to squeeze the extra dime from microtransactions. Developers are also going to add new playable characters, and I bet they will be somehow monetized as well.

Less than half an hour with Marvel's Avengers is definitely not enough to give a final opinion, especially since the game is to be much more open and free than the linear prologue. I don't think it will be a bad game  after all, two exceptionally talented teams are developing it. But my premonition is that the Interactive Avengers is a project that will be harmed by its very profitability. Let's face it: Marvel's superheroes have become such a force over the past decade, that I won't be surprised if Bank of America decides to print Iron Man on 1000-dollar bills. No wonder the publisher doesn't want to take the slightest creative risk  after all, a production with astronomical commercial potential is at stake. And because of that, I expect the Avengers to be a game that's utterly mediocre from beginning to end: not an ugly game, and one that provides some fun, but is devoid of heart and soul. And I'd even be ok with that... if it didn't come at the expense of Deus Ex.