With most of the games that I've seen or will see during gamescom I know exactly what to expect. Productions that are being shown in Cologne this year in most cases have lived long enough to have had some previews, gameplay footage or interviews with developers released  I wasn't really expecting any big surprises this time. Prey, however, was an absolute mystery. The E3 trailer revealed very little, the game's creators were also rather reluctant to share any details, and only in Germany could I see how the new game from Arkane Studios looks like in action. And frankly, Im still impressed by this new presentation. The Prey from 2006 was a breath of fresh air in the FPS genre, and keeping this vibe in the reboot is quite a challenge. It seems, however, that the team at Arkane may even do better than it did before. 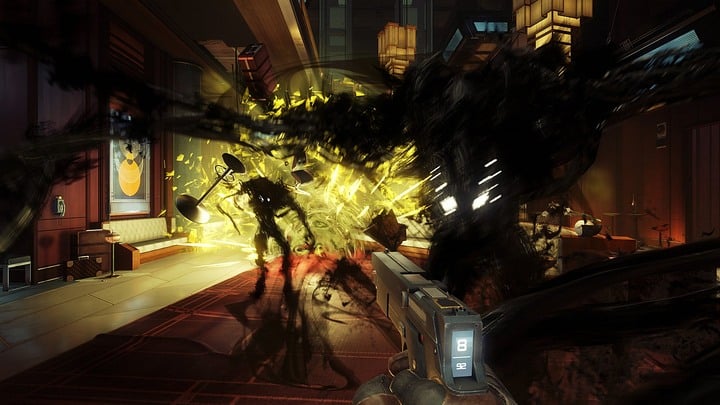 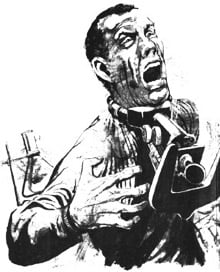 To lovers of Philip K. Dick, Preys vision of an alien life form that can imitate any object (and more) will probably sound familiar, reminding them of the short story Colony. You can read it, for example, in the collection Paycheck and Other Classic Stories By Philip K. Dick. The illustration by Ed Emshwiller comes from the Galaxy Science Fiction magazine, where the short story was originally published in 1953.

This may be because the Prey scheduled for 2017 has virtually nothing in common with the work started by Human Head  well, all right, the genre's the same and we still fight aliens, but that's about it. The developers weren't exactly restricting themselves when they were creating the new game. As a result, this new production from Arkane has a lot more in common with a horror than an action game, mainly due to the phenomenally designed aliens. All opponents shown at gamescom look, in fact, quite similar  a black, constantly shifting lump of... mass  but depending on their type, they can have completely different skills and tactics, and provide a vastly different experience. For example, the tiny Mimics, moving like headcrabs from Half-Life, can turn, in a fraction of a second, into virtually any mundane object. Just imagine that literally every piece of furniture, tableware, container or even trash in the room you just entered can be lethal! And you're fully aware of the risk as you play. Even the person running the presentation provided free "Swiss-cheese" treatment for every trashcan they encountered  just to be safe. What's more the presented fragment of the game also featured Phantoms  bigger and much faster aliens; any encounter starring those nasty fellows quickly turned into a panic retreat combined with spraying lead at anything and everything around. Finally, we saw the Nightmare  a powerful beast than could be dealt with only in one way: by throwing anything you have at it while looking for a way out. All the aliens looked very impressive and I am pretty sure that they will be the biggest attraction to the new Prey.

Fortunately, we can learn some of their abilities, using them to our advantage. This means that all that experience gathered in various wacky simulators is finally going to come in handy  the protagonist can impersonate inanimate objects, allowing him, for example, to roll on the floor as a coffee mug to slip through a hole in the wall and enter a room inaccessible to any man. Developers didn't reveal, unfortunately, how much freedom will be given to us when it comes to mimicry; what they did show, was that by combining this power with innovative weapons we will be able to discover hidden paths leading to our goal or avoid the attention of our opponents. And weapons in this game are really something; the presentation introduced the Glue Gun, firing lumps of sticky, instantly drying slime. In the simplest scenario, it can be used to immobilize the enemy, but by using it with a bit more imagination, we could create a staircase leading to a higher location. Then there are the "recycling" grenades that convert all objects in a given area into crafting ??materials  and if some poor alien happens to be within range of conversion, all the better for the player.

History of the Prey franchise is a story with a distinct bitter-sweet flavor. Sweet, because the team working on the upcoming game is a bunch of talented people, devs that  from what we have seen so far  certainly know how to deliver. Bitter, because you feel somewhat sorry for the fans of the 2006 original, waiting for nearly a decade now for a full-fledged continuation of their beloved game. Just to remind you: before the new Prey was given to Arkane, the would-be sequel was repeatedly delayed, changed publishers as well as developers only to be removed from Bethesda's website, and finally canceled for not being up to their quality standard.

Generally speaking, the new Prey tries very hard to leave the science-fiction FPS framework as far behind as possible, and the implementation of RPG and survival elements enables it to do so to a large degree. At the beginning of the game we get a device that is called Neuromod  with its help, we can "implant" new skills through the eye of our character; the skills are divided into several classes, associated with, for example, engineering, combat, or powers borrowed from the aliens. Unfortunately, the creators didnt show us how complex the tree will be. Besides, there is also crafting  special stations will enable us to use the scrap we've collected and breathe new life into it, turning it, for example, into a device that will allow us to survive in zero gravity. Now let's add limited ammo supply and suggestive atmosphere to the mix, and suddenly it turns out the Arkane's Prey borrows from System Shock, BioShock, Dead Space or even the Deus Ex series rather than from Human Head's original. 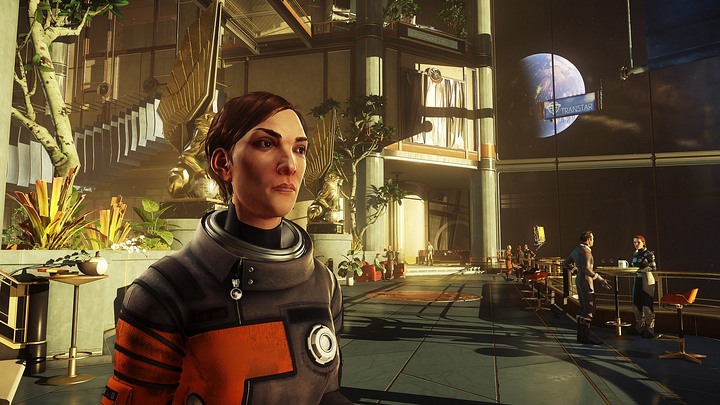 Whats more, the game features a unique, distinctive style featuring extensive, ornament spaces that once had to be teeming with life and now strongly contrast with the narrow corridors and small passages reminiscent of Alien: Isolation. In terms of level design, the new Prey is an impressive work  mainly due to its attention to detail, but also thanks to the monumental feel of some truly epic vistas, like the ones showing Moon through the windows of the Talos-1 station. It is nice that the developers decided not to create a fully open environment  each location can be freely revisited, but they are separated with loading screens, allowing the devs to focus more attention on smaller, individual sections. But the game has more to impress with than just exploration. It's during the firefights when it gets really intense and truly stunning  aliens, visible as nothing more than streams of black matter, jump around at breakneck speed, sparks are shooting overhead, somewhere else something else goes up in flames, and in the midst of all this chaos, the player desperately tries to preserve his life by frantically emptying clip after clip. 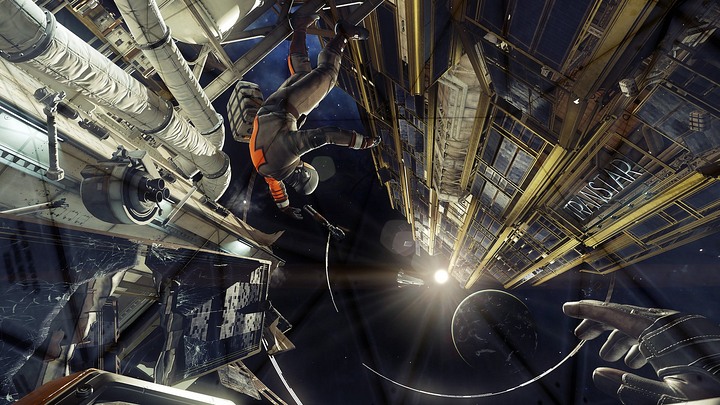 Before gamescom, Prey was of interest to me mostly because it was the only major title that we have known virtually nothing about; now, after the brief presentation it is hard to contain my excitement when thinking of this production. The sole fact that Arkane has the ambition to introduce something new to science-fiction shooters deserves praise. While such experiments usually look good only in interviews, this one looks equally good in action. The game combines dense atmosphere and spectacular, fast-paced combat in just the right proportions, surprises with new mechanics and opponents, and delivers some breathtaking sights along the way. If this project can keep this up all the way until release, it's hard for me to imagine that somebody could complain that Prey from Arkane isn't simply the continuation of the 2006 FPS they were hoping for  this game has enough strong cards in its hand to stand up to and beat the work of Human Head in every aspect.

According to our users, Prey for PC was a disappointment - the expectations before the release were higher than the current average user score.