Prey is a reboot of the original 2006s Prey developed by Human Head, however the game does not have much in common with the original one, apart from the name itself, the science-fiction FPS setting and the fact that the players have to eliminate prevailing alien forces.

Both Prey productions have undergone a difficult childhood  both 2006s Prey and its spiritual successor have been revised and remodeled, having their plot and many of the technical aspects changed on multiple occasions. After the success of the original Prey, Human Head Studios began working on the sequel  Prey 2. The project based on the id Tech 4 engine was never finished and in 2014 Bethesda officially announced its cancellation. The production announced 2 years later has practically nothing to do with the cancelled sequel.

Development of Prey has been commissioned to Arkane Studios, creators of the successful Dishonored series. In order to avoid problems with the PC optimization that occurred after the Dishonored 2 premiere, developers decided not to use the Void engine implemented in the second Dishonored installment, but utilize the latest available version of the CryEngine technology instead.

The main protagonist of the game is Morgan Yu  a man or a woman, depending on the players choice  who is a part of a scientific project working on enhancing the human race. The story of the game starts in 2032 when Morgan wakes up on Talos 1 - a space station owned by TransStar corporation  which, under suspicious circumstances, has been overrun by a hostile race of extraterrestrials. Our goal is to survive the uneven fight with the powerful enemy using items and weapons we find on our way.

The action of the game is set in a number of non-linear locations, thus the players can experience some leeway as how and when to complete particular tasks. There are no scripted sequences  the developers decided to replace them with sophisticated simulation algorithms so as to make each playthrough unique.

The PC, PS4 and XONE release of Prey is not a typical shooter: neither weapons nor the ammunitions lie around just waiting for the player to pick them up, instead the gameplay is based on utilizing a variety of abilities, futuristic gadgets and the elements of the environment. Quite early in the game players get their hands on the GLOO Cannon, a futuristic gadget shooting with white sticky substance. It serves not only to fight enemies by immobilizing them (e.g. sticking them to the floor), but also to explore Talos 1. The goo from the GLOO Cannon can create a wide range of structures like stairs, allowing the player to reach otherwise inaccessible areas. Another interesting device is the Recycle Charger, similar to a hand grenade gadget used to clear locations of items, disintegrate them and constructing new objects, as long as one has appropriate blueprints. Additionally, the main protagonist finds on his / her way Neuromods, devices allowing him / her to copy the extraterrestrials abilities  e.g. after performing this on a Mimic, our protagonist can camouflage by transforming into any object.

Among the opponents, one can find various alien creatures, including the aforementioned Mimics, who can assume the shape of practically any object. This means that, in the blink of an eye, it can shift its shape to look like e.g. a trash can, thus players can never feel safe, as the threat lurks literally everywhere.

The guide for Prey contains all information necessary to complete the game and discover the most interesting of its secrets. The initial chapters of this guide offer various kinds of useful tips. The biggest part of this guide is the walkthrough. 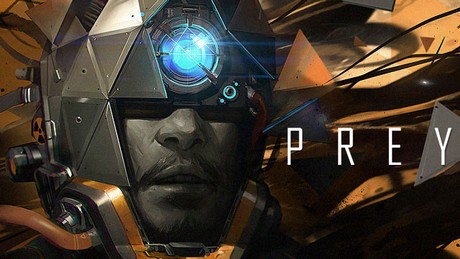 We're in space, CUPtain!  the new Prey may be one of the most intriguing FPSs in recent years

At gamescom Prey proved that its worth the wait. Good visuals, great atmosphere, brilliant enemies and weapons, as well as the ability to become a coffee mug. I feel like there's a breath of fresh air coming to modern FPSs.

Youre NOT a hunter in this new Prey gameplay

What if JFK had never been killed? Find out in this Prey trailer

President John Kennedy was strong on the US space program. How would the world have evolved if he had survived the assassination attempt? This new Prey trailer shows one possible alternative.

Prey will have a smooth start on PC, promise the developers

Having learned from the mistakes of Dishonored 2, Arkane Studios are promising to do their best to avoid any issues in Prey on PC.

One Reddit user published a screenshot from Doom Eternal, where we can see the cover of the book entitled  2 Prey or Not 2 Prey?, which could be the a stealth announcement of the continuation to 2017 Prey.

Arkane Studios' Harvey Smith said he wasn't involved in the development of Deathloop. Instead, the co-founder of the Dishonored series is working on a new project with Arkane Austin.

Microsoft has announced the release of an update for TES V: Skyrim, Fallout 4, Fallout 76, Prey and Dishonored: Definitive Edition that will enable gaming at 60 fps on Xbox Series X|S.

The update for five Bethesda titles on Xbox Series X|S, announced on Saturday, will hit the players today. Thanks to it we will be able to play them in 60 FPS on Microsoft consoles.