Despite all the years, GTA V is still impressive with the attention to the smallest details of the world and the depiction to Los Angeles. RDR 2 took it even further, but the fifth Grand Theft introduced some crazy details, like stains of sweat and blood, or different sounds for wet shoes – 16 years ago, when we first visited Los Santos, such details weren't even something we considered. When GTA: San Andreas was released, we were in awe for quite different reasons, but the game was no less impressive: the scale was massive, the possibilities were endless. 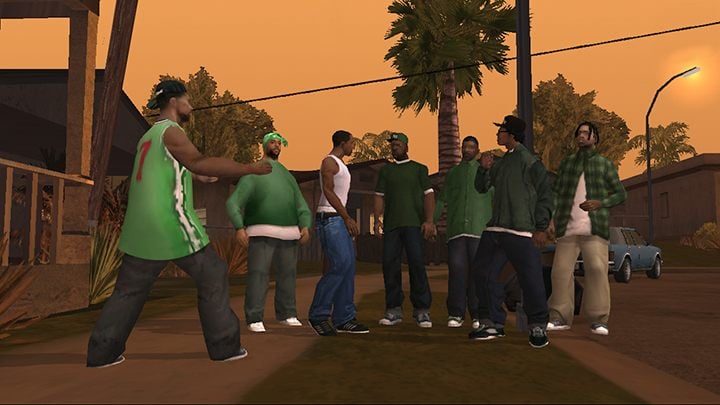 The setting atmosphere in the state of San Andreas is a trip down the memory lane, to the events that took place in Los Angeles in the early 1990s.

Apart from the freedom that GTA: San Andreas offered, a defining element of the game was the "gangsta" setting – no more Goodfellas type of shit; it was time for strapped fools bouncing to Ice Cube and Dr. Dre. Whether you liked it or not, this particular atmosphere was an attempt to truthfully recreate real world and real stories. With more than 450 organized groups, it's no wonder that Los Angeles is called the American capital of gangs and crime. It's this city that was the battleground of one of the bloodiest, most high-profile conflicts of organized crime groups – the Bloods and Crips. LA is one of the birth places of the "thug life."

In GTA: San Andreas (and later, partially, in GTA V), the realities of Los Angeles' of the early 90's were pretty well rendered. Police arresting CJ for no apparent reason, wearing particular colors, guarding your territory, drive-bys, spraying your gang's graffiti, and, most notably, the conflict of Ballas and Groove Street Families. These are not some activities invented for the game – this was, and perhaps still is, the bread and butter of gangsta life in LA. This is almost exactly the conflict between the Crips and Bloods, which occurred in the early 90's, and flared up with extreme violence.

And how did it all start? What were the events that led to the tragic year for the entire LA, the year 1992, when the action of GTA:SA takes place? Here is the grim history of the City of Angels, and its impact on the virtual Los Santos. 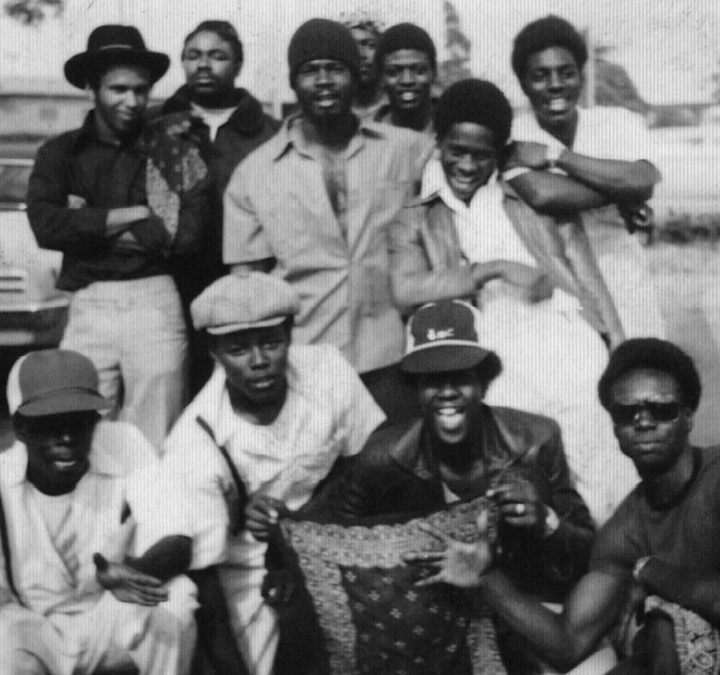 Raymond Washington accompanied by his "Locs" – the beginnings of the gang war did not portend what happened 20 years later.

The birth of the Crips

The origin of the bloody war between the infamous Crips and Bloods dates back to the late 1960s – a tumultuous period in the history of the United States, when racism and segregation based on skin color were still very much institutional. Not only were Americans not allowed in certain public places; they were also prohibited from joining various organizations, such as the scouts. The street was the center of life for young people affected by poverty and lack of prospects. Among them was Raymond Washington, a fifteen-year-old who had grown up among street gangs. In 1969, he founded his own gang, Baby Avenues.

Raymond was a natural leader; he was charismatic and unmatched in fistfights. Expelled from subsequent schools, he found friends on the street, and the gang grew rapidly. In 1971, at Washington Preparatory High School, he met Stanley Williams, and the two quickly found they were very much like-minded. After taking over a number of minor groups in the area, Washington and Williams already controlled the eastern and western parts of south LA – the first local groups, so-called sets were formed.

There are many versions of the story explaining where the name "Crips" came from – the most popular of them says it's... a typo. In the beginning, the growing gang was called "Cribs," because of the young age of its members (who barely left their cribs). They tried to distinguish themselves by a special style of clothing and often carried folded umbrellas or wooden canes. After one robbery, a victim testified they were attacked by "crippled children."

The media picked up on this strange association and so the "Cribs" became the "Crips," which then generated the derivative verb "crippin," which means the lifestyle of a Crips member – specific slang, gestures, clothing, and even the way of walking. The official color of the Creeps became blue, visible on t-shirts, bandanas, hats or laces. As the story goes, blue was chosen in honor of one of the gang members – Buddha – who was shot in 1973. Buddha always carried a blue bandana.