Brotherhood of blood  the Bloods form

Not all groups in southern Los Angeles were ok with being swallowed by the Creeps. When the gangs began entering the Compton area, two Centennial High School students, Sylvester Scott and Benson Owens, decided to defy them, and created their own gang, Piru Street Family  their main goal was to protect the area from the Crips. At the very beginning of the conflict between the groups, disobeying the borders and other "misdemeanors" usually led to fist fights, which were a point of honor for Washington, the leader of the Crips, who despised weapons. However, in 1972, the first murder happened, and a few months later, another one  a retaliation.

Groups hostile to the Crips, i.e. The Pirus, Black P Stones, Athens Park Boys, and several others, joined together to form the "brotherhood of blood," which later developed into The Bloods. The initiators of the project were The Pirus, considered the founders of Bloods. Their official color was red  the colors of Centennial High School. Colors served not only to show their belonging to the group, but also to quickly determine who's who. It was really important because the gangs often existed side by side: merely crossing the street could be trespassing  in the initial period, the turf, i.e. the territory controlled by gangs, was the main cause of conflicts. The situation between Crips and Bloods escalated gradually, in two, fairly distinct phases.

The custom of marking their turf with graffiti was borrowed from Latino gangs, the artworks were often offensive to members of a hostile group. Crips always crossed out the letter B or replaced CK (Crip Killer) with CC. In turn, the Bloods had such an aversion to the letter C that they didn't even use it in speech, it was replaced by B (for example, coffee was pronounced boffee). 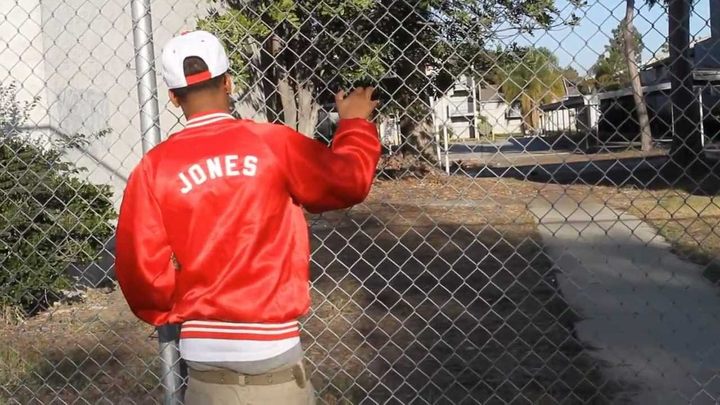 The Bloods were created to counter the rule of the Crips.

The gang war  stage one

The prelude to the war was the arresting of Raymond Washington in 1974 for robbery. Without the charismatic leader, the gang swell up in size: more than 40 sets were now fighting not only the opposing gangs, but also other sets of the Crips. This was unthinkable for the Bloods, who were about the third of the size of Crips, and sought to compensate for that with unity, loyalty, and more brutal methods. Instead of more or less honorable fist fights, firearms and melee weapons became the norm. The drive-bys and battles between gang attacking enemy turf were a common sight in South Central LA.

After being released from prison in the late 70s, Raymond Washington couldn't recognize the new reality. Disappointed, he distanced himself from the gang. He wanted to unite all the sets, end the internal struggle, and make truce with the Bloods, but things had gone too far, and he no longer controlled what he'd created. On August 9, 1979, Washington was shot and killed, but the culprits and the motive were never discovered. The police only established he'd known the killers  he'd approached their car, and people like him don't easily trust strangers. 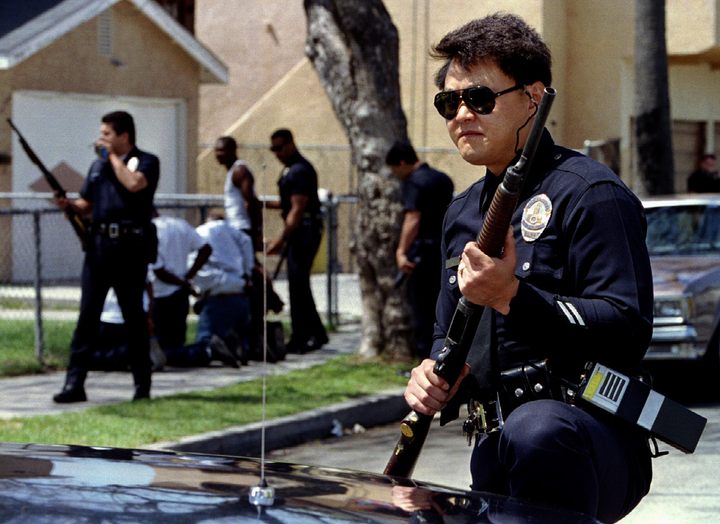 During operation Hammer, the police didn't really stand on ceremony.

The war broke out for good. The gangs were stuck in a vicious circle of murders and retaliations. In less than 10 years, school-ground brawls turned into over 350 gang-related homicides a year. The second phase of the escalation of the conflict began around 1982, when the gangs discovered how much money can be made on drug trade. In an instant, the huge wealth opened the way for members of Crips and Bloods not only to the world of expensive cars, fashionable clubs and resorts, but also allowed them to modernize their arsenal. The six-shot revolvers and old shotguns were replaced with SMGs. Instead of a few shots a minute, their guns could now spit dozens of rounds a second. Some residents of South Central allegedly slept in bathtubs for fear of stray bullets. There wasn't a day in Los Angeles without at least one murder in a gang war.

As the gangsters got richer, the violence also moved to the so-far peaceful, more affluent areas of Los Angeles. When a young innocent girl accidentally became the victim of a stabbing in 1988, the city stirred for the first time. In response, sheriff Daryl Gates introduced the "operation Hammer." In an instant, thousands of officers flooded southern Los Angeles, 1500 people were arrested in 24 hours, and this was only the beginning of the operation. The police chased the gangsters day and night. Acts of violence ceased, but the powerful attack of law enforcement had its side effects.

Innocent bystanders were also accidentally targeted in many of the inspections and raids, which again triggered a wave of accusations of racism and deliberate harassment of the Black communities. Sheriff gates, after arresting, wait for it, 25,000 people, had to wrap up his program. Crips and Bloods returned to the streets, making up for the lost time. At the turn of the 80s early 1990s the number of murders in gang wars reached 700 a year. The spiral of violence has already reached such proportions that the gangs themselves started considering ending the war. Little did they know that the American justice system was going to help them with that a lot...

Hence, we enter the period when the action of GTA: San Andreas takes place  the game took us to Los Santos, the virtual rendition of the City of Angels. The ending of the game indicates that the year when CJ returns from Liberty City to Los Santos is not accidental. 1992 is perhaps the darkest year in the history of Los Angeles, but also a turning point in the war between the Creeps and the Bloods.