The City on Fire

Let's now go back to history of LA, which we've interrupted at a rather dismal point  the number of victims of gang-related violence is nearing a thousand annually, and the tipping point, the infamous year 1992, is neigh. However, it all started earlier  in March 1991. As many terrible things, it had a very mundane beginning  after a short chase on California State Route 210, Rodney King, a construction worker, is stopped on a highway. He's pulled out of the car, and mercilessly battered by five of the fifteen policemen that stopped him. The entire lashing is randomly recorded by George Holliday and sent to the media. Not two weeks later, a saleswoman at a Korean grocery store shoots and kills a teenager, Latasha Harlins, suspecting her of stealing a box of orange juice. The public opinion steams in indignation, but nothing yet indicates the events that these cases will spur.

In November 1991, the case of Latasha's murder is resolved. Contrary to the jury's suggestion, the shopkeeper receives a small suspended sentence, and is also sentenced to community service and a $500 fine. Apparently, the price of human life. Around the end of April 1992, the trial of four of the police officers that stopped and beaten Rodney King, accused of assault and abuse of authority, ends with their acquittal. Both Rodney King and Latasha Harlins were Black. For their communities, it was the straw that broke the camel's back. A few hours after the verdict was announced, people take to the streets  but not to protest peacefully. 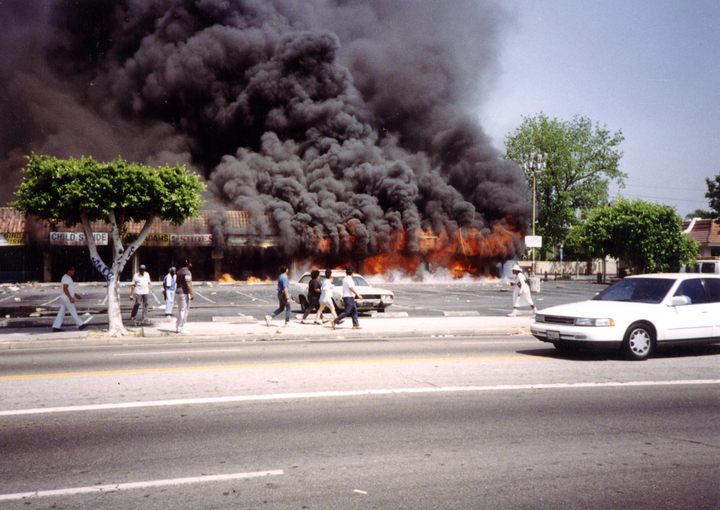 Entire blocks burning, violence, looting of stores  that's what the next 6 days in south Los Angeles look like.

Members of the Crips and Bloods stop passing cars and pull white drivers out of them, beating them unconscious. Shops are robbed and set on fire. The assault is directed mainly at the police, whites, and Asians who run the surrounding businesses and stores. The situation is getting worse by the hour, and the streets of south Los Angeles are succumbed in complete anarchy and frenzy. Plumes of smoke fly soar above South Central. Sporting events are canceled or postponed, Metallica, Van Halen and Guns n' Roses postpone their gigs. For the brief time, Bloods and Crips act shoulder to shoulder, forgetting the antagonism and even flaunting their friendship.

On the third day, the National Guard arrives  ultimately, over 10,000 soldiers and federal troops will arrive in the city. It's only the presence of the heavily armed soldiers, Humvees and APCs that eventually quenches the riots. Sporadic acts of violence continue until May 4, the sixth day of the riots. As a result, 63 people were killed, almost 2.5 thousand were injured, and more than 11 thousand were arrested. In less than six days, almost 4,000 buildings burned to the ground. Los Angeles again received a brutal lesson  after almost identical events of 1965. The riots in 1992, however, brought a long-awaited truce in the conflict between the Crips and the Bloods, started a few days earlier by an agreement between sets located in the Watts area. The agreement did not last forever, but it certainly put an end to the most violent chapter of the story, the early 90s, and the number of murders has decreased sharply.

An amazing photo from Straight Outta Compton movie that highlights the importance of the Los Angeles 1992 riots. Two hated bandanas tied in a gesture of unification against racism and police abuse.

The 1992 Los Angeles riots became the background of the ending of GTA: San Andreas. It may seem that Tenpenny and Pulaski are the embodiments of police abuse, but in fact their role is related to other authentic events. At the end of the game, CJ and his friends are watching TV when news breaks that Tenpenny was released from the charges  and people take to the streets of Los Santos to riot, just like in 1992. From this point on, riots flood the streets of Los Santos. Buildings are burning, police choppers flying, crowds are chanting.

A memorable detail was the people running around with huge CRT TVs in their hands, and Sweet commenting along the way that even old ladies are robbing stores. When we finally meet face-to-face with Tenpenny, he says that an angry crowd is waiting for him, which he is not going to surrender to. Technical limitations of GTA:SA didn't allow portraying the full scale of the chaos and destruction that swept the streets of Los Angeles, but the creators did everything they could  some of the references are brutally direct, if you only know what'd happened in '92. The biggest difference in the game is that CJ and his gang do not use battle to reconcile with the Ballas, but rather to settle scores and deal the final blow. Grove Street Families finally starts to rule the hood. 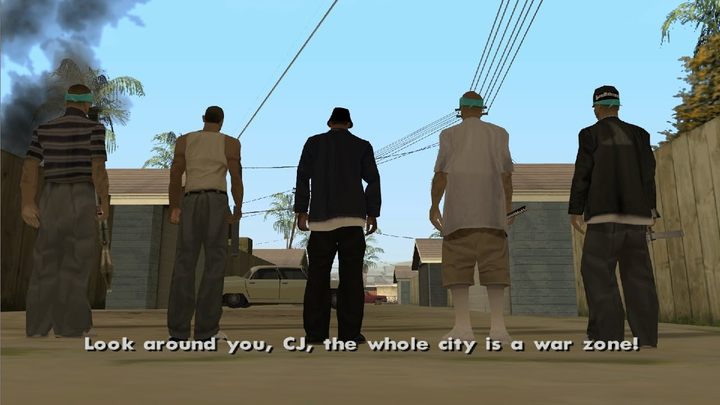 "Look around you, CJ, the whole city is a war zone!"  the 1992 Los Angeles riots are depicted as the Los Santos riots. 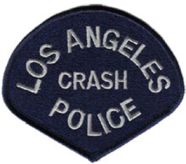 Not only criminals have their gangs in Los Angeles. At that time, the police group C.R.A.S.H, or Community Resources Against Street Hoodlums, was created. It was a part of the Los Angeles Police Department dedicated to fighting gang-related crime and drug trafficking. Created in 1979, it was operated by sheriff Daryl Gates, who in 1988 temporarily banished gangs from the streets of Los Angeles, which was quite a feat.

In 1997, the organization was rocked by a huge scandal called the "Rampart Scandal." This was one of the largest identified and documented cases of corruption in the American police. About 70 members of C.R.A.S.H were accused of corruption, counterfeiting and hiding evidence, abuse of power, unlawful discharge of weapons, drug trafficking... you name it  and all that in collaboration with the Bloods, and the label Death Raw Records. Several police officers were also suspected of involvement in the murder of rapper Notorious B.I.G. The formation was disbanded in 2000. One American historian called C.R.A.S.H the "most hardcore" gang in the history of Los Angeles.

As you might expect, GTA: San Andreas portrays C.R.A.S.H without even changing the name. In the game, the unit was created by Eddie Pulaski and Frank Tenpenny, and the main goal was to clear the streets of Los Santos from gangs. It doesn't take long for the officers of LSPD to fall into the clutch of corruption.

The subsequent activities of Tenpenny and Pulaski coincide with the accusations pronounced during the "Rampart Scandal". Tenpenny tries to frame CJ into killing a police officer, peddles drugs, does drugs, and expands his influence by collaborating with gang members. Tenpenny and his C.R.A.S.H replaces the plot of Rodney King's beating, and it is the acquitting of all charges on him that spurs the riots.