The thing about predicting future is that the predictions quickly become obsolete  that's especially true for the bold visions that reach 20, 50, or even 100 years into the future. It's much easier to either take the audience to a galaxy far, far away (ideally a long time ago) or to a future so distant that there's no way anyone will ever have a chance to verify it.

FROM THIS TEXT YOU WILL LEARN:

Short trips into near future are always prone to become retrofuturistic. This is because predicting the future, given all the complexity of the modern world, is almost impossible. In order to at least come close to reliable predictions, you need extensive knowledge in chemistry, physics, computer science, biology (evolution of medicine, or, if we include transhumanism, of mankind in general), sociology, and political science (we know how important politics are), which is not something common among developers  not to the extent that would allow them to really predict the future accurately. However, even if someone tries very hard, they will eventually get to the point, where all the possibilities are equally plausible from today's perspective. If the right prediction is even among them  let's keep in mind that long before Einstein formulated the relativity theory, people, for the longest time, considered physics to be a complete discipline that offered no more secrets.

Actually, in order to reliably predict the future, you would need to be a Laplace demon (Doomguy's hand nervously twitches towards the trigger, but Gordon Freeman calms him down: "Relax, its not this kind of a demon")  and the developers know it. Some of them don't care  after all, its better to recognize the undeniable truth than try to fight it. And so they just come up with the wildest ideas you can get, as if tomorrow didnt exist (which is all the more ironic with post-apocalyptic settings), and they try different methods of defying obsolescence. Thus, we get alternative realities, stories of small, remote communities, where life could have gone a different direction. And then, there are the deliberate anachronisms.

In such a case, it's pretty easy to defend the vision  you recognize the fact that it won't be accurate from the very onset. The result of that can, however, be counterintuitive  sacrificing reliability in favor of an exciting setting often turns out the better decision. After all, we don't indulge in virtual and fantastic worlds to pursue the mundane day-to-day, am I right? 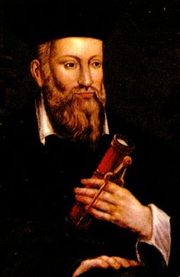 Predicting the future is, of course, not the invention of modern fiction writers. Ages before books as we know them today were even written, there lived countless oracles, prophets, and seers  in a world, where access to information was an abstract concept, to say the least. So, how did they cope? By using vague metaphors that, with a little good will, could be interpreted in any way. What is the biblical mark of the Beast? The armband with the Star of David that Jews were forced to wear during World War II, or the RFID chip that would (according to conspiracy theorists) be forcibly implanted to control the masses? Maybe something else? There are as many interpretations as there are people, so it's hard to even discuss the accuracy of such prophecies. Interestingly, a similar mechanism occurs even with works that were conceived in a way that was supposed to limit free interpretation. Remember the desperate attempt to make sense of the ending of Mass Effect 3 that the Indoctrination Theory was?

When times catch up with fiction

Now that I've lulled your vigilance, I can proceed to Cyberpunk 2077  The Witcher of our times, the hero we deserve. I obviously don't know what the game world will be like exactly, but the developers have already revealed that the timeline of the game will be a direct extension of the paperback original from 1980 and 1990 manuals for the original RPG system  which are fine examples of people trying to predict the not-so-distant future.

Mike Pondsmith decided to set his adventure in times that he, in 1988, could reasonably expect to live to see. And that's not even 2020  the first edition of the system was set in 2013. As we all know now, there's a strong discrepancy between his predictions and the reality. The gap is indeed so large that his works could be considered outdated; there are no eurodollars, the USA has not, arguably, become one, big Wild West, and punk rock is not what it used to be  unless you're listening to Idles.

You could reasonably try to defend the vision by saying that the core paradigms of cyberpunk are very much part of our reality. Corporations ruling the world? Maybe not (yet) as cruel and omnipotent as in Cyberpunk 2020 or Cyberpunk 2013, but there they are. Growing social inequality, causing more tension? Check. Then theres the technocracy. The mass surveillance. The culture clash resulting in a regress to tribal and nationalistic tendencies, reminiscent of the gangs of the future? Mike Pondsmith pretty much nailed it 30 years ago. 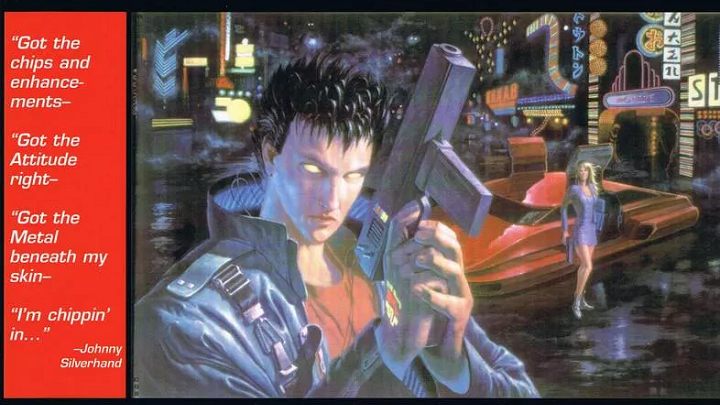 The classic Cyberpunk 2020 is the starting point for the digital interpretation of the system.

But it's not that simple. The author did not have to foresee many of these phenomena  it all happened right in front of his eyes, albeit things weren't as intense. The giant cities of the future were inspired by the megacities of Japan. The galloping technology development can be traced back to the early 1960s. The discussion of Moore's law gave rise to ideas that years later were verbalized as the "technological singularity." The only thing the RPG system had to do was to portray these observations in a sexy way, telling the story of mankind lost among the processors and data clouds, best exemplified by cyberpsychosis. Social transformations were also not an alien concept in the world of 1988 when the communism of the USSR was taking the final steps towards the abyss. It was obvious that the transition isn't going to be smooth for everyone, just as it's obvious now that such tremors will also occur within the next 30 years. 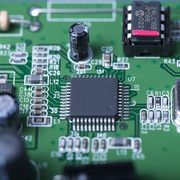 Moore's law, in its general version, says that the computing power (originally determined by the number of transistors in a system) is growing at an exponential rate, i.e. doubles at regular intervals. This means that the development of technology is not linear  it seems to be accelerating to a point, in which it will be so rapid that no human being will be able to keep up.

Of course, Moore's law has some constraints. Interestingly, we seem to be approaching full capacity  the transistors are becoming ever smaller, but they can only get so tiny. It's not just that a computing unit in regular, transistor-based computers, is limited by the size of an atom; it's also about the fact that below a certain threshold, the disturbances of particles on the quantum level become significant, and can alter the results of calculations.

Does this mean that the accelerating development of technology will stop? Possibly. Raymond Kurzweil, an American scientist, and futurist, a proponent of the idea of technological singularity, extrapolated Moore's law. He acknowledged that as the old technology approaches its limits, a new one emerges that, thanks to the achievements of its predecessor, is accelerating even faster. Kurzweil called this the law of accelerating returns and stated that the increasingly rapid development would continue until the singularity is achieved.

What is it? It's a point in the development of technology, where human beings can no longer comprehend the advancement. This is likely to be achieved through the creation of artificial intelligence, which is able to process data much faster (which is an understatement) and more efficiently than humans. If it's efficient enough, it will improve faster than we're able to understand its inventions, achieving all collective human knowledge gathered throughout ages in an instant. Moreover, if the AI was able to learn (which is arguably the only thing an AI needs to be able to do, really), it will be able to improve its methodology and reach each next discovery even faster than the previous one.

Raymond Kurzweil estimates this will happen around the 40s of the 21st century. He also claims that if you can manage to survive up until that point in history, you might just live forever. The assumption goes that the immortality chip will be discovered way before 2077. I'm sorry, V.