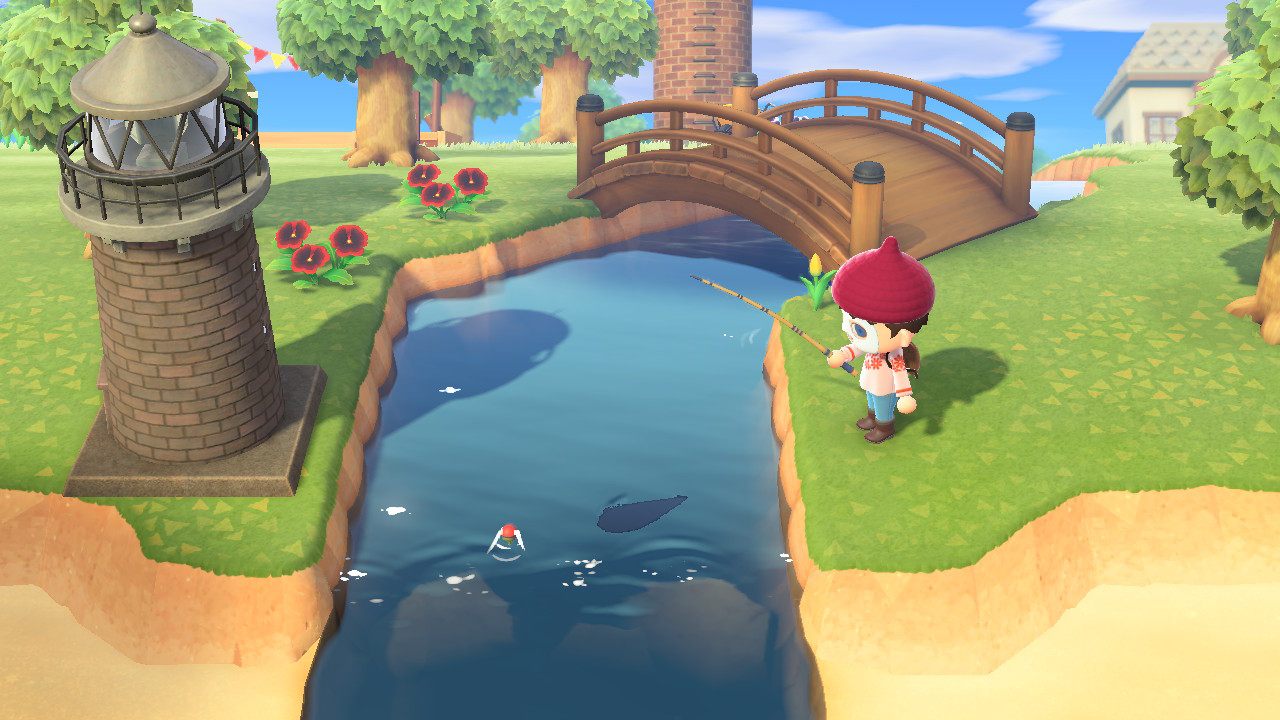 Here is young Michael Myers, fishing in peace and quiet. In a few years, during Halloween, he will go on a rampage.

New Horizons is the fifth, full-fledged installment in series that has been around for almost 20 years. Nintendo has again applied its proven strategy, which has produced such good results in Super Mario Odyssey, Splatoon 2 or Mario Kart 8 – this is an intense evolution, but not yet a revolution. The developers have optimized a lot, but the gameplay basics haven't changed much – and that's good, because mending things that aren't broken isn't smart. As a result, the creators managed to improve many of the annoying nuisances from the older games, mostly in terms of accessibility, while preserving all the things that worked just fine.

A novelty, and a very successful one, is crafting. In New Horizons, we can collect raw materials (stone, clay, various types of wood, etc.), and from them create not only tools for work, but also various furniture or small buildings (although those, technically speaking, are also... furniture). Designing it in this way infused the game with so much depth, giving us so much additional work. First, we have to get blueprints, and that takes time. A bottled letter once a day if you're lucky, sometimes a drop from the presents floating on balloons, sometimes getting the recipes from kind neighbors. Then we need to get the necessary ingredients, and it's not easy because more complex items require... other items. I wanted to build a big robot, sort of like Gundam, but I can't – I don't have the components; I don't even know where can I get them. 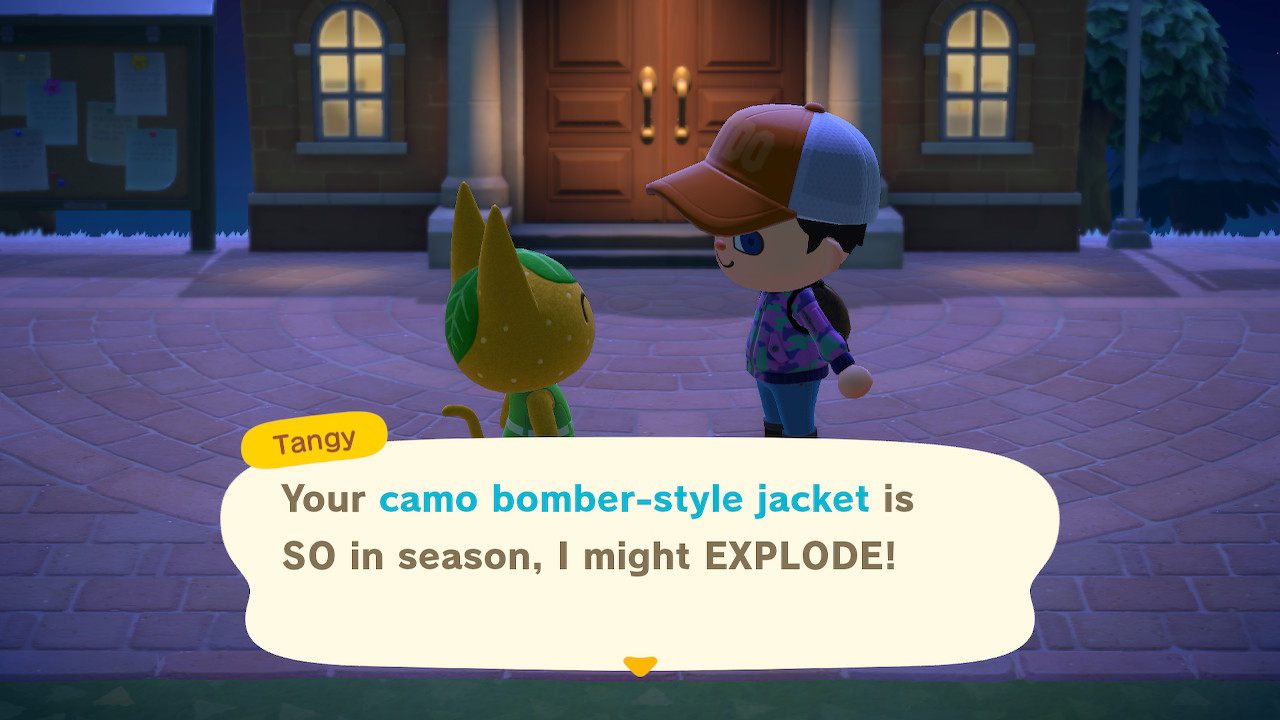 Hipsters are in AC too.

In short, you will spend 50 hours in Animal Crossing, and will only discover a fraction of what the game has to offer. I've only met a couple of guests who show up on the island. I got some of the available schemes, but based on what Nintendo showed on the trailers, it's probably around 10% of the stuff. Compared to Disneyland-like islands show in the trailers, mine is an adventure park in Montana, and there's still so much waiting to be discovered in New Horizons. And this without a single micropayment. I don't know if Nintendo will add any DLCs over time, but I wouldn't have any complaints – there's still an awful lot of content here.

It is difficult to list all the novelties, and I still recommend checking it out yourself. It's great that you can set furniture outside, all around the island. The Nook Miles system, which I wrote about above, is fantastic, too.

Remember how tiny our hero's backpack was in the previous game? You would barely start fishing, and it would be filled to capacity. And the fruit that had to be combined in heaps (manually!) so that they would take up less space. You will be happy to see how many items we can carry with us in New Horizons. Someone who didn't experience it will have a hard time understanding this, but I just love the new backpack. Of course, nothing comes for free – we begin with smaller bags that we can expand gradually. The new installment is by far the most convenient Animal Crossing iteration ever, so we can focus on the gameplay rather than fighting obstacles. Too bad the devs didn't go all the way with modernizations…