Those of us used to big-name franchises like Mass Effect, Dragon Age, and Elder Scrolls have come to expect certain levels of quality from the RPG titles they dish out every few years. Their animations feel polished, combat offers you various ways to play, and even their UI is clean enough that makes the dozens of hours you spend doing quests, chatting with NPCs, and fighting enemies an enjoyable experience.

Playing a game like Elex 2 on the other hand, can come as a rude awakening as it lacks so much in these categories but somehow makes up for it in areas where it matters creating a strange game that visually feels unimpressive but actually ends up surprising you in the end.

The Elex series is what some would call “eurojank”, a game that is made by a smaller studio lacking certain resources but makes up for it in its content and storylines. After 30-some hours playing through Piranha Bytes’ sequel, this sentiment holds true but the difference here is that Elex 2 is a lot better than the original game that came out back in 2017. Despite not being very innovative, it still manages to provide a solid open world experience. 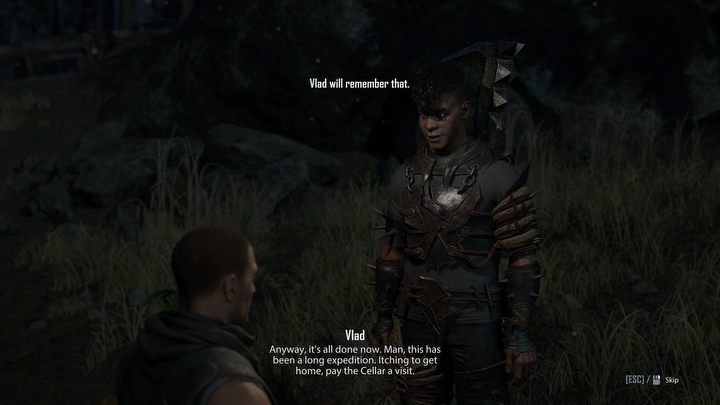 Elex 2 takes place in the same setting as in the original but several years have passed and a new threat now looms on the horizon. Jax returns as the protagonist but this time his mission is to unite the factions of Magalan in an effort to fend off against aliens known as Skyands from dominating the planet. Throughout your adventure, you will need to traverse Magalan’s various biomes and complete quests for these different faction to win them over. It’s a common “save the world” storyline we have seen played out several times, but the setting, characters, and the surprisingly strong voice acting are what connect everything together and give you a reason to keep exploring.

What’s great about the game is that you can go wherever you want right from the beginning meaning you can discover characters who need your help and completely ignore others if you want. Quests range from your usual fetch quests but others offer branching options that even let you make moral decisions that can later impact how the story or certain characters interact with you. Requests from a certain faction tend to stay within their village, but there are many times when factions will interact with one another forcing you to act as the in-between messenger, errand boy, or bodyguard. 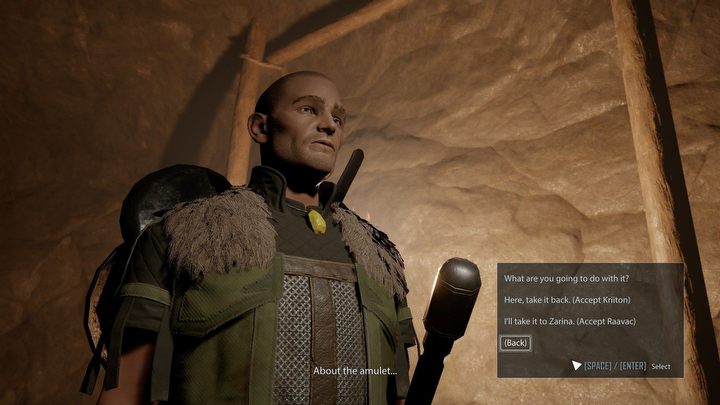 Additionally, what makes Jax’s story even more intriguing is that you can shape his personality how you want based on your conversation choices. During one quest, I was given the choice to lie or tell the truth about someone who had just spent a few weeks illegally trading with another faction. If I lied and covered for him, he would be spared imprisonment, but if I ratted him out, I would have ended the quest and he would have been taken away. During other instances, your choices can also affect the kind of reward you get from a mission or if a quest will end in a fight or not.

Visually, Elex 2 is uninspiring and lacks a competent UI to make its plethora of quests enjoyable to keep track of and complete. Its visuals are also severely lacking for a game where its whole world is filled with interesting people to meet and various locations to explore. Once you get past this initial shock, however, you will realize Elex 2 is a solid RPG with a unique story that grows on you over time.

Impressively enough, the game also remembers whether you did a quest or not and even alters the conversation based on your past choices. It’s a nice touch to see Jax actually call someone out when they mention someone he already met making dialogue seem more organic than you would think. There are a lot of conversations in the game that can easily be skipped, but the voice acting is surprisingly good and helps keep you immersed in its world.

The biggest disappointment to the vast array of quests you can do is how they are tracked and displayed on the UI. For starters, the menu itself leaves much to be desired and looks rather plain and lackluster. Once you start a quest, you actually have to go to the menu, find the quest, and highlight it to activate it on your map to see where you need to go. The problem is that most quests are branching and contain multiple missions for you to complete to fully finish them. However, the game doesn’t think you would want to see a quest to the end so you need to back to the menu to highlight the next mission of a quest each time you finish a portion of it. 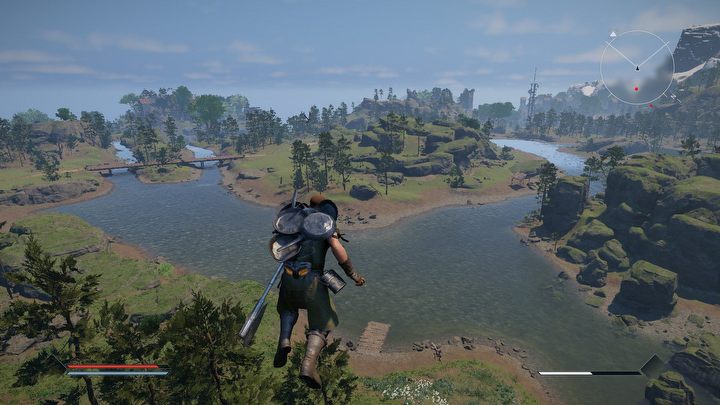 This means you need to keep going back and forth multiple times just to complete a quest to gain some sort of direction of where to go next. It’s one thing if the game intentionally keeps you from knowing where to go next under a specific difficulty mode or gameplay preference, but the option to keep all parts of a quest fully active or not is nowhere to be found so I can only assume this is an oversight that makes completing them a big hassle.

The Jax You Want

Piranha Bytes games are known for making you feel powerless at the start of each of their games, and Elex 2 is no exception. When you first start your adventure, even a common bird monster can kill you if you aren’t careful, and if you forget to save and run into more foes and die, you basically have to restart from the last auto save the game decided to make. Its difficulty makes it frustrating to fight enemies at first, but the reward comes in the form of completing quests and gaining that precious experience you need to finally be able to equip weapons that will put a dent to some of your nightmares.

Enemies are much more manageable once you level up and assign attribute points to your various stats like strength, dexterity, and constitution. More strength points means you will do more damage, but more importantly, also means you will be able to equip that shiny mace or hammer that does a lot more damage than that pathetic pipe you’ve been carrying from the start. 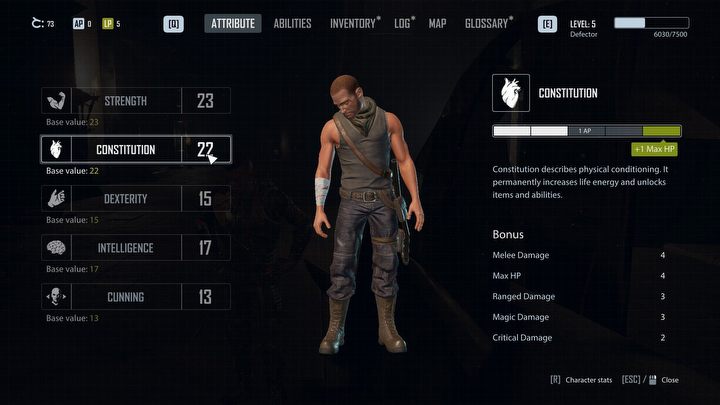 As you meet the various factions, you will also be able to join their ranks and learn various abilities from teachers to further customize how Jax plays. You can focus on passive skills that boost your defenses, lower the price of items, or learn new attacks altogether. If you join the Morkons you can focus on melee attacks, for example, or learn new magic spells from the Berserkers. Joining one of the five factions will open up additional quests while also closing off others so your decision can make for a unique playthrough and a unique Jax each time.

Actual battles are lot more manageable thanks to their improved controls and enemy animations. The original had issues with attacks having bizarre hit boxes, but Elex 2 has cleaned up a lot of these problems and provides for a more responsive battle system. It’s a lot more simple, however, so instead of combos, you can now rely on a working enemy stamina bar that lets you knock enemies down when it gets depleted. Your jetpack also feel more responsive and lets you float away from an attack in conjunction with your dodges or parries. Altogether, combat feels more enjoyable — that is, once you are strong enough to actually survive a fight and live to gloat about it.

As with the original, Elex 2 won’t win any design awards, and frankly, the game feels like it is stuck in the past. Its animations are improved, yes, but the game still looks stale — its characters are ugly, and even certain animations feel rigid. Lighting is also a problem and too much light on certain faces or surfaces sometimes reveal flaws you wish you didn’t see.

Its disappointing visuals are a shame because the post-apocalyptic world of Magalan is intriguing from a story perspective, but get too close to certain ruins or valleys and they will feel barren and lifeless. Settlements are a bit better and have their own unique details that define the people who live in them, but they’re nothing you haven’t seen in any other sci-fi/medieval RPG before. Even enemies and the various monsters you’ll face are forgettable in design. 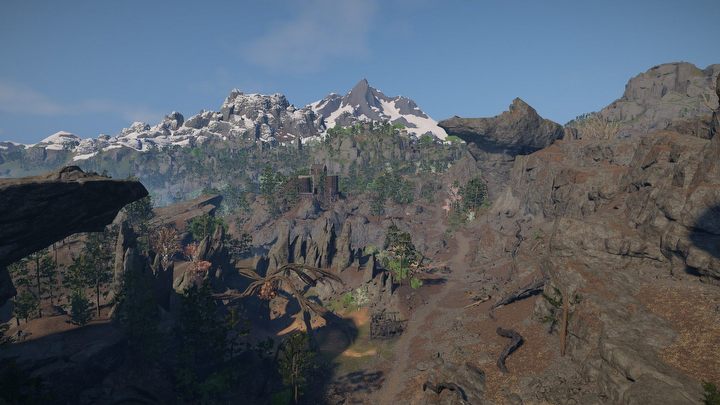 Playing Elex 2 will make you feel like you are playing a game that was made at least 10 years ago. Visually, the game is uninspiring and lacks a competent UI to make its plethora of quests enjoyable to keep track of and complete. Its visuals are also severely lacking for a game where its whole world is filled with interesting people to meet and various locations to explore.

Once you get past this initial shock, however, you will realize Elex 2 is a solid RPG with a unique story that grows on you over time. Even Jax, however much of a jerk or good guy you make him, will become the hero you want him to be thanks to the game’s customization and morality features. The draw of gaining experience and getting stronger are what will keep you playing and looking forward to the next arc in the story. For that, Elex 2 is an acquired taste that can grow on you if you let it. 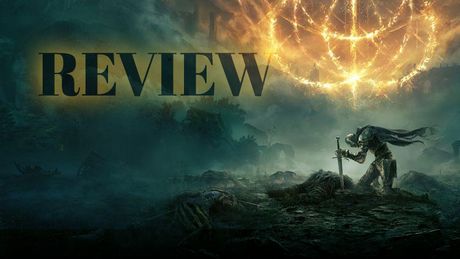 According to our users, Elex 2 for PC was a disappointment - the expectations before the release were higher than the current average user score.