It is said that the most important thing is the first impression and here, Mario Kart Live delivers. The moment the toy go-cart starts whizzing by our house, with us watching it from POV on the TV screen is really something to remember. The problems arise later – when the first emotions subside, the go-cart loses signal, and the whole affair generally becomes boring. Then it will turn out that although the idea is excellent, and the toy car is not bad, the game is mediocre and a few shortcomings can completely ruin the fun.

Does that mean it's not worth it? That's right... Mario Kart Live is very subjective experience. The gadget lover will have fun – even if only for a few hours. The collector will buy it and put it on the shelf. But players looking for a fresh experience or a fun game can be disappointed. Because fun alone quickly gets boring, and buying another piece (along with the switch that drives it) is really costly. Think twice before buying. 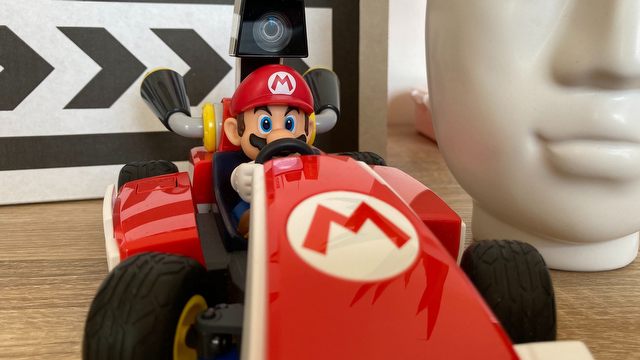 Mario Kart Live is a childhood dream come true for many of us. Because who didn't dream at least once to transfer the virtual gameplay into the real world. Race real cars on city streets, shooting live ammo or experience adventures like Nathan Drake. Mario Kart Live pulls virtual go-karts from Nintendo's iconic racing series and turns them into fully functional toys, and so does something that no one has seriously managed to do so far. Typical Nintendo – likes to experiment and always does everything differently than others.

I got really excited with the announcement of the toy version of Mario Kart, – not to mention what I would feel if I was 10 years old! A ten-year-old who is still dozing somewhere in me, was, in any case, very curious about it. Because Mario Kart Live offers something unique – it's a video game whose action takes place in our own houses. Knowing Nintendo, you could also expect a good execution. Which isn't entirely there. 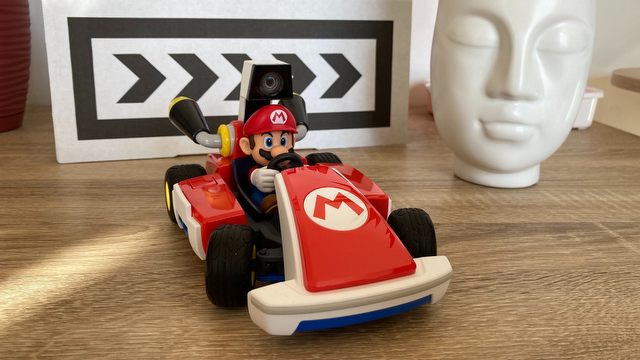 In fact, if you find a suitable place in the house, where, on the one hand, the go-cart does not lose signal (more about that in a moment), and on the other hand, no one will kill themselves on the obstacle course, then it can be a lot of fun. The cart can drift (only in the game, of course; physically, it just goes faster), and virtual power-ups can affect it (eg. they stop the vehicle) – and it really makes quite an impression. At least at first. Then the dream collides with reality – and it's not so rosy anymore.

You start the game, and then you turn the go-kart on. When the equipment is connected, you put down the switch and set up 4 cardboard gates, planning in advance what the track should look like. When everything is ready, you take the console in your hands and direct the vehicle to the first gate. Then, you turn on the track creation mode – pass between successive gates – in this way the game saves the route. Now, there's nothing left but to go back to the beginning and start the race with virtual opponents, or other players (if they have their own Switch and their own copy of the game, that is to say, their own car). 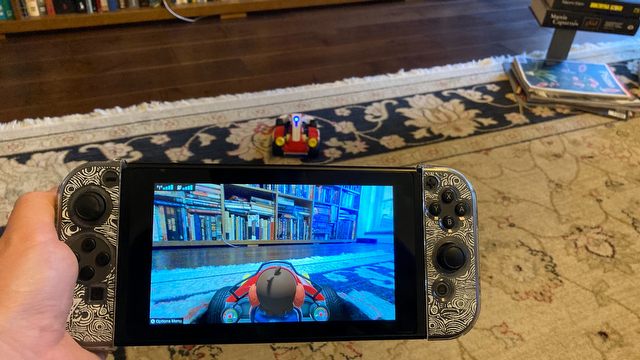 I was delighted with Mario Kart Live. For the first hour or two. Then it turned out that this is not a gadget for me. Let's start with technical problems. In the living room, where I have a TV, I basically can't play. When I put the console in the dock and try to play on the TV screen, the connection between the Switch and the go-card is almost non-existent. Unfortunately, when I switch to handheld mode it isn't a lot better – the signal ends a meter or two from the cart. As a result, instead of having fun, I have a slide show that looks like you're trying to launch The Witcher 3 on a ten-years old laptop. It's difficult for me to say what the reason is – I didn't have other wi-fi devices right next to me, and it would be difficult to give up all of them just to play a cart –but that's the fact. I can't play on the TV. I don't have any connection problems with the computer room ... but I don't think it should be like this.

CARPET IS YOUR ENEMY

Carpets are a problem for Mario Kart Live. I just rolled up mine, because the cart was able to ride on it.

However, I will admit that technical problems, although I do not underestimate them, are secondary to me. I finally found a quiet place to play, so they can be avoided – this is the first such toy, so I have a lot of tolerance for shortcomings. The problem is that the game itself is simply underwhelming. Remember those amazing routes in Mario Kart? Hurtling over precipices, whirling crazy barrel rolls and loops. Well, none of that is in MKL, not even in a simplified form, because the game does not recognize elevation. Even if you manage to create some (eg. with books), the game will not recognize them correctly. As a result, it was difficult for me to make tracks that were different from each other – and I found myself going in circles. The game has quickly become repetitive, and therefore boring. 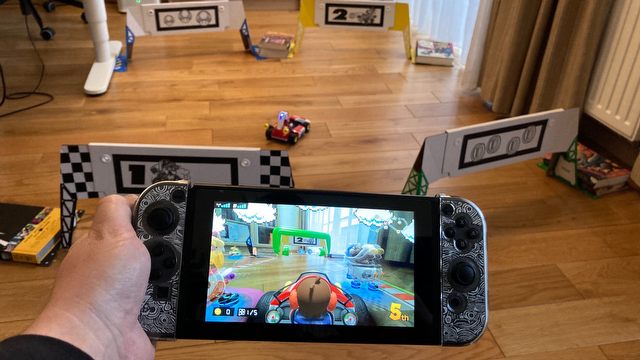 That's right, there's quite a lot of content in it. We have two modes (Grand Prix and time trial), as well as a lot of Mario costumes or go-kart variants to unlock. There is no shortage of classic speed modes, aka difficulty (50cc, 100c, 150cc), but for me it wasn't enough. What's the use of a new jacket for Mario if the next race looks exactly like the last one? What's the kart speed gonna change if I just don't want to reach for the toy?

So if Mario Kart Live works as a toy, it doesn't quite work as a game, at least not for me. I suspect that younger players will not experience this problem of boredom, which I feel – a bored veteran (I used to play Ignition a lot, and today I would yawn after 30 minutes). MKL should also work as a party game – you will find plenty of evidence of this on the web. The problem is that it's not enough to get an additional cart; you also need additional Swtiches.

Is it worth it? 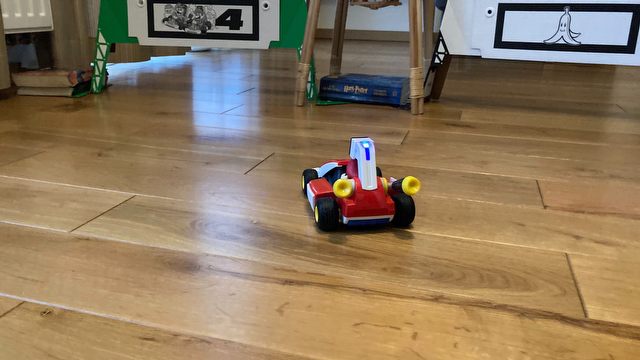 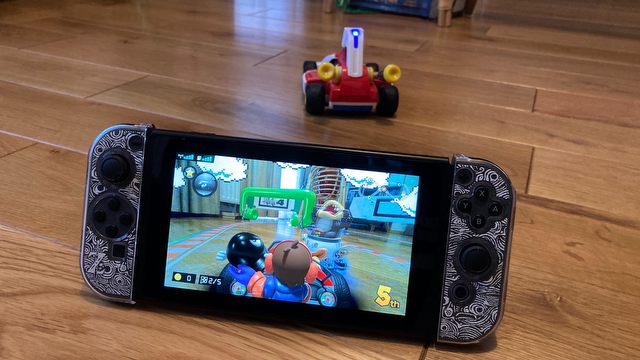 The answer to this question is not easy. The case of Mario Kart Live, however, it's not just about whether it's a good game. What's also important is what people buy it for. If you think of it as a toy that is supposed to provide younger players with uncommon fun, then it probably is worth it. Yes, the problems with connection will require you to work extra hard before starting the game, but you will probably learn over time how to get around the limitations of the equipment and which rooms are best suited for racetracks. Nevertheless, for the price, I would advise against this purchase – maybe when it's worth waiting until it becomes less pricey? I'm sure the potential disenchantment will be less painful.

I complained a lot in this text, but this does not mean that I have only a negative attitude towards Mario Kart Live. I appreciate the risk Nintendo took – it's a fine idea, and it may become a phenomenon in a few iterations. Like many innovative ideas, this one also starts with some problems. It would be a shame if AR toys were to end with Mario Kart Live. 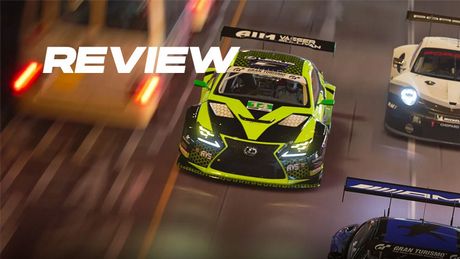 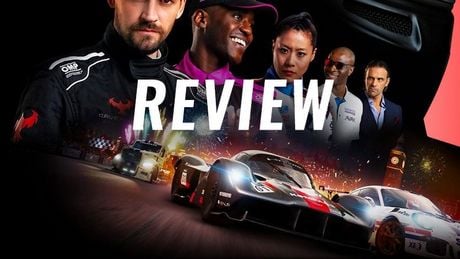 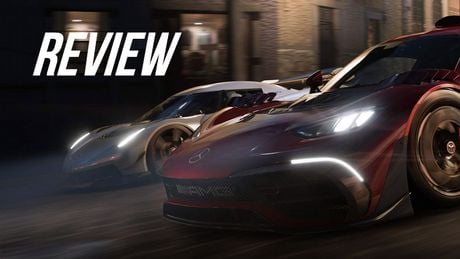