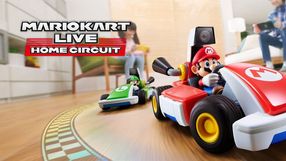 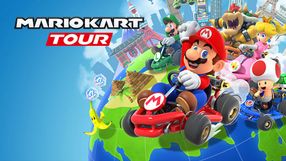 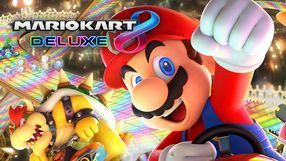 An enhanced port of Mario Kart 8 developed for Nintendo Switch. Mario Kart 8 Deluxe reprises a lot of elements known from the two previous installments of the series, such as motorcycles, gliders, the ability to perform somersaults, or underwater racing. However, the developers introduced an interesting novelty – anti-gravity racing, in which we can stick to walls or even to the ceiling. The game doesn’t contain a story-driven single player campaign – we focus on taking part in a series of competitions in which we can race against AI-controlled opponents, as well as other players. Mario Kart 8 contains several multiplayer variants, including online as well as local game modes (split-screen, or a wireless mode for up to eight players). The new edition contains all of the content present in the original game, including released add-ons, at the same introducing new tracks and characters, such as Inkling Girl, Inkling Boy, King Boo, Dry Bones, or Bowser Jr.

Mario Kart 8 is – despite its name – the eleventh part of the famous arcade racing series from Nintendo, as well as the first installment created for the Wii U console. Once again we can take control of the Nintendo's most famous characters, driving their wacky vehicles. In terms of mechanics, the game borrows several solutions from the previous titles, such as underwater races or performing airborne stunts to gain points, and offers vehicles like motorcycles and gliders. Aside from well known boxes with various power-ups, racing tracks are filled with coins known from Super Mario Kart. One of the most important innovations are anti-gravity races, during which we can drive on walls and even ceilings. This is completed by traditional multiplayer modes, which allow for online or split-screen competition with other players.

Mario Kart 64 is the next installment of the cycle, launched in 1992 and coming from the Nintendo stable. This time the main theme is not the fight against all the evils of the world by the fearless Mario - the protagonist, together with his friends and the biggest enemies, stands for sporting competition behind the wheel of go-karts.

Mario Kart DS is yet another game from Nintendo, presenting the entertainment-seeking players with an icon of the concern, i.e. an unfashionably narrow plumber. This time, however, it will not be another lonely crusade. All the bad and good Toadstool world gathered on the go-kart tracks to select the winner in an unusual competition for them. Of course, there is some time for malice in this sporting competition.

Mario Kart. Haven't anyone heard of this game? If you are one of those people, it's time to catch up, because it's one of the most deserving series for the world of electronic entertainment.